You probably go to enough buffets in Singapore and have seen the best and the worst of people. Admit it, when it comes to free-flow food, many unleash the inner beast in them.

Dining etiquette almost always never applies when it comes to buffets, not even in the most prestigious of hotels. Although we diss those who conduct themselves poorly in buffets, we might also be guilty of some of these acts. Hogging the sashimi counter? Camping at the lobster grill? They are all relatable.

Find out what kind of person you are at a buffet and what are the other people you might meet there.

The Queen of Buffets. the auntie knows exactly what to do and even has a strategy and game plan for the course of the meal.

The “auntie” knows exactly what to do and even has a strategy and game plan for the course of the meal.

Buffet starts from 12pm and ends at 3pm? You don’t have to worry about the “auntie” because she will always come early, be the first to be seated and makes sure she rushes to be the first at the seafood counter.

“Do they have a salad bar?

Buffet doesn’t mean getting off track for the health nuts and gym rats. They will hit the meats for proteins, but still balance out their diet with vegetables.

But really, who goes to a buffet and stuff themselves silly with salads…? 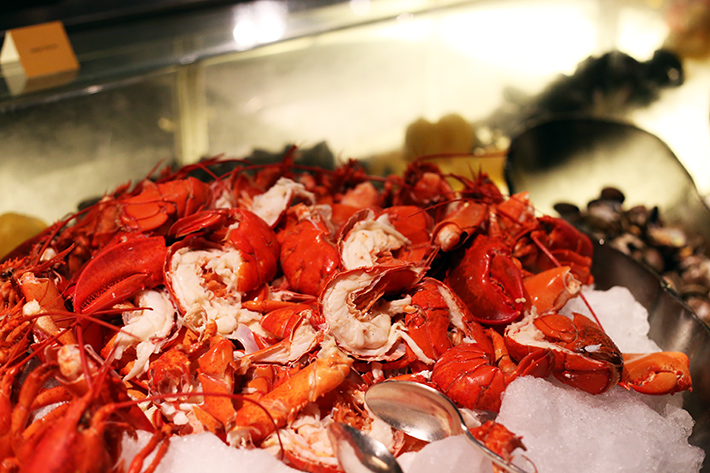 Although they can be the most annoying of the lot, most of us are guilty of camping at the “good food” counters and are the first to grab the freshly grilled lobsters and steaks.

The hoggers pretty much drill their feet right in front of the counter they like the most, while the rest try to ease their way in.

“Don’t drink too much water, don’t eat any vegetables and cannot touch the rice and noodles!”

The “Kiasu” ones are always seen sprinting to the sashimi counter, piling their plates high with salmon sashimi; or running to the counters every time they spot a fresh batch of food coming in. Anything but the “cheap stuff”.

They are most commonly seen at every buffet ever. 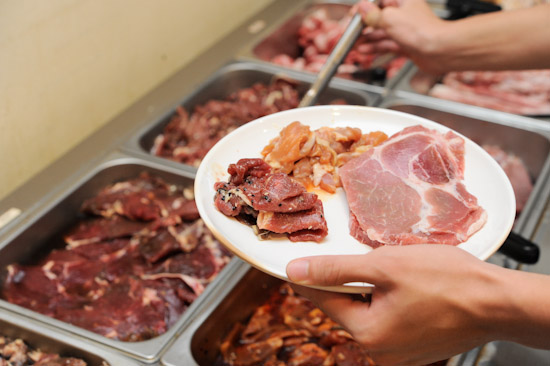 The carnivores make every cent worth as they take seconds of the steaks, ribs and roast meats. They don’t bother with anything else because to them, meat is life.

We all know who the crazy fans of sashimi are because they are the reason the sashimi counters are always empty. All they eat throughout the meal is fish and even more fish.

Salmon, tuna, swordfish… it doesn’t matter what fish it is, they will eat anything. (They are also borderline auntie and “kiasu”.)

Yup, they’re the ones who stack their plates so high with food, you’re not sure if they can make it back to the buffet counters for round two.

And then they surprise you with many rounds of stacking. Boy, can they eat! 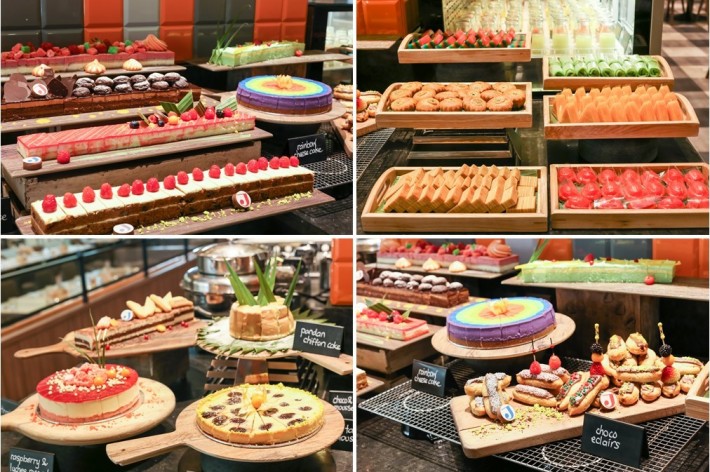 #8 THOSE WITH A SWEET TOOTH

These people are always seen at the desserts corner. Just give them anything sweet and they are good to go.

It does sound a bit OD though, like… how many slices of cakes can they eat?!

You know what this means. The “blessed” ones are those who never seem to get fat even after stuffing themselves with so much food. The people around them are always green with envy because they have no problem hiding their food belly at all.

There are two kinds of drink enthusiasts—ones who really enjoy their accompanying champagne or wines, and those who take advantage of free-flow and are almost drunk when the buffet comes to an end, you know who you are.