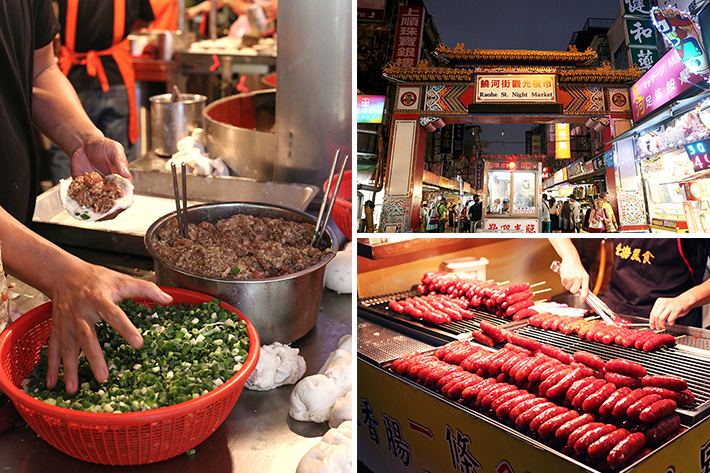 For an authentic Taiwanese experience, head over to Taipei’s oldest night bazaar – Raohe Street Night Market. The bustling market is a stone’s throw away from Songshan MRT Station, hence making it an easily accessible attraction. Vendors will start setting up their stalls at 5pm, but the best time to drop by is around 7pm – where you get to catch the action in full force.

A trip to a night market in Taiwan might be daunting (especially for those who can neither read nor speak traditional Mandarin). Fortunately, our bilingualism has allowed us to compile a useful guide to Raohe Street Night Market. From queuing up for hu jiao bing, eating Chinese sausages to playing old-school games, here are 15 tips on what to eat and what to do at Raohe Street Night Market! 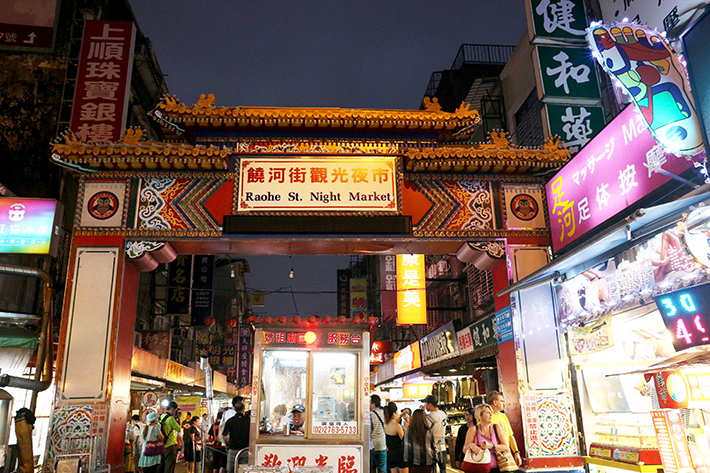 WHAT TO EAT AT RAOHE STREET NIGHT MARKET

Caution: Raohe Street Night Market’s sheer number of food stalls will have you spoilt rotten. We suggest you walk around before diving straight for the first shop that captures your fancy. Many shops sell the same delicacies and most of these vendors do not have English menus. 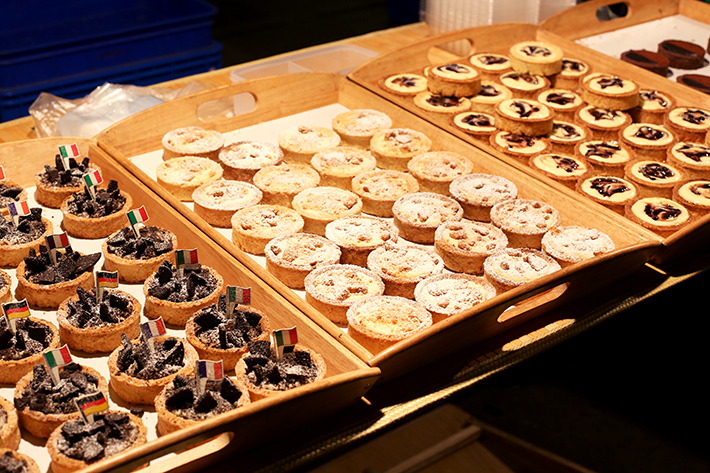 Without a doubt, Raohe Street Night Market sells predominantly Taiwanese and other Asian delicacies. But that’s not all. You can also expect some Western-inspired dishes such as freshly baked French treats. How about some blueberry cheese tarts for those with sweet tooth? Upon arrival, you will see a long queue formed outside Raohe Street Night Market’s main entrance. Everyone is queuing up at the market’s most famous stall and it is selling only one item: Black Pepper Bun aka Hu Jiao Bing. These piping hot buns – prepared and cooked in front of you – are stuffed with a peppery minced meat and vegetable stuffing. 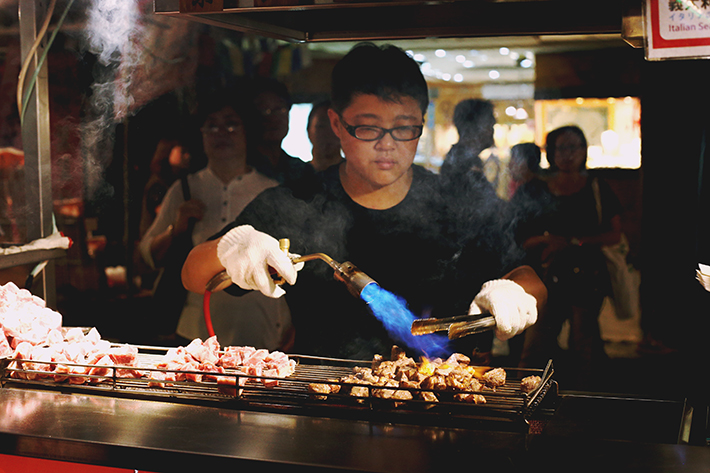 There are numerous shops selling Torched Beef Cubes at Raohe Street Night Market. The succulent bite-size beef chunks are cooked fresh-to-order and you can complement these tasty flesh with various toppings. We asked for a recommendation and were recommended rose salt. 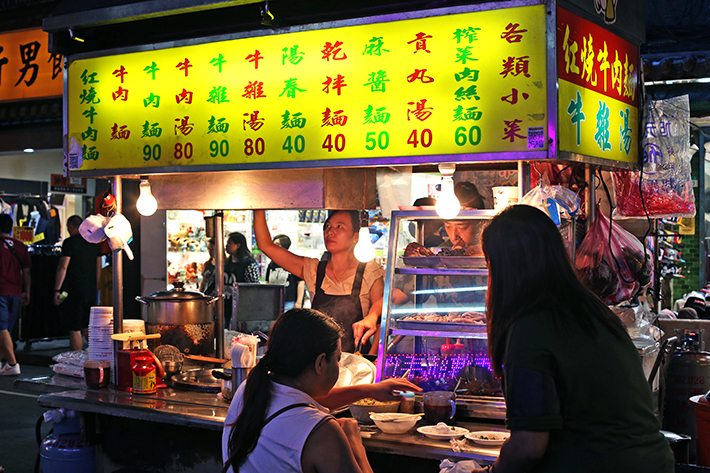 The Beef Noodle is a classic Taiwanese delicacy and every street in Taipei sells this aromatic dish. What you can expect: Tender beef slices served in a rich savoury broth alongside thick bouncy noodles. A bowl of Beef Noodles at Raohe Street Night Market only costs NT$90 / S$4. 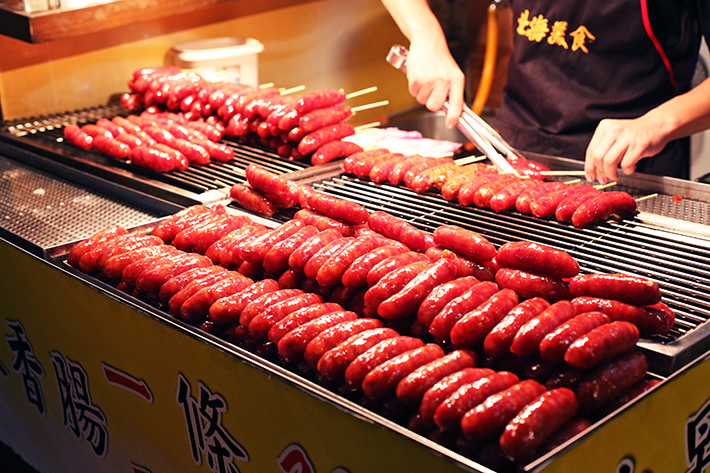 The Taiwanese natives’ take on Chinese sausages are also known as Xiang Chang. These chunky, fat and juicy sausages have a distinct sweet aftertaste due to the generous amount of sugar used in its preparation. They are commonly seen in night markets and sold on skewers. 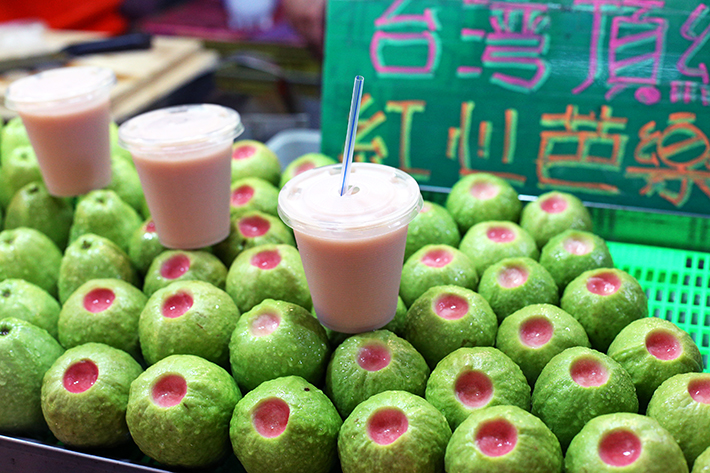 Take a stroll around Raohe Street Night Market and you will come across several vendors selling freshly squeezed juices. From pink guava to watermelon, these nutritious chilled juices are great thirst quenchers. 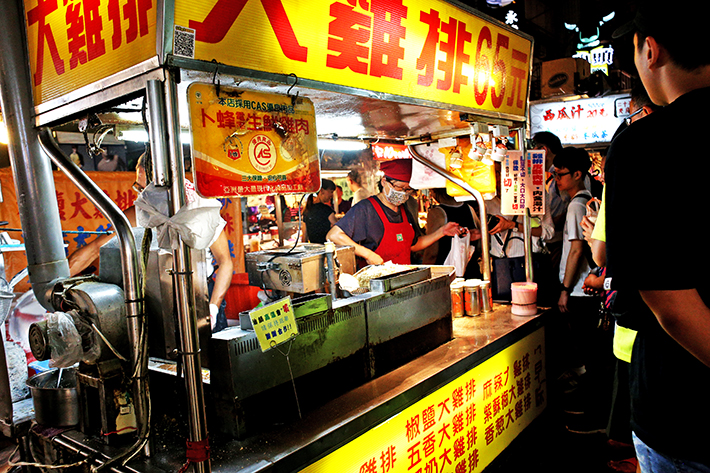 Fried Chicken Steak otherwise known as Ji Pa is a crowdpleaser and the snaking queue around it is a testimony to its popularity. Interestingly, we walked around the entire Raohe Street Night Market and saw only one stall selling these deep-fried poultry cutlets dusted with chilli powder. 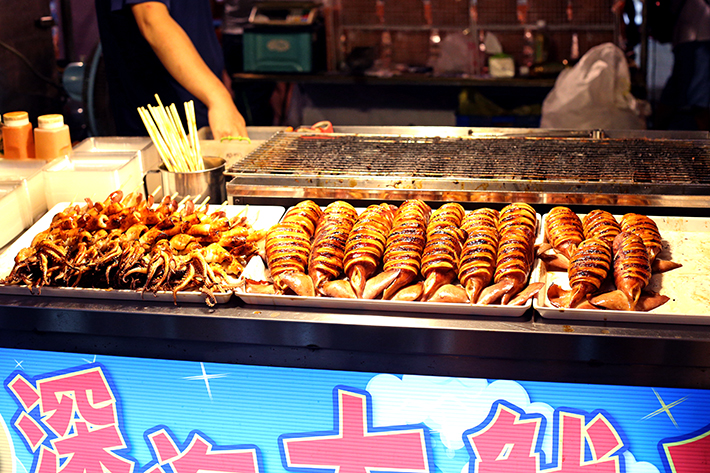 There are quite a handful of shops selling gigantic grilled squid. These fresh seafood are cooked on the griller till its outsides achieve a golden brown hue. Seafood lovers must not miss out on these chewy calamaris! Choose from either the flattened or unflattened squid. The concept of Lu Wei is pretty similar to our Yong Tau Foo i.e. pick whatever ingredients you fancy from the cart and place them in your assigned container. The food will then be chopped up and cooked in a savoury broth. Some stalls will fry or grill your desired ingredients instead. 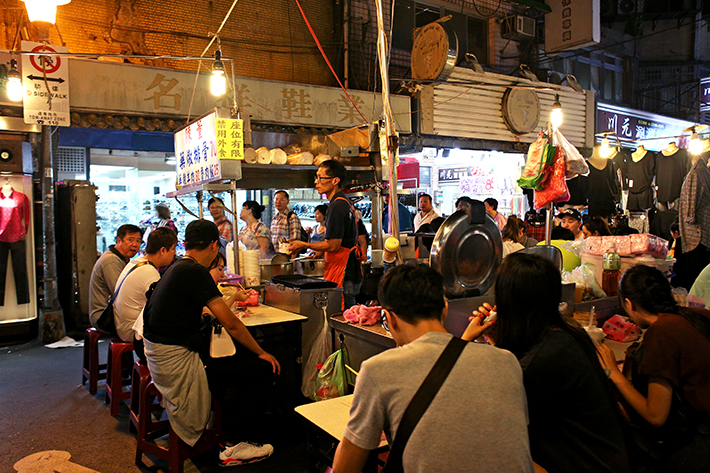 Raohe Street Night Market’s Pork Rib Soup is almost equivalent to Singapore’s Bak Ku Teh. The key difference between these two is that the Taiwanese’s interpretation uses a lot more herbs, whereas the Singaporean version focuses on its peppery stock.

WHAT TO DO AT RAOHE STREET NIGHT MARKET

Surprise, surprise! There is a lot more to do at Raohe Street Night Market than just eating. The carnival spirit is alive and you can partake in a series of traditional games such as mahjong, fishing and even pinball. There are even a few fortune telling booths. Sounds like fun huh? 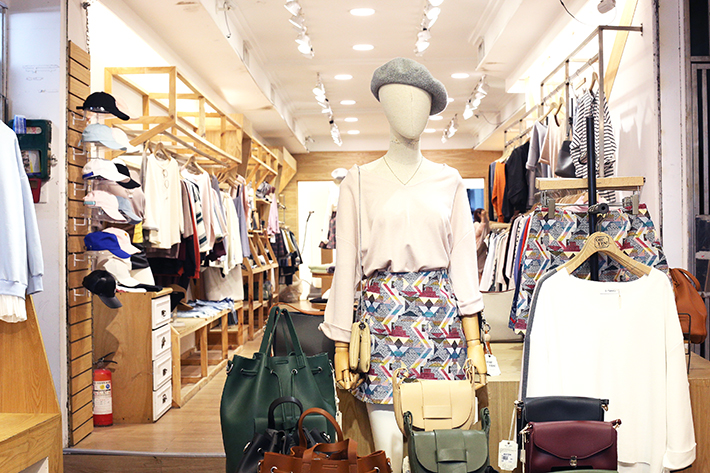 Trendy retail stores line the two ends of Raohe Street Night Market. You can look forward to chic clothing, fashionable accessories, cutesy gadgets, stylish menswear and more. These items are surprisingly very affordable and you will probably spend a good some time shopping. The number of activities at Raohe Street Night Market really surprised us to no end. You can even relive your childhood memories and recreational fish for fishes. Those with little ones will definitely enjoy this leisure activity. Have a penchant for shooting? Well, put your aiming skills to test and have a go at the shooting games. Those who have ‘shot’ down enough balloons with the pellet guns will be rewarded with plush toys. 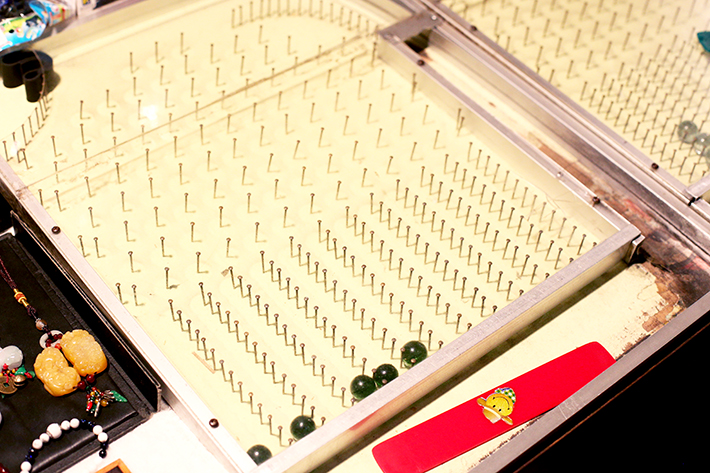 Things are indeed kept simple at Taipei’s oldest street night market. You can play a game or two of retro pinball – operated by a marbles and steel pins. The older generation will find these games immensely nostalgic. 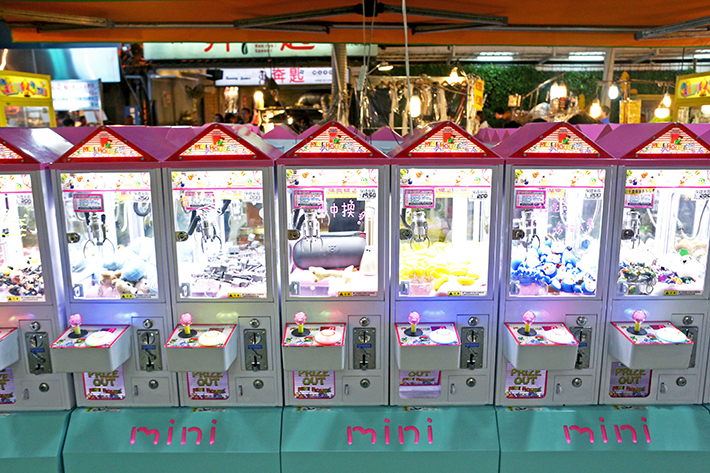 Most of us have a love-hate relationship with the UFO Catchers. These machines are extremely common in Raohe Street Night Market and each machine contains a diverse selection of prizes. There are keychains, soft toys and even mobile accessories. The odds are mostly against you, but we do see people successfully catching some prizes.

Read: 25 Reasons Why We Love Taipei.