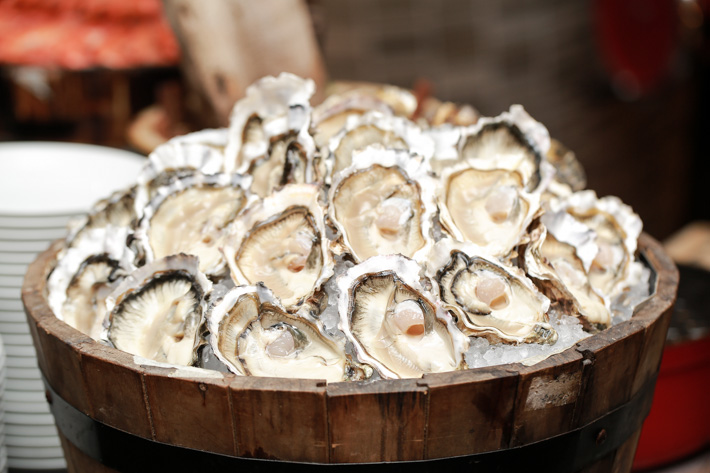 Fresh from the sea, these hard-shelled wonders taste like heaven. Savouring a fresh whole oyster is bliss. Oysters from different parts of the world carry with them their own unique taste and there are hundreds of one-of-a-kind oyster varieties all over.

Oysters have slowly but surely become a food of choice for many, oftentimes recommended to be paired with some of the most luxurious wines.

Also known for being an aphrodisiac, oysters are high in zinc and are frequently referred to as the most romantic food to have on a date because of its containment of amino acids that scientists have proven to trigger production of sex hormones.

Oysters are just so versatile. But how much do we actually know about them? Today, we explore the different types and how to eat them. But because it is such a big topic that we can go on talking about for days, this is but the tip fo the ice berg—nothing too overwhelming for beginners. 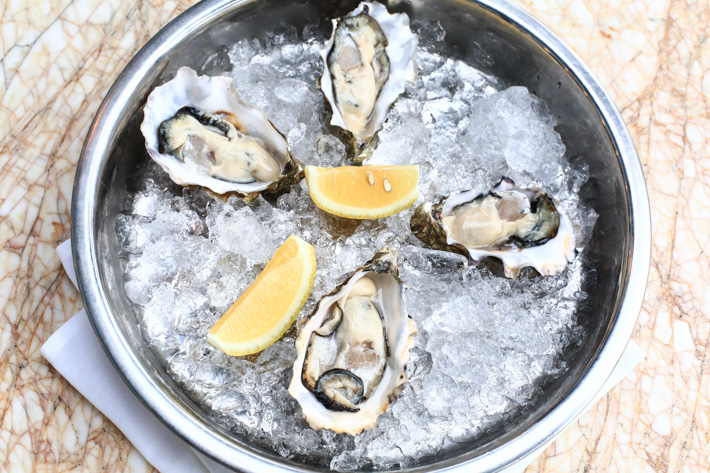 Here is a fun fact: oysters do not have central nervous system; hence like plants, they may not feel any pain at all. Because of this, some have even suggested that oysters are in fact, vegan. Shocking? 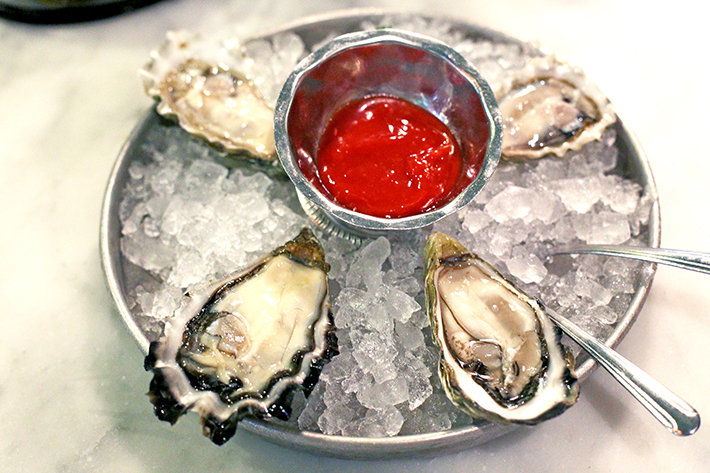 To put it in simpler terms, they are Pacific oysters, Kumamoto oysters, Atlantic oysters, European flats and Olympia oysters.

“Good food and good eating are about risk. Every once in a while an oyster, for instance, will make you sick to your stomach. Does this mean you should stop eating oysters? No way. The more exotic the food, the more adventurous the serious eater, the higher the likelihood of later discomfort.” – Anthony Bourdain, Kitchen Confidential (2000).

Pacific Oysters
Pacific (or Japanese) oysters tend to be meatier and creamier. Some popular types include Kusshi and Marin Miyagi.

Kumamoto Oysters
Kumamto oysters are more deeply cupped with smaller meats inside. However, these meats are usually a lot sweeter and easier to consume, even for beginners. It is also known as the ‘Chardonnay of oysters’.

Atlantic Oysters
Atlantic oysters are usually a lot bigger and they are most commonly found in North America. Their taste come with a slight metallic finish.

European Flats
Native to Europe, as per its apt name, the European Flat oyster is usually large and quite rare compared to other commercial types. They have their own unique taste that differs greatly from the rest—rich and extremely flavourful.

Olympia Oysters
The Olympia oysters are tiny and are almost extinct right now, hence it is the least common type of oyster found in this day and age. 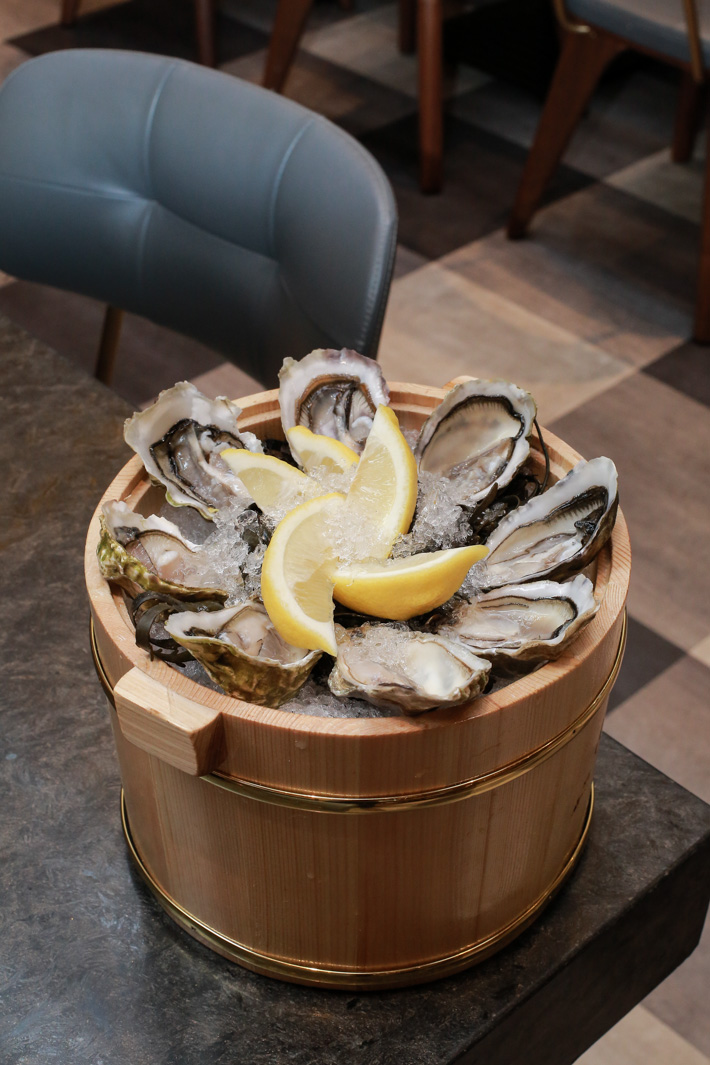 HOW TO EAT OYSTERS

Oysters are meant to be slurped whole. However, do you know what the tiny fork given is for? A part of the oyster is attached to the shell, and the purpose of the tiny fork is to release it from the grip so that you can eat your oysters with ease.

To really taste how amazing your oyster is, skip any extra ingredients completely. However, if you must, add a dash of lemon, cocktail sauce, vinaigrette or horseradish just to amplify and complement the oyster, without completely masking its natural taste.

Also, a tip for beginners is to not chew the oyster so much; in fact, you can swallow them after one or two bites. 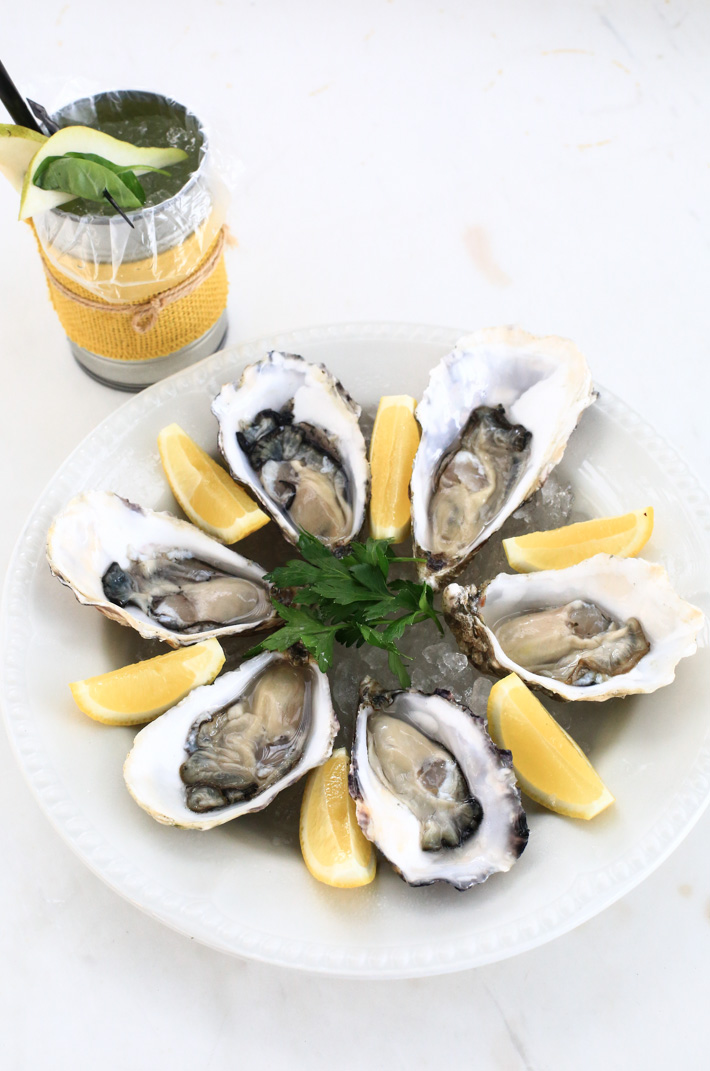 WHAT THEY ARE BEST PAIRED WITH

Some popular pairings are with Chablis, Dry Champagne, Muscadet and other crisp, dry white wines such as Sauvignon Blanc and Chardonnay, or Guinness and other stouts.

Dry wines or champagne are usually recommended for raw oysters and for the latter, the bubbling of the drink complements the oysters really well.

However, if you are consuming cooked oysters, go for some sparkling wine or Chardonnay. Also, if you are a fan of stout, a pint of Guinness goes seriously well with fresh, unseasoned oysters, freshly-shucked. 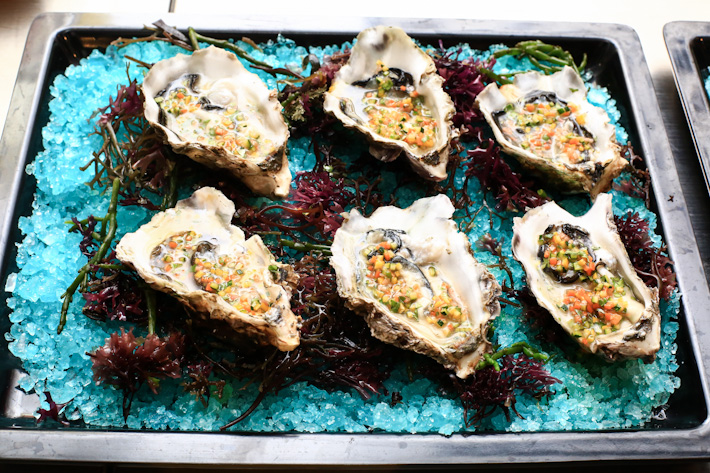 Besides the obvious sexual health benefits, oysters are actually great because they have 16 grams of protein per 170g serving, are rich in vitamins C and B-12 and they are also loaded with zinc, selenium, and iron.

Oysters are also a huge source of beneficial cholesterol, antioxidants, omega-3 fatty acids, and water. This can boost your body’s overall health.