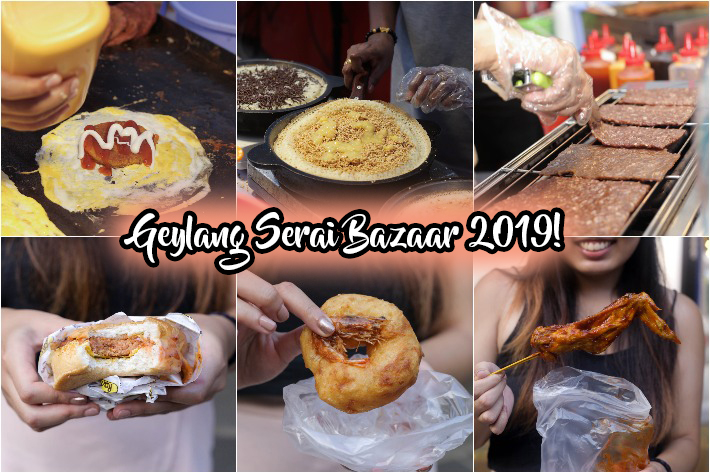 Geylang Serai Ramadan Bazaar begins welcoming in the crowd from 03 May to 05 June 2019.

Geylang Serai Ramadan Bazaar 2018 was widely criticised for offering mostly hipster food rather than traditional Malay snacks that are usually found at the annual Ramadan event. The organiser has taken the feedback and 60 per cent of food stalls at Geylang Serai Bazaar this year will be offering traditional Malay food, while the remaining may offer “contemporary” or “hipster” options.

In addition, the stalls at the bazaar are also required to be either Muslim-owned, certified halal by the Islamic Religious Council of Singapore (MUIS) or fulfill a halal criteria set by consultants engaged by the bazaar organisers.

Prepare lots of change and tissues but before you head down, read on to know what to expect. In the labyrinth of the bazaar, here are some foods you deserve for braving the heat and jostling crowd at Geylang Serai Ramadan Bazaar 2019.