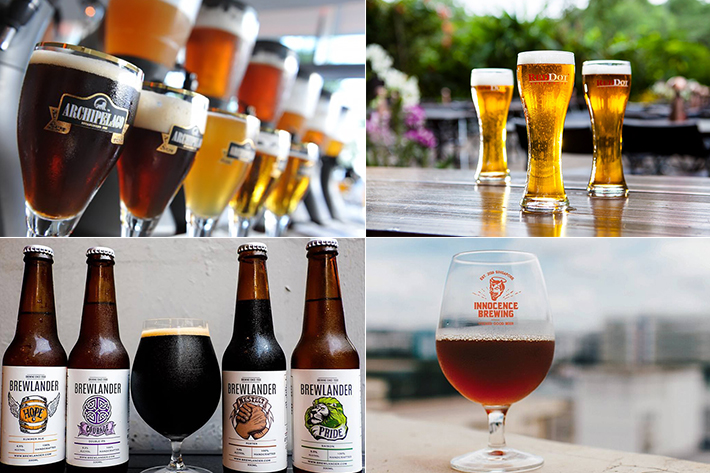 Beer aficionados have truly been spoilt with so many new craft beer establishments popping up all over the island in the recent years. Varieties and different styles of craft beer from all over the world number in the thousands—from American IPAs to Taiwanese fruit beers. It is almost impossible to try every single one of them within a lifetime.

While many of the craft beers you find in supermarkets nowadays are predominantly foreign—from either the USA, UK or other European countries—there are in fact, many Singaporean breweries that have been crafting some interesting brews of their own.

Want to get a taste of crafty local lagers? Here’s a round-up of our favourite Singapore craft beer breweries you can totally be proud of.
END_OF_DOCUMENT_TOKEN_TO_BE_REPLACED Their forward-looking philosophy is a major plus point as diners can always expect something creative when it comes to their food offerings; their signature craft beers are brewed in-house and the beer-inspired grub they have been dishing out since they first began operations in 2014 is impeccable, to say the least.  END_OF_DOCUMENT_TOKEN_TO_BE_REPLACED