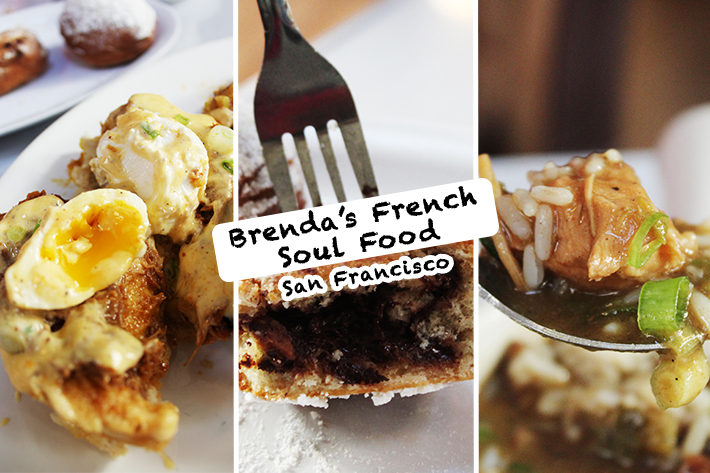 Headed by Chef Brenda Buenviaje who grew up in New Orleans, Brenda’s French Soul Food is the place to dine at when you’re looking for some good ol’ Southern style of cooking in the West Coast.

Located on Polk Street and dubbed by some as one of the best restaurants in California, Brenda’s French Soul Food serves up an array of New Orleans-style of dishes which have been prepared using Creole cooking with French technique to invent the term ‘French soul food’.

As we arrived at a rather early time for brunch, it didn’t take long for us to get seated at a cozy table where we were handed a rather extensive-looking brunch menu which included their unique house favourites and signature beignets. 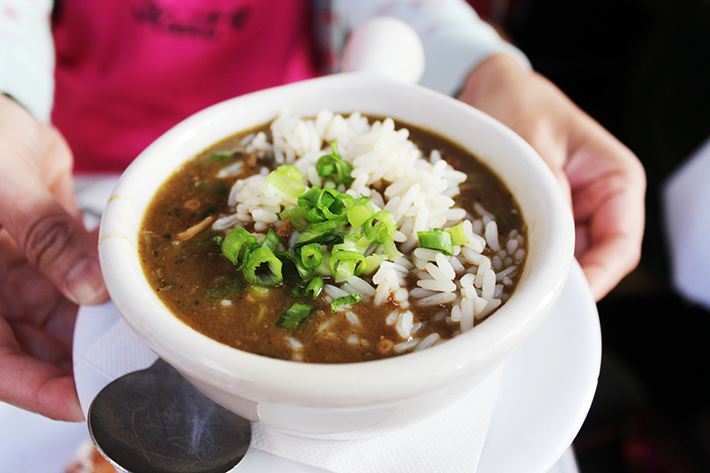 Though it looked unassuming, we had to say that we were pleasantly surprised with our cup portion of the Chicken, Sausage & Okra Gumbo (USD$6).

As the ingredients were already mixed in with the rice in the form of a stew, we had thought that there would be a disjoint in taste. However, the gumbo proved otherwise with its amazing burst of wholesome flavours. In a simple sense, the gumbo was very much the tastier and more flavourful western version of our mui fan. 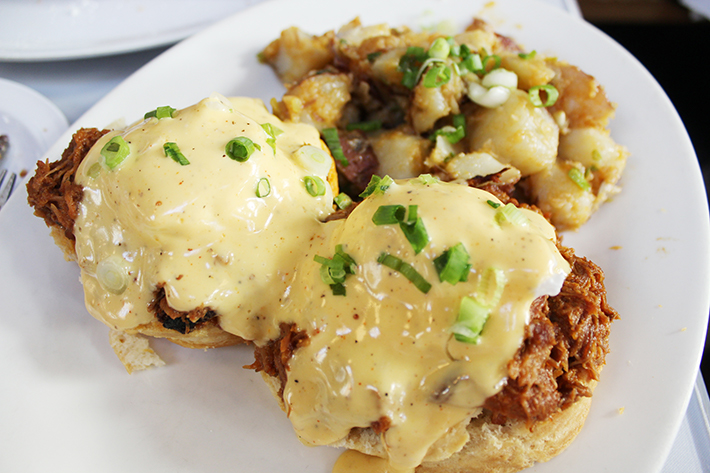 Probably the heartiest version of eggs benedict that we’ve ever tried, Our Eggs Benedict with Pulled Pork (USD$14.50) arrived with a serving of hash and two poached eggs that sat atop cream biscuits that were drenched with a layer of creole hollandaise. 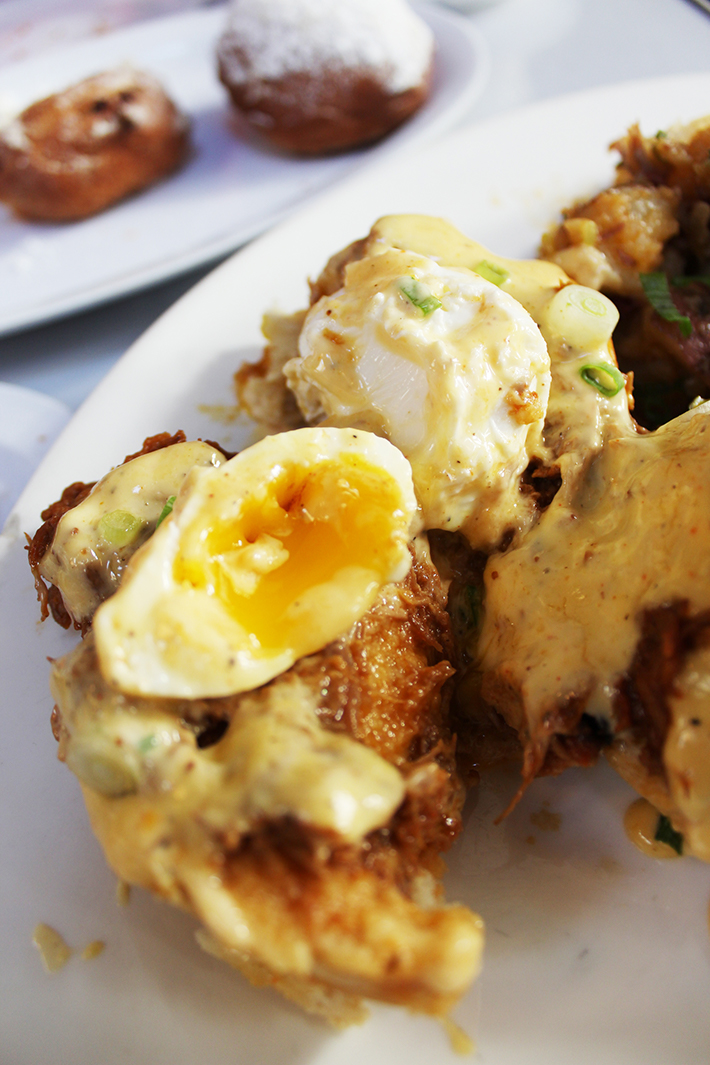 Despite having the saucy pulled pork nestled on the top of the biscuits, they were still able to maintain their soft and crumbly texture. When paired together with the poached egg and pulled pork, the dish presented a good fusion of flavours which paid homage to the Creole cuisine.

While it might be possible to finish the dish on your own, the richness of the hollandaise could prove a little too filling. So, we would recommend sharing this dish with another person. 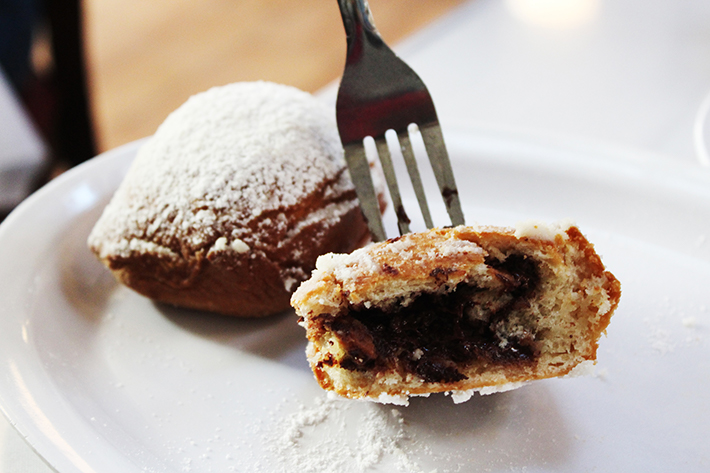 Filled with molten Ghirardelli chocolate, our beignets arrived fresh from the fryer in a plate of three. Unlike your typical jam-filled doughnuts, these beignets were a lot more doughier which did make chewing a little tougher.

Though we had a bit of a struggle with the chewy fritter, we really liked the chocolate filling within which wasn’t too sweet. We suggest that you order the beignets after you’re done with your main meal as they could be a rather filling snack. 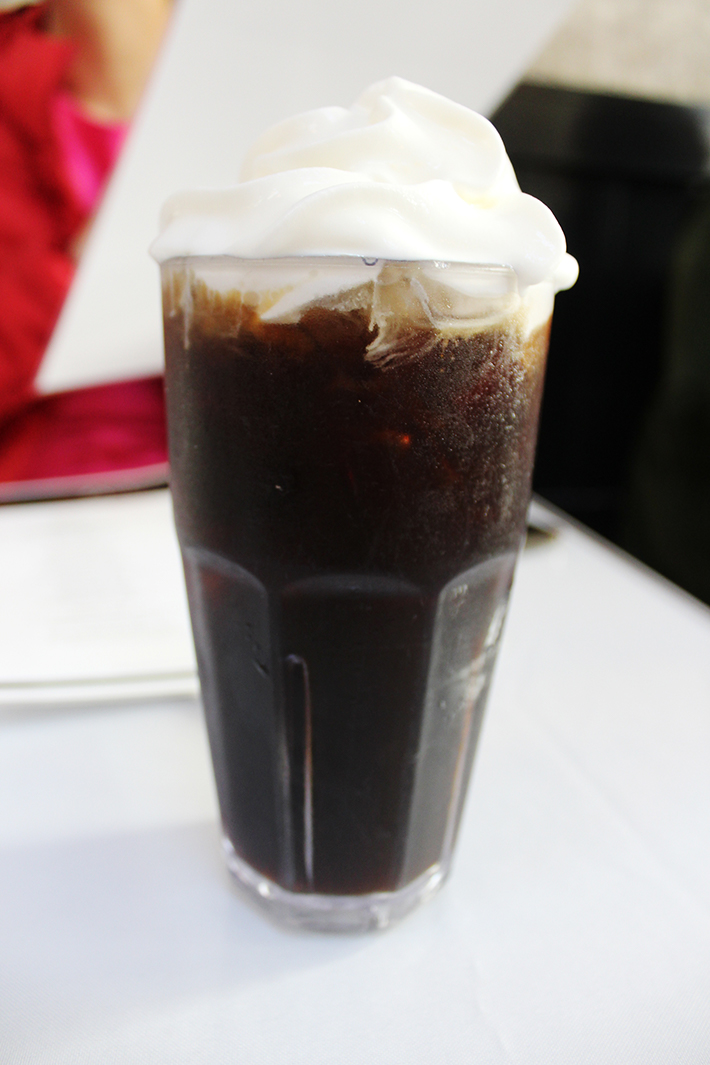 Another winner in our book was Grandma’s Molasses-Black Walnut Iced Coffee (USD$5) which came with whipped cream on top. Unlike some potentially strong black coffee, we were pleased to find that this version of iced black coffee came slightly sweetened with a slight walnut note.

Instead of having any kind of accompanying milk, the whipped cream acted as a sort of creamer which complemented the drink, making it a good cup of medium-bodied coffee. 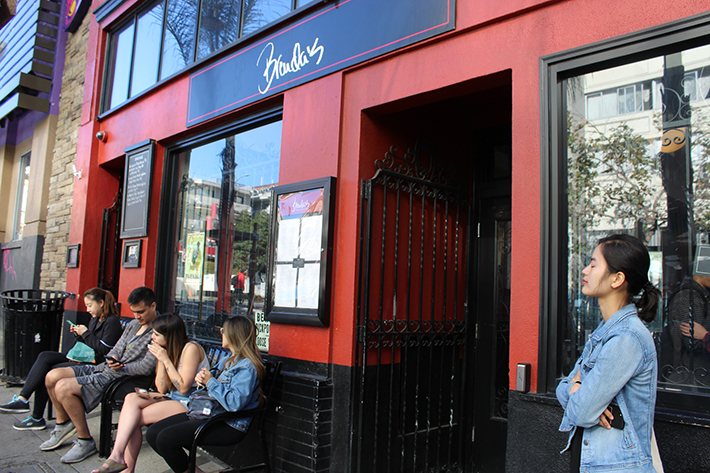