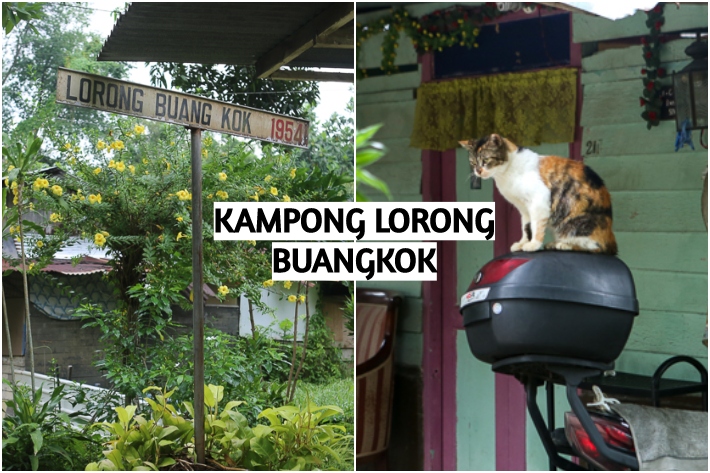 Shrouded amongst the sleek concretes buildings and smooth cemented roads is a beautiful cluster of old and rustic houses that make up Singapore’s very last kampong.

While most of Singapore’s kampongs have given way to tall HDB flats, chic condominiums and massive shopping malls, Kampong Lorong Buangkok remains untouched by time and this little plot of land is a reminder of Singapore’s golden yesteryears.

One foot in and you’ll feel like you’ve been transported to a completely different country; low-rise single storey houses, old dirt roads and exposed telephone wires are surrounded by thick, lush greenery. If you’re up for a nostalgic experience, this is the perfect place to head to.

The land was originally a swamp that was later on bought over in 1956 by a traditional medicine seller, Sng Teow Koon. The land was then rented out to Malay and Chinese families to build their houses. At one point, around 40 families lived in the kampong, but as times changed and more people moved out, only about 30 families continue to reside in the premises.

We love how everything here is much more relaxed and slow-paced as compared to the hectic hustle and bustle of the city. 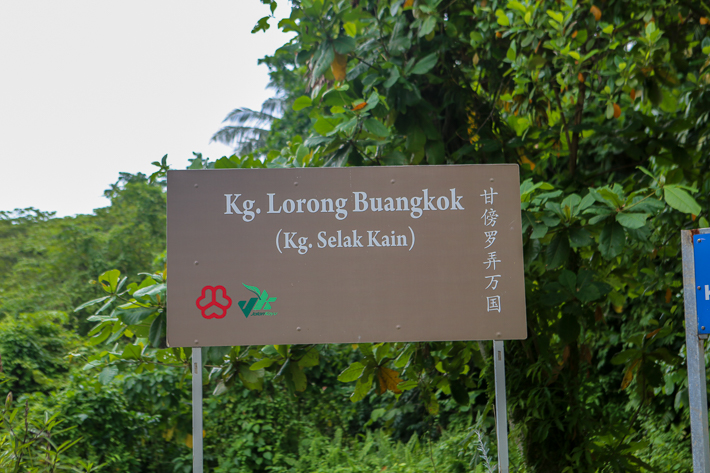 There is only one main entrance to the kampong along a long, bumpy road. Look out for the sign that neatly spells out ‘Kg. Lorong Buangkok’ and you’ll know that you’re at the right place. 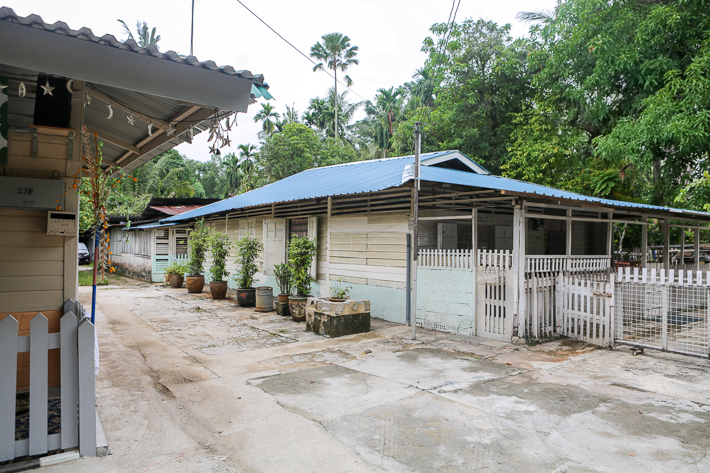 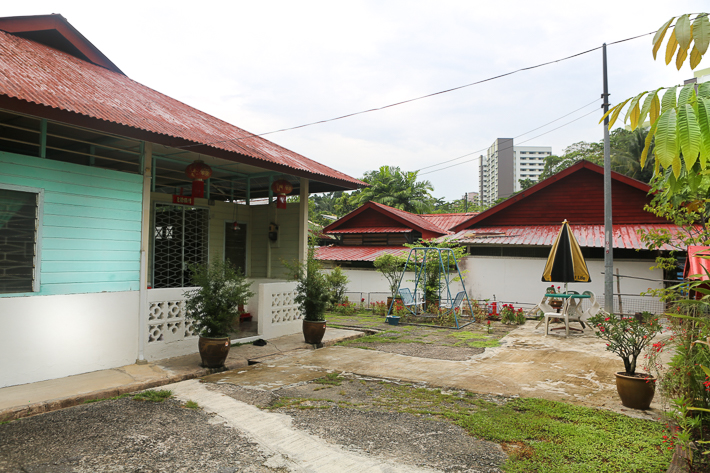 The one-storey houses here have evidently stood the test of time. Made of wood with zinc roofs, many of them were a little run down but yet at the same time, you have to remember that the houses here are least half a century old so that is inevitable. 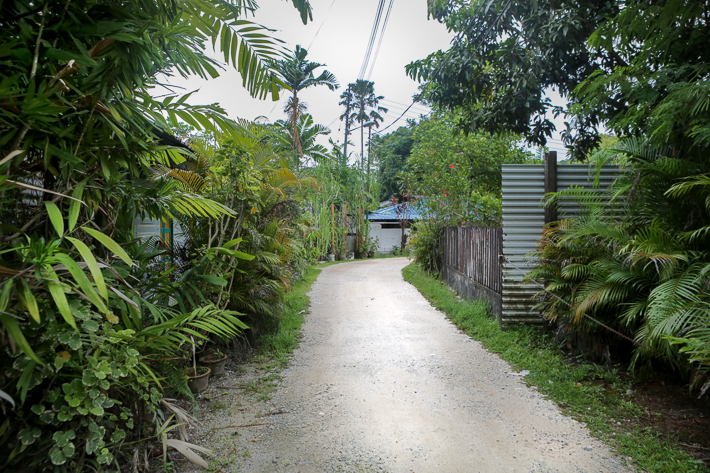 Instead of proper cement walkways, there were plenty of long, winding dirt paths connecting the various houses. 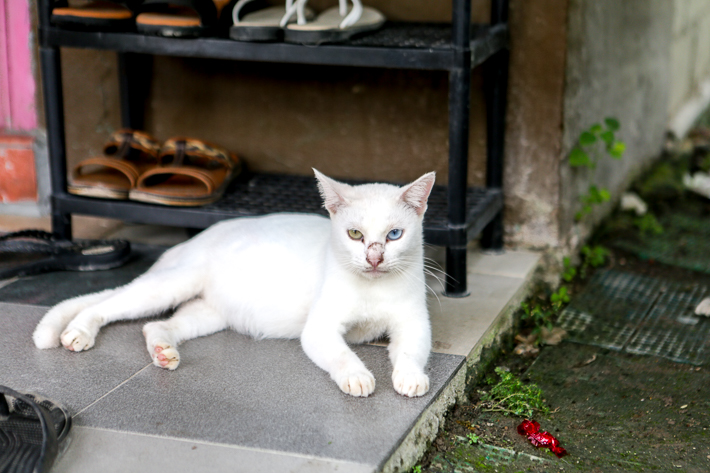 You may even chance upon a furry friend or two! 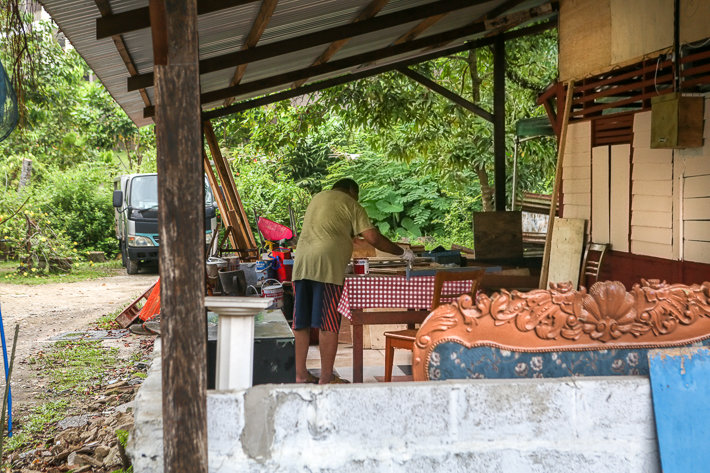 You also get to see the people who live here go about their daily activities. While walking in, we saw a sweet old lady coming back after doing her grocery shopping and we also saw a man doing some carpentry in the backyard of his home. 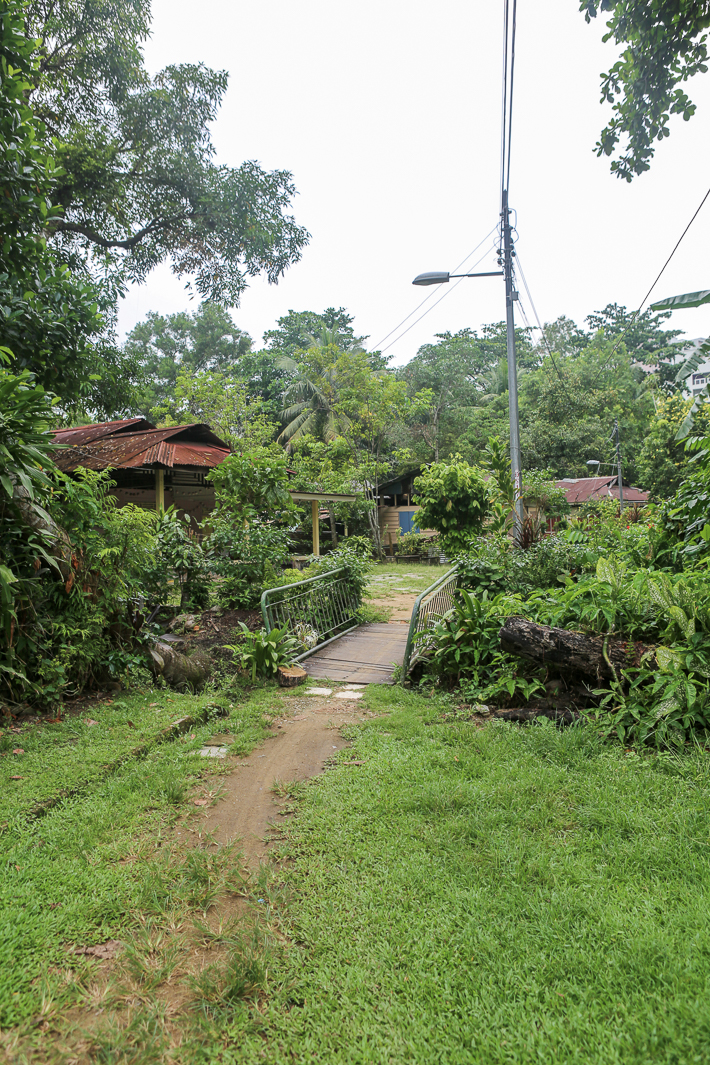 We love how the entire place is surrounded by such lush greenery; the beauty of Mother Nature! We also realised that here, the electrical wires remained exposed, unlike the rest of Singapore. 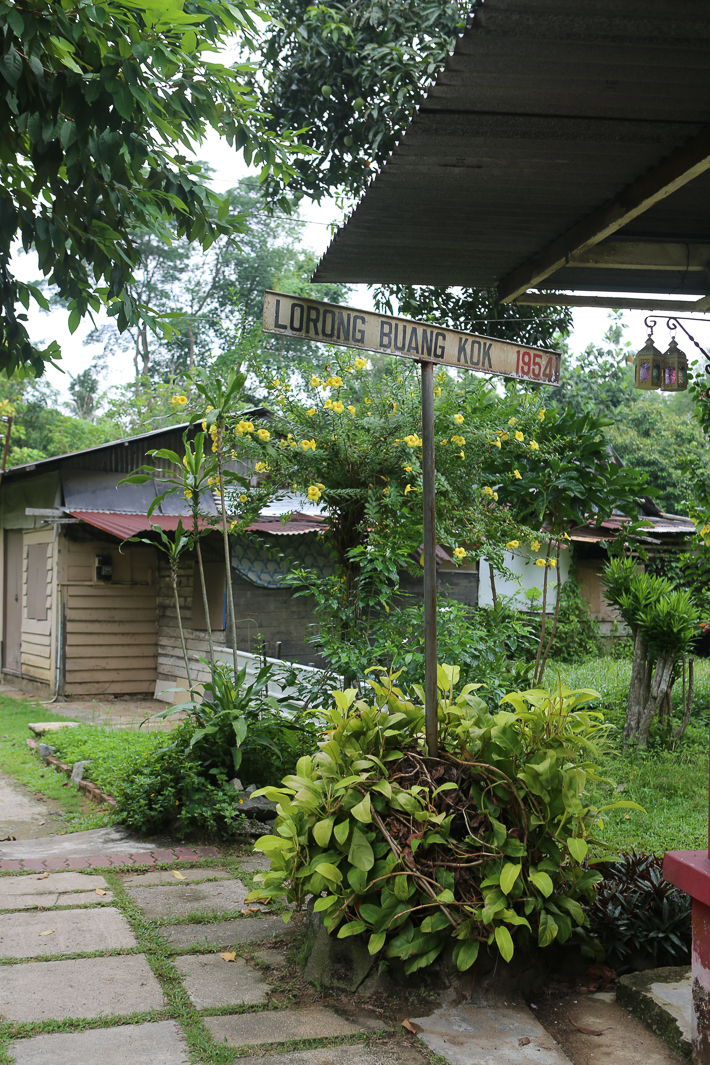 All in all, it was certainly a humbling and memorable experience that we are sure to remember for a lifetime. Amongst Singapore’s fast-past city life which focuses on economic growth and keeping up with the times, it’s crucial for us to remember our past to remind ourselves of how far Singapore has come from our kampong days. 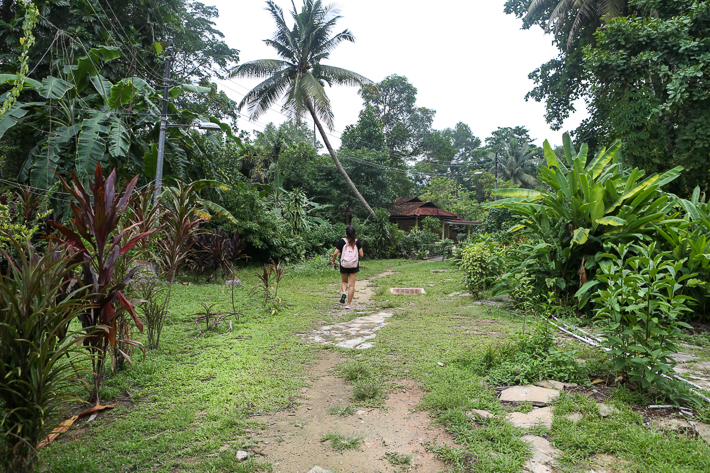 Hi Melissa, You have very beautifully put across Kampong Lorong Buangkok through your writing. This place truly sounds relaxing away from the hustle of city life. The pictures taken are amazing truly reflecting the calm atmosphere surrounding this place.