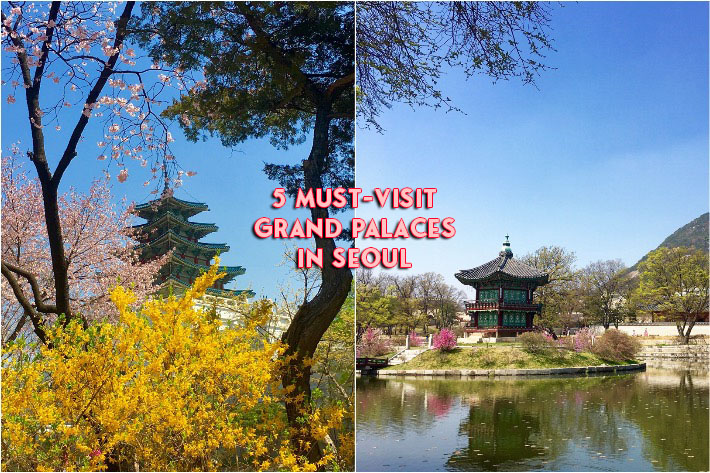 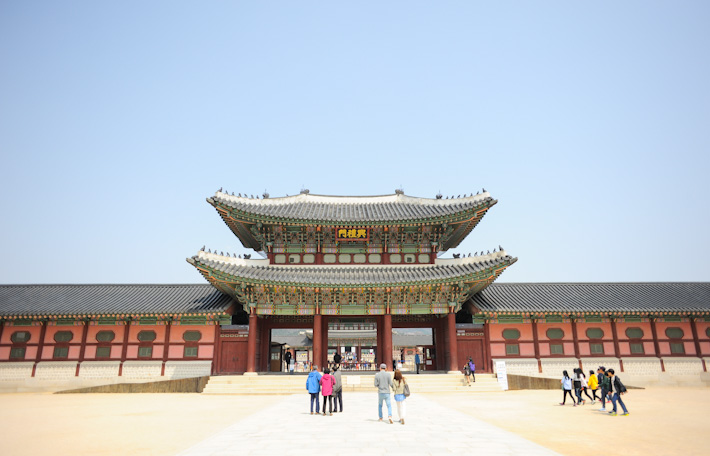 Just north of Gwanghwamun Square in the very heart of Seoul is Gyeongbukgung Palace, which translates poetically into English as “palace greatly blessed by Heaven”.

This palace is one of the most well-recognised sights in South Korea. Having stood the test of time, the construction for the palace was completed in 1395 during the Joseon Dynasty. The palace was first built when the capital of Korea was shifted from Kaesong, located in present day’s North Korea, to northern Seoul, originally known as Hanyang. The palace has mostly been restored to its original form and is referred to as the grandest of the five palaces, boasting enchanting gardens, vivid colours and traditional Korean architecture. 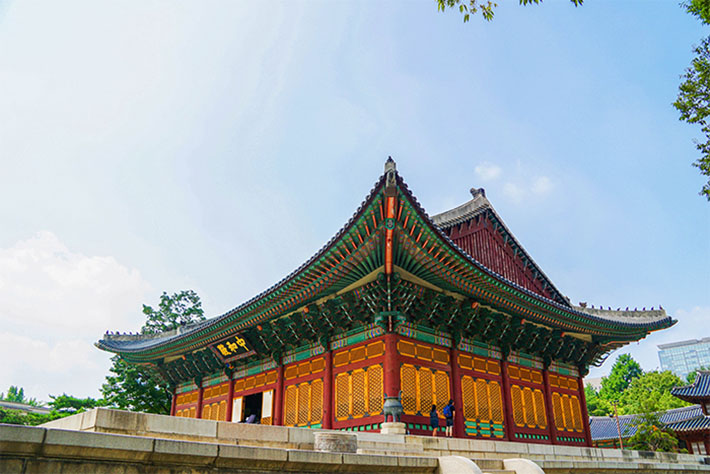 Located next to Seoul’s present-day City Hall, Deoksugung Palace is nestled amongst the backdrop of urban buildings, making for the most magnificent pictures that contrast traditional Korean and contemporary Western architecture.

The Palace was previously both a temporary palace and a residence to the kings and their royal relatives. Subsequently, the different wings and halls in the palace have had a long architectural history that has also integrated Western styles into the grounds.

The Seokjoseon Hall, which completed its construction in 1910, is an exceptional Western-style building that was constructed towards the end of the Joseon Dynasty. The Imperial family previously occupied it as their private living quarters.

Deoksugung Palace is typically packed with visitors due to the beautiful fusion of architecture and rich history. Take a stroll through the palace if you happen to make a stop at City Hall. Photo Credit: The Soul of Seoul

Not too far from Deoksugung Palace is Gyeonghuigung Palace—the youngest of the Five Grand Palaces of Seoul. It was originally built as a secondary palace for the king during the 1600s after the first Japanese invasion destroyed the other palaces.

Unfortunately, during the 1800s, the palace was engulfed in a fire which severely damaged the building and it was completely destroyed in the 1900s by the Japanese occupation.

The elegance of the palace is also still present in the stonewall road that leads towards Deoksugung Palace. 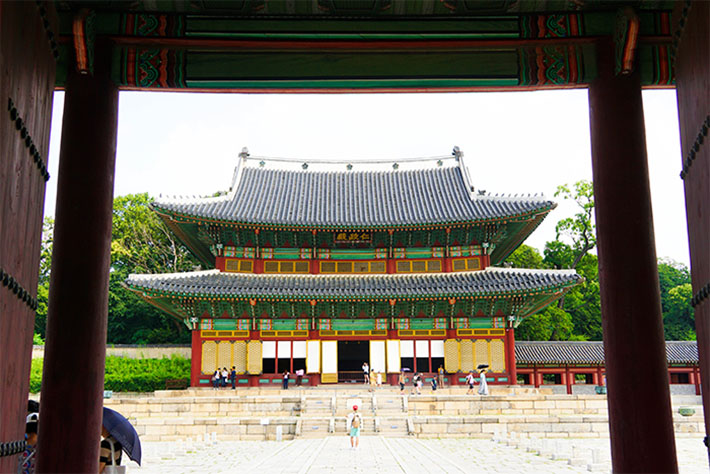 As the best-preserved palace of the Five Grand Palaces of Seoul, the palace grounds were a royal villa for the kings to rest and was made up of a public palace area, a garden and the royal family residence.

The palace has been well-loved by Koreans for ages due to its beauty, particularly during the fall when the autumn foliage engulfs the palace grounds and gives it a mystical and enchanting atmosphere.

The Changdeokgung Palace’s rear garden also houses an enormous tree that is over 3 centuries old! A must-visit for the natural beauty of the greenery and the charming palace grounds, this palace is not one you should miss out. 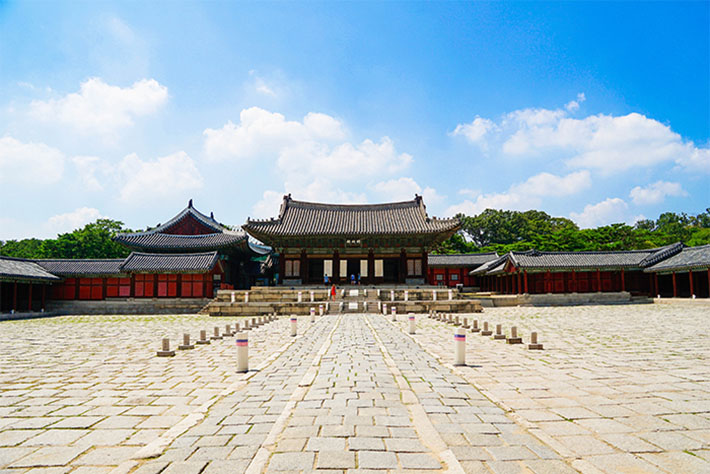 Right by Changdeokgung Palace is Changyeonggung palace, which was constructed by King Seongjong, the Joseon Dynasty’s 9th king.

It was made to be residential living grounds for the king’s royal relatives and elders with the idea of it being highly accessible to travel between the two neighbour palaces. 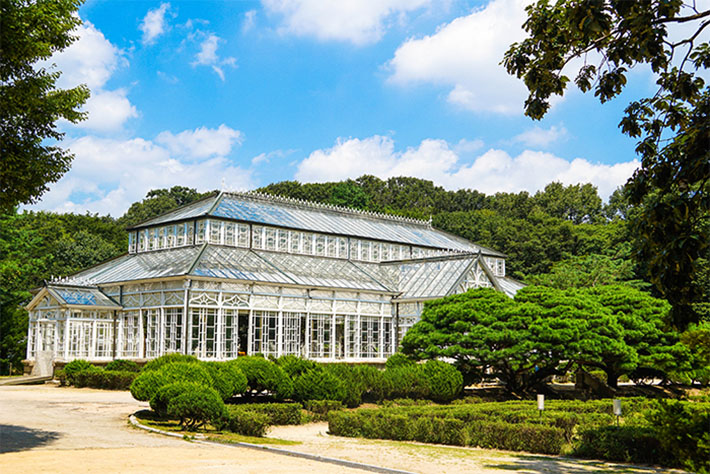 Within Changyeonggung Palace is Korea’s fifth Western-style greenhouse, built in 1909, which make for beautiful pictures as it is constructed with glass exterior for natural light and white frames.

The palace is a popular location for tourists and couples on dates due to the stunning scenery through autumn and spring with the two seasons’ bright, welcoming colours.