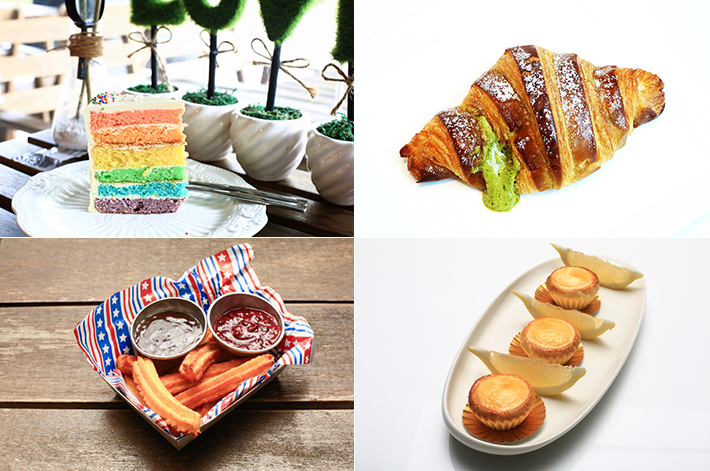 Trends come and go, especially in the crazily saturated and ever-changing food industry. Someone can come up with a revolutionary idea that makes the world go crazy, but within that week, ten other places would be serving the same or a variation of that dish.

It is insane to even think of quick innovations on a daily basis, but because of this, many wacky and one-of-a-kind ideas have been created, encouraging chefs and restaurant owners to react and to think out of the box in order to stay at the top of the game.

Let us look back on some of the food trends in Singapore in the recent times that have seen queues and many renditions, and our reflections on all of them. 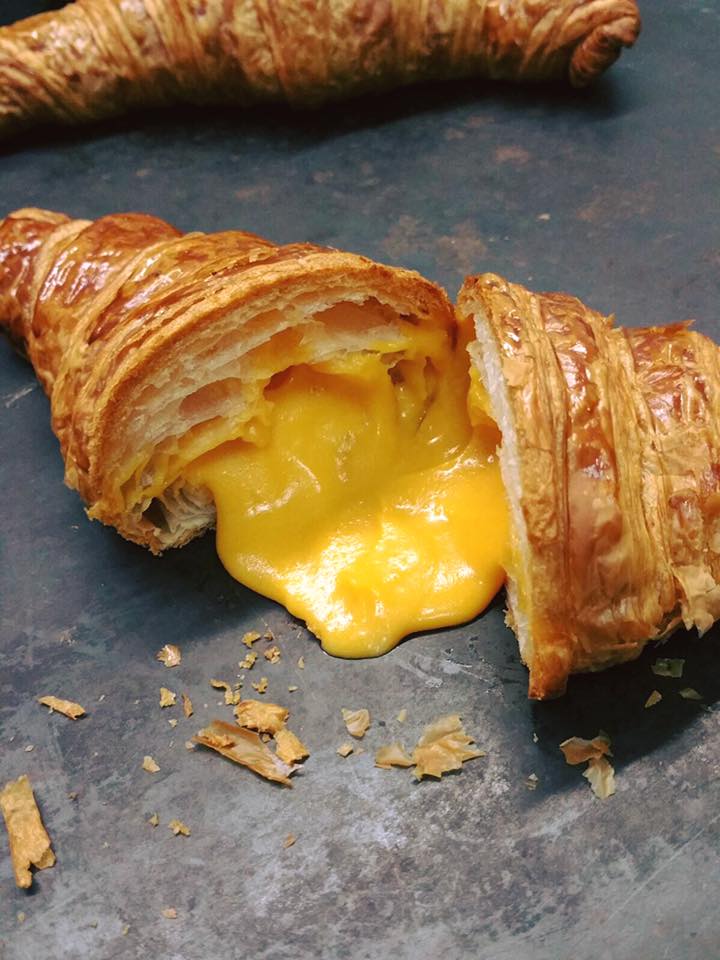 Before the salted egg yolk trend blew up, we only ever saw salted egg yolk used in tze char dishes, such as Salted Egg Yolk Pork Ribs – a common dish in Chinese restaurants in Singapore. But when the trend exploded, suddenly there was salted egg yolk in everything – waffles, croissants, ice cream, cakes, chips and pretty much everything else.

The intense creamy umami-richness is precisely what we love about salted egg yolk and it is probably one trend that we would never ever get sick of! With the arrival of famous Hokkaido brand BAKE Cheese Tart in Singapore, everyone is suddenly obsessed with this popular Japanese pastry snack. It has caused quite a ruckus and many brands started coming up with their own versions of the sweet-savoury dessert.

We have to admit that nothing beats a warm and slightly salty cheese tart. But some prefer theirs chilled. What’s your take? Churros is a traditional Spanish dessert that is eaten with chocolate dip, but it is now being popularised all over Asia. The Koreans are gaga over them and there was an outburst of Korean churros brands – some of which are here in Singapore.

Then, in Singapore itself, entrepreneurs tried to be creative with the flavours and introduced several localised ones, such as Gula Melaka. However, last year also saw some “used-to-be-popular” churros shops closing down. This trend is truly a roller coaster ride. 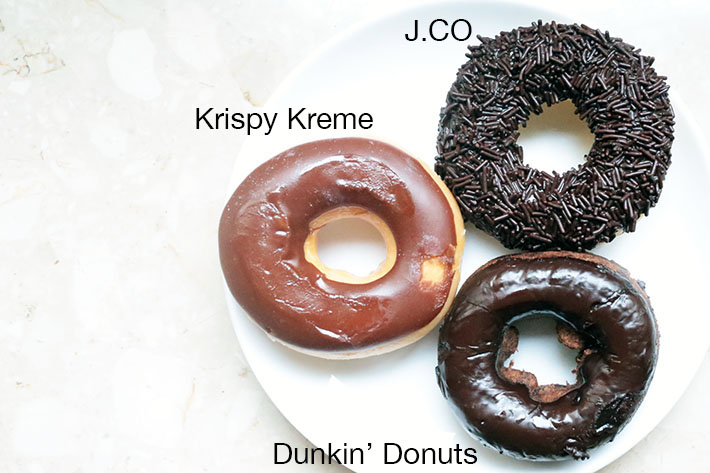 Donuts is such an American thing – traditional as it may be, the Americans still love it but here in Singapore, it was a trend that came and left.

But judging from how there are so many donut specialty cafes in Melbourne and New York, and how those folks combine artisanal donuts and specialty coffee, we are not ruling out the possibility that this trend will revive and come back even bigger in Singapore. Remember how those Facebook videos on ice cream rolls in Thailand went viral? So what exactly are ice cream rolls? They are actually prepared a la minute by combining ice cream and milk and other toppings (such as chocolates and sauces) – with everything flattened and rolled out on a frozen block.

However, as proven with time, this trend had its super peak and its immediate decline thereafter. Nobody actually talks about them anymore. 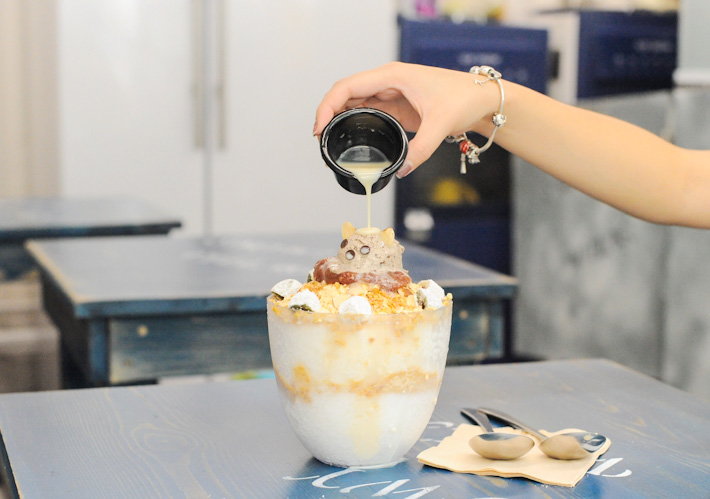 Before Korean bigness, there was Taiwanese-style shaved ice; and way before that was simply a good ol’ bowl of local-style Ice Kachang that did not cost more than S$3 a bowl. Bingsu is the Koreans’ idea of our Ice Kachang, albeit a lot more expensive with the use of premium toppings – and the trend does not seem to be slowing down anytime soon.

More and more bingsu cafes are opening and they can be pretty pricey – typically S$12 to S$16 a bowl. Not too sure what to make of it, but we are anxious to know how long this (expensive) trend will last. 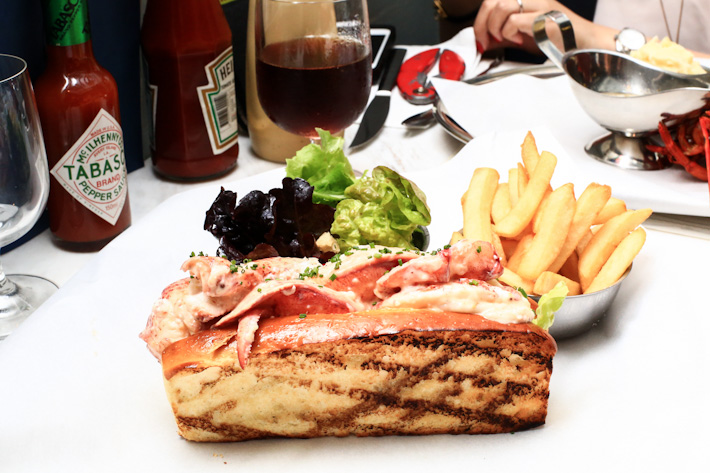 Everyone loves a well-toasted and buttered brioche stuffed with huge chunks of lobster. Lobster rolls have always been a staple in America, with it being an especially popular take-out or quick meal. However, it is only in the last two years that people in Singapore noticed the amazingness a good lobster roll can bring and started appreciating them.

Lobster rolls ain’t cheap here in Singapore, but that is only because good lobsters are imported from Boston and those are high costs to F&B operators. We would gladly pay for a quality roll. 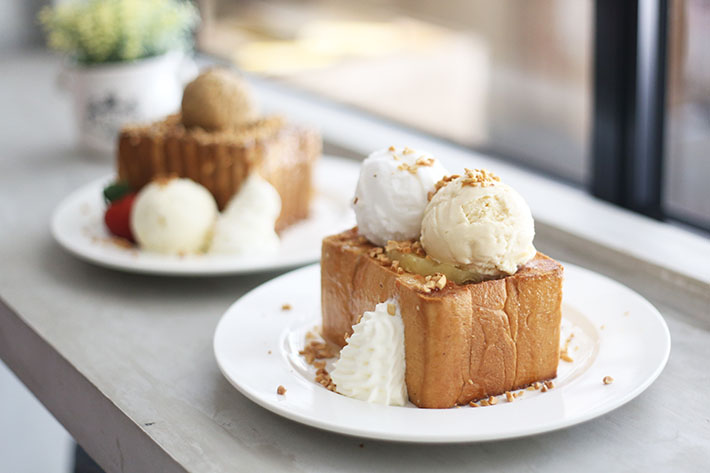 Thick toasts – or better known as Shibuya toasts – was the highlight of 2015, with many dessert cafes including this massive dessert in their menus. It all started out with cafes from other Asian countries offering this dessert, then it slowly but surely made its mark in Singapore.

They come in an assortment of flavours and presentations, and they sure stand tall and proud and gorgeous. But it seems the hype is slowing down. What say you? 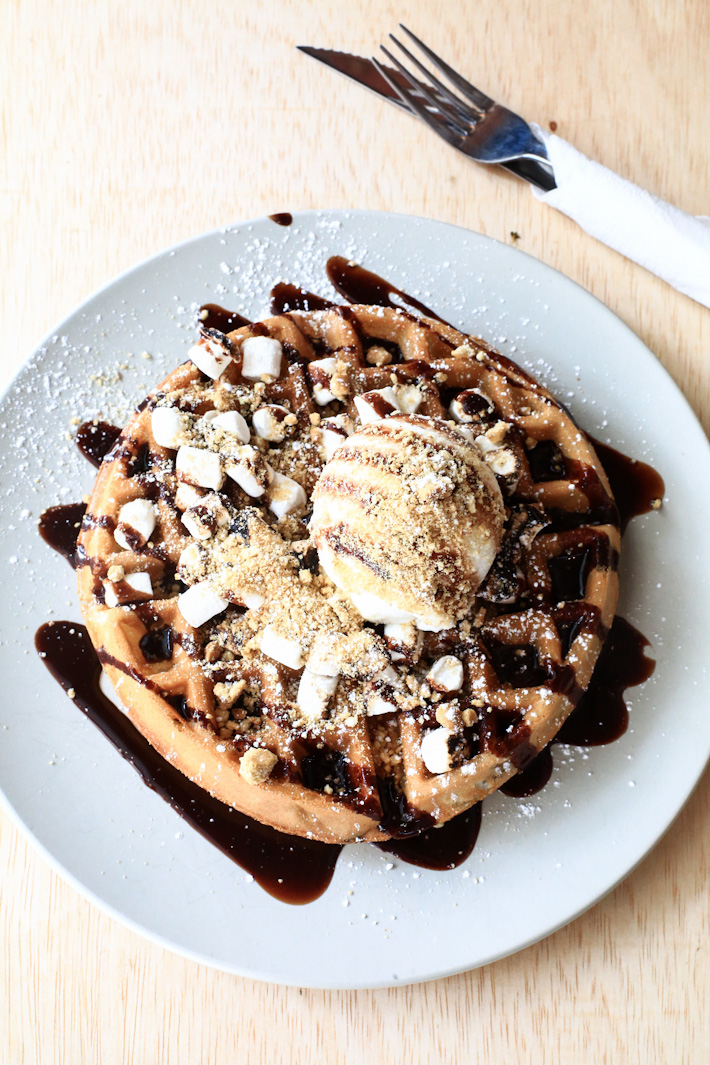 Now, this is one trend that has stood the test of time. Waffles are well loved for its endless possibilities – with ham and cheese, with fried chicken, with fruits, with gelato, with yogurt… as long as the batter is right and they are baked to a slightly crisp with warm and fluffy interior, anything goes. Bubble Tea first became a huge hit in Singapore about a decade or more ago. This is proof that trends can be a pretty permanent thing. With huge bubble tea chains in Singapore such as Gong Cha and Koi, people can now conveniently grab bubble tea anywhere.

We reckon the reason why bubble tea could stay for such a long time is the fact that it actually met a basic need – to serve Singaporeans something delicious and oftentimes ice cold to quench our thirsts or to combat the humid weather. 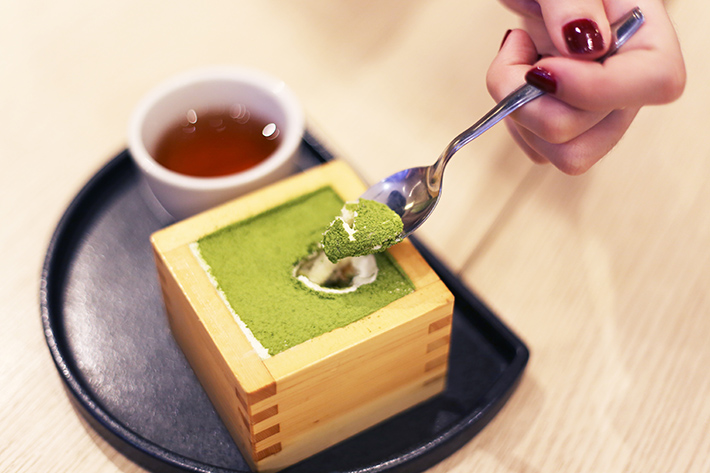 We’ve got plenty of Japanese cafes serving matcha desserts and drinks, and we are glad this ain’t a dying trend because matcha is yummy and healthy! 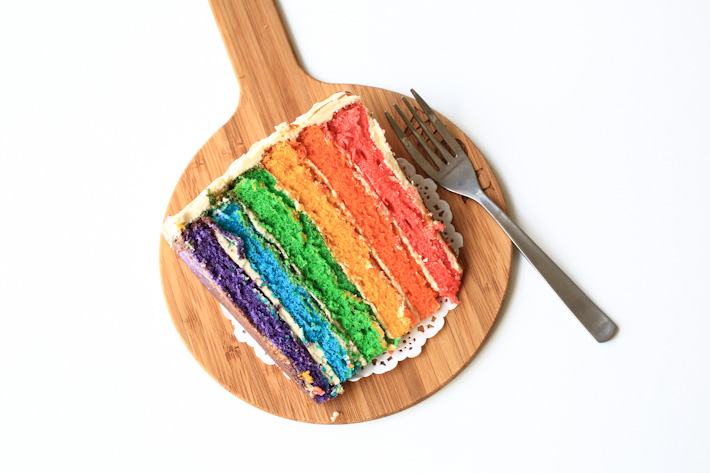 Remember these pretty things that used to be on everyone’s Instagram feed? Rainbow cakes were beauty queens of a previous era, and those cakes – while mostly bland-tasting – sure got the nation’s attention.

Cafes that baked their own rainbow cakes thrived; everyone celebrated their birthdays with a unicorn theme complete with a tall rainbow cake. And sadly, the trend has died. We don’t know about you but we still feel that simple joy of cutting up a cake and being greeted by a gorgeous rainbow interior. 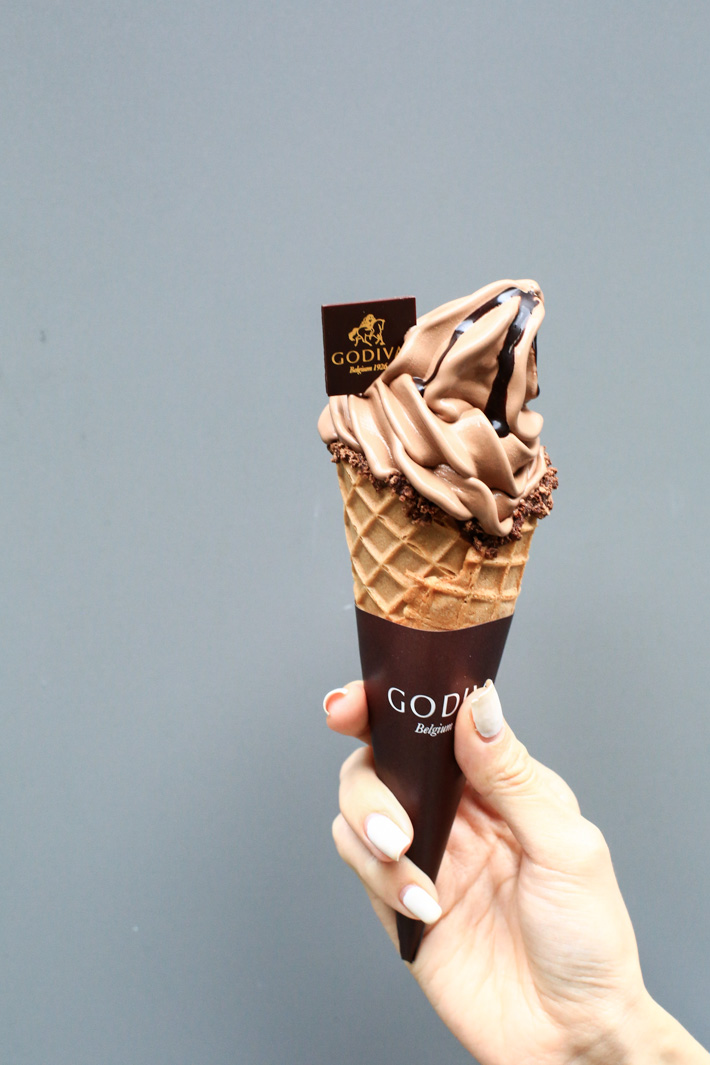 Well, just because everyone had the sudden realisation that ice cream is too mainstream; soft serve then had its turn to shine.

There are the classic flavours that we can never get sick of; and we have flavours and combinations that can get wild and interesting. There are also several Japanese-style soft serve chains to head to when you’ve got a craving to satisfy. 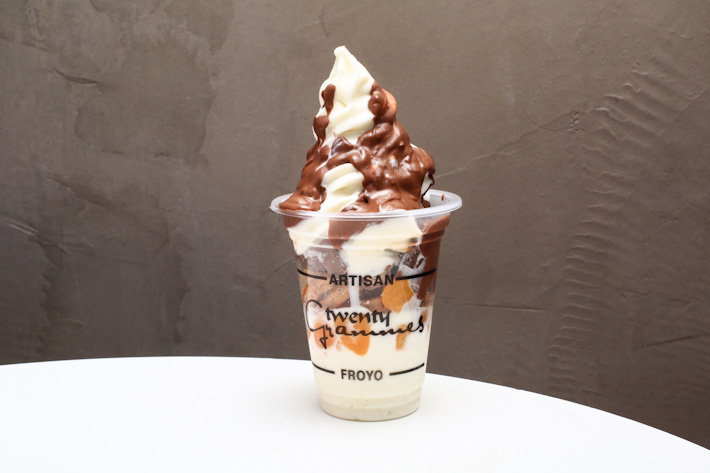 Frozen yogurt. If you didn’t get that, you are not trendy enough.

Froyo is one trend that has seen several revivals over the past decade. From Frolick’s era where young girls were used to helm and popularised the brand’s image, to Sogurt who reinvented froyo by having customers build their own parfait and pay by the weight, to the arrival of Spanish brand Llao Llao 2 years ago – froyo has always managed to get to Singaporean’s hearts in one way or another.