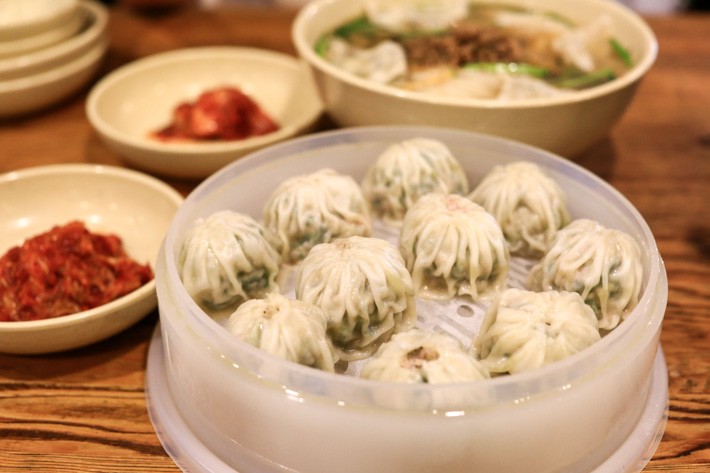 Established in 1964 under the name “Jangsugang”, the restaurant changed its name to Myeongdong Kalguksu in 1966, and finally settled on Myeongdong Kyoja in 1978.

This inconspicuous restaurant in Myeongdong is like a secret hideout. It sits on a dodgy alley, but if you managed to locate it, step right in and you are definitely in for a great meal.

Of noodles and dumplings, Myeongdong Kyoja is well-loved by both locals and tourists for its unpretentious and inexpensive fare.

The outlet is a pretty huge one with many seats. Most of the staff are Korean,  so basically, you are on your own. Meal times are always busy and we were pretty much ignored most of the time when we called for help.

Nonetheless, it’s not difficult to do the basic ordering even without an English menu. Because over at Myeongdong Kyoja, the menu is fuss-free and straight to the point. There are only four items to pick from – well, noodles and dumplings. 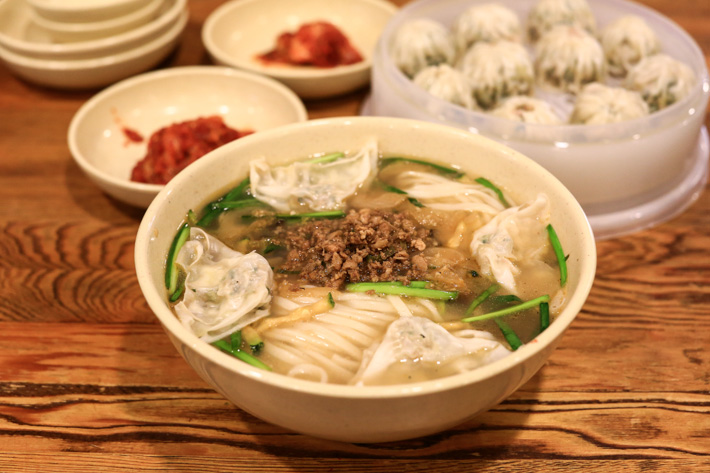 The Chopped Noodles (W8,000) is our favourite. Essentially a Korean traditional noodle dish with thick chicken broth, it was every bit comforting. There are vegetable strips in it, and it is a hearty portion that might be good for sharing.

Another noodle variation is the Spicy Noodles (W8,000). Noodles mixed with homemade sesame oil and spicy pepper paste, topped with slices of cucumber, this is for those who prefer something more robust. And they mean it when they said the noodles are spicy.

There is a special Soybean Noodles (W8.000) that is only available between April and October. This seasonal treat is really a serving of refreshing cold noodles in soybean soup. Nothing too fanciful; just something that is perfect for summer.

And of course, you cannot go to Kyoja without ordering the signature Dumplings (W10,000). It is a huge basket of approximately a dozen pieces of traditional dumplings.

Minced Korean pork, Chinese leeks, fresh vegetables and homemade sesame oil are wrapped in thin, crystal-like skin. Every dumpling is plump and wholesome and flavourful, and tastes even better when dipped in the homemade chilli sauce. 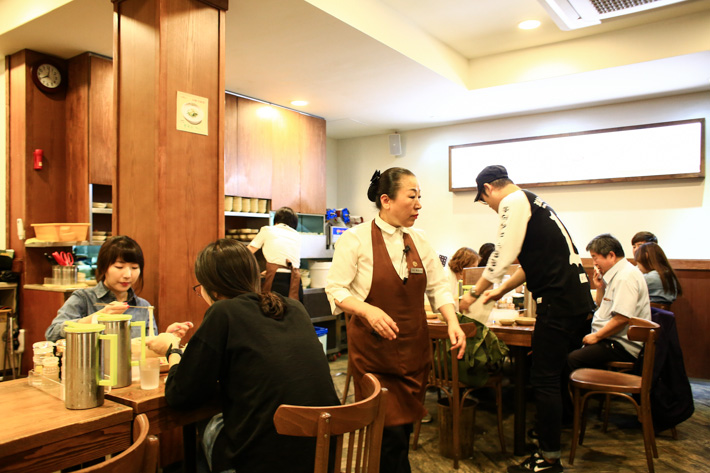 Kyoja is worth the hunt. It is the kind of simple restaurant you’d want to go back to every time you are in Seoul.