Dining out during Christmas has its cons; for one, everything becomes a lot more expensive, especially a hotel’s buffet spread. But we were completely surprised by The Carvery at Park Hotel Alexandra when they unveil an extremely affordable holiday-themed buffet starting from only S$45++ per adult and S$25++ per child. All the feasting at such a steal? We are in! 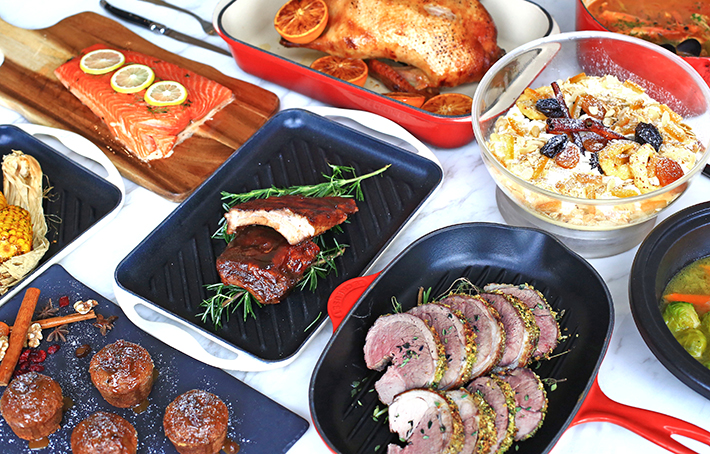 The Carvery is a meat-centric buffet in Singapore where you get to enjoy unlimited premium meats that are freshly sliced to order. This Christmas, think gourmet Yuletide treats such as Spiced Orange Roast Duck and Lamb Leg, as well as comforting classics of Yorkshire Pudding and Seafood Bouillabaisse.

We’ve already said it, and we will say it again – The Carvery has the best value-for-money buffet this Christmas.

And when you dine in the evening at The Carvery during this festive period, you can enter a lucky draw hosted by Park Hotel Alexandra. The prize? A brand new Prada Tessuto Saffiano Shopping Tote Bag worth S$1,520 sponsored by Reebonz!

Sitting within Park Hotel Alexandra and sharing the same level as the infinity pool, The Carvery is an upscale modern European carvery that is set to impress; we’ve dined there on several occasions, and we were never once disappointed by the impeccable quality and presentation. Watch in awe as the skilful chefs prepare wood-fire pizzas and slice grilled meats from the rotisserie.

The cosy interior of The Carvery provides a homely ambience. There is breathable space between every table, yet, the restaurant feels so pleasantly intimate; The Carvery is indeed a home away from home. 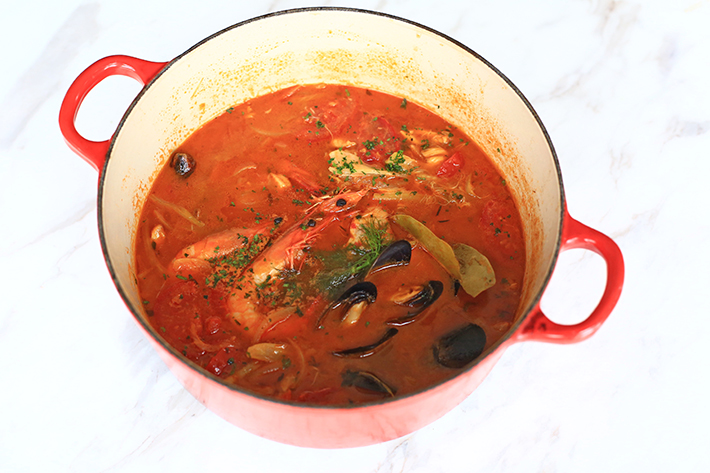 And because it is Christmas, wouldn’t it be perfect to start your meal with a bowl of piping hot Russian Borsch with Sour Cream? Made primarily with beef bones and beetroot vegetables, this soup is frequently enjoyed in Central and Eastern Europe.

But what took our breath away was the French classic Seafood Bouillabaisse. This hearty capsicum rouille broth loaded with generous amounts of fresh seafood such as prawns and mussels impressed with its full-bodied flavours; so smooth and easy to drink, and we felt all warm and fuzzy inside with every sip. Seriously, this is the best bouillabaisse we’ve ever tasted. 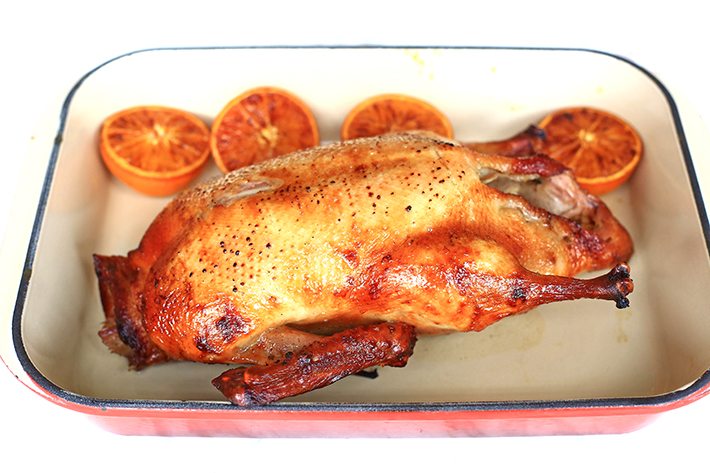 The main that stole all the limelight at our table was the fragrant Spiced Orange Roasted Duck. Forget the usual duck confits that you know; this entire duck stuffed with oranges and a myriad of spices such as cinnamon, cloves juniper berries and star anise is seasoned with a secret recipe and cooked to perfect tenderness. 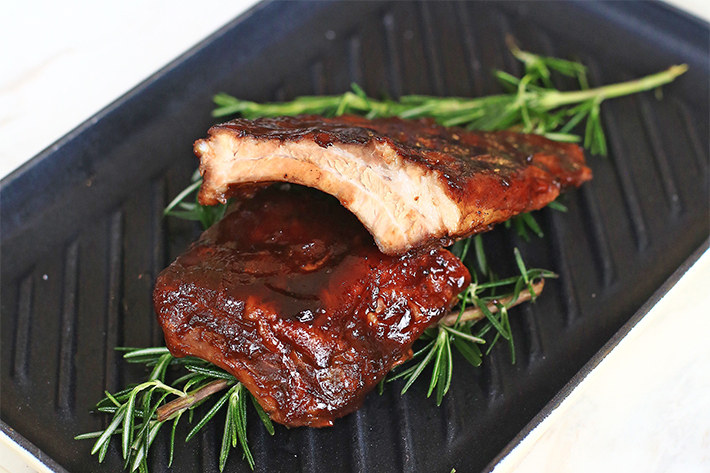 The Carvery’s Coffee Roasted Baby Back Ribs have been marinated overnight with a dark, sweet hickory barbecue sauce infused with roasted coffee.

The stack of pork loin back ribs is then placed in a rotisserie cage and slowly roasted. The end result is tender and robustly flavoured ribs that will make you go weak in your knees. 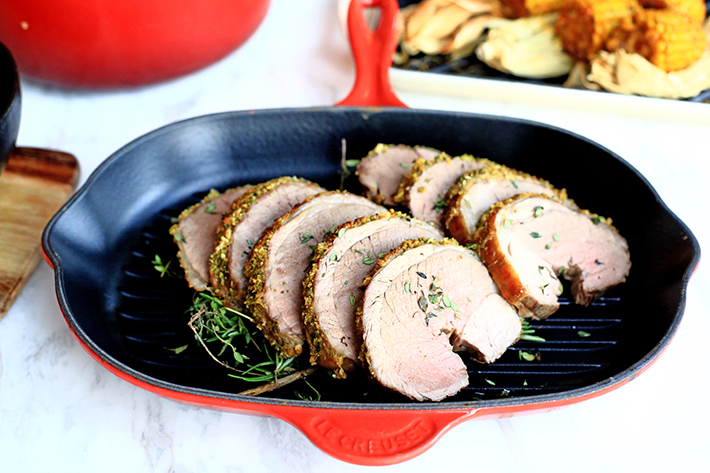 The Lamb Leg with Herbs de Provence is a traditional Southeastern French dish cooked to medium rare. The boneless mutton – coated with Dijon mustard, breadcrumbs and a melange of savoury herbs – is roasted in the oven to produce succulent juicy pink insides that is well contrasted with its crisp exterior.

An accompanying zesty mint sauce is its best complement, and to balance out the gaminess (for those who fear lambs). Another exclusive festive highlight is the Maple Glazed Salmon baked on a Cedar wood plank. The wood-fired fish – enhanced by smoky cedar flavours – is drizzled with maple butter.

The juicy and fresh Norwegian salmon looked totally unassuming at first glance, but each mouthful is a delightful burst of sweetness. Simple goodness like these sure tug our heartstrings, and it is a must-try for all salmon lovers! Something British that we always love is Yorkshire Pudding (only available during dinner). No roast is complete without a good pudding, and such is life in Singapore – a good Yorkshire Pudding is hard to come by.

But the ones here at The Carvery always have us craving for more; we’ve long been addicted. Made with eggs, flour, milk and water, the traditional British Sunday Roast staple is available during the regular dinners, but its presence made the festive dining even more rustic with its wonderfully crispy exterior and fluffy inside. 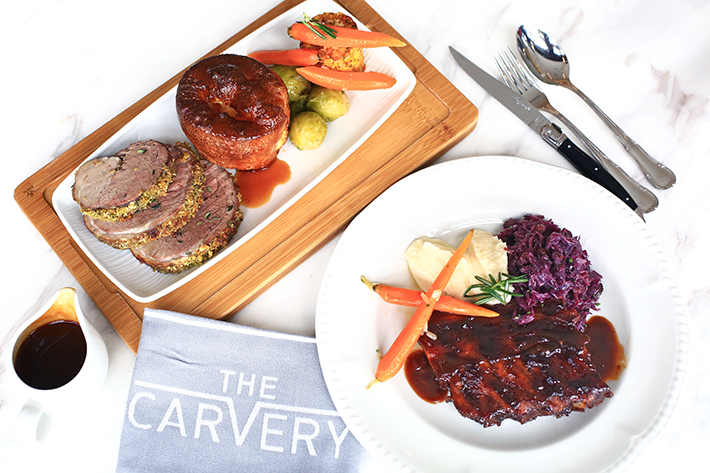 And a whole lot of comforting vegetables await you. They may be “just veggies” to you, but not until you’ve tried them.

From Baked Beetroot with Cider to Buttered Brussel Sprouts and Carrots, Fried Corn on The Cob to Wood-fired Roasted Chestnuts cooked in Coffee Beans; these amazing sides are so good on their own, and are as European and Christmasy as you can get. 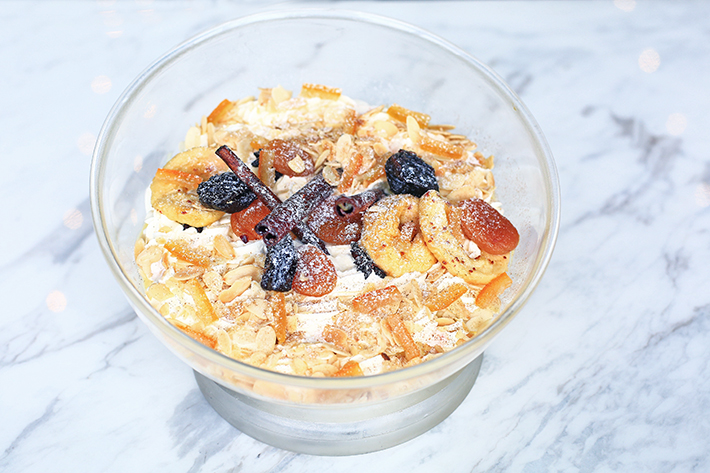 All hail the English-inspired Trifle – layers of thick custard, sponge cake and whipped cream interwoven with caramelised apples and brandy-soaked prunes. The Carvery’s selection of classic Christmas treats are irresistible and well worth the calories, we promise. 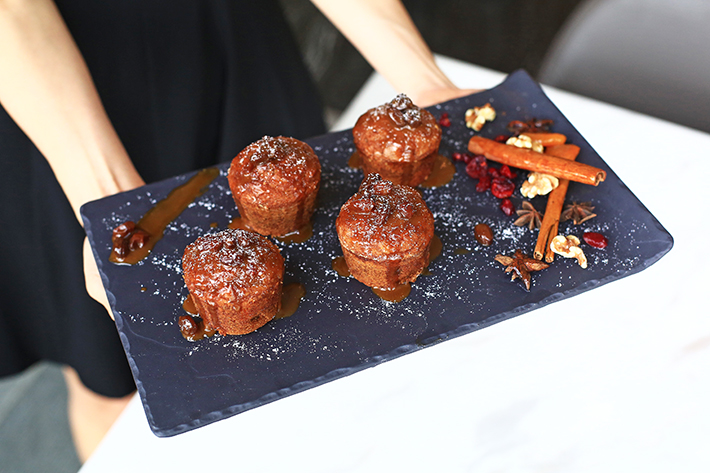 Last but not least, The Carvery’s take on the traditional fruit cake has led to the birth of their cutesy palm-size Christmas Rum Pudding drizzled with rich and sticky Toffee Sauce.

Apricots, cherries, figs, raisins and other dried fruit peels used in the preparation of these Christmas Rum Puddings have been soaked in rum for more than three months! Such dedication, and how very precious!

Diners will be treated to live entertainment of merry carols on Christmas Eve night, and will be given party poppers to welcome Christmas.

Festive Lucky Draw by Park Hotel Alexandra at The Carvery

As mentioned earlier, dinner guests dining during this festive period will stand a chance to enter a lucky draw that is held by Park Hotel Alexandra.

Every table is eligible to win a brand new Prada Tessuto Saffiano Shopping Tote Bag worth S$1,520, sponsored by online luxury merchandise retailer, Reebonz! The lucky draw will be held on Monday, 04 January 2016 and winners be notified via email.

From now till 31 December 2015, book a Deluxe or Premier room (rates from S$220++) at Park Alexandra Hotel and enjoy fabulous perks of S$50 food and beverage credit per night, complimentary wifi and late checkout at 3pm. Those staying between 11 December 2015 and 03 January 2016 will also receive a free Spiced Cappuccino with Caramel Sauce at The Coffee Belt.

This post is brought to you by Park Hotel Alexandra.