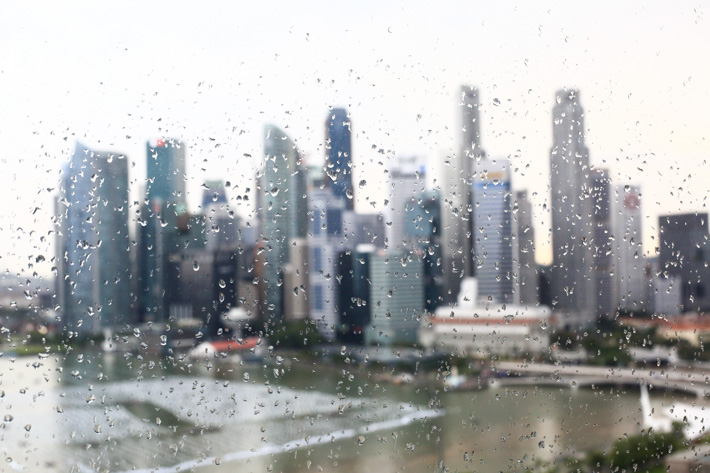 The legendary Michelin Guide is already available in 25 countries, and it is with little surprise that Singapore is finally joining the gourmet club and having its restaurants ranked by the gastronomic guide.

Is Singapore’s food industry simultaneously stressed and excited about this? You bet!

For those who are not in the know, the Michelin Guide is a world-famous food guide that ranks food establishments incognito. To be awarded even just a star will be life-changing, and the highest attainable status is three stars – this rare classification is given to truly exceptional restaurants that are worth flying to for.

But as with all other matters, there are two sides to the coins for everything. There will be the pros, and there will be the cons. While we are thrilled with the Michelin Guide launch next year and the various prospects Singapore stands to gain, we also cannot help but worry if this might, too, bring along unnecessary side effects.

THE IMPACT OF THE MICHELIN STAR

The prestigious Michelin star is a testament to many chefs’ culinary career successes and for some, it is a matter of life or death. And that was the unfortunate case in 2013 for French Chef Bernard Loiseau who took his own life amidst the hearsay of his restaurant losing its stars.

Being bestowed a star is an honourable milestone for restaurants and chefs alike, but working on maintaining the star(s) is a tumultuous ordeal. The incredible amount of stress a team faces can be unbearable at times, which makes one wonder if the star is a blessing or a curse after all.

Of course, winning a Michelin star is a joyous celebration for chefs and their kitchen crews. The road to world-class recognition is never a one-man show, but based on the combined efforts of a team. Yet, the pressure to keep one’s ranking has gone extreme for Hong Kong Michelin-starred Lei Garden this year, where employees were actually fined for yawning.

On the flip side, losing any Michelin star is an extremely painful process and even celebrated-chef Gordon Ramsay is not spared from this excruciating torture. “I started crying when I lost my stars. It is a very emotional thing for any chef. It is like losing a girlfriend,” he admitted.

THE MICHELIN GUIDE WILL BRING ABOUT A POWERFUL RIPPLE EFFECT

The Michelle Guide Singapore will bring about this powerful ripple effect. All the restaurants in Singapore will have to up their game and make tremendous changes in their hospitality to vie for a Michelin star. For those who are to receive the Michelin Star, they will have to work even harder to maintain their newfound status, whereas those who missed out will also have to buck up in order to gain the recognition. It is going to be an uphill challenge for one and all.

The best restaurants in Singapore – Odette by Chef Julien Royer, Restaurant Andre, Iggy’s, Tatsuya; just to name a few – should finally get the recognition they deserve. Receiving a Michelin Star will firmly place them on the world map.

Unfortunately, our first-world status does not represent topnotch service standards across board; Prime Minister Lee Hsien Loong has declared that there is still much room for improvement.

Service is something that involves three parties – workers, employers, and customers. It is definitely not a one-sided affair when it comes to providing good service; employers and customers contribute to the eco-system and have parts to play, too

Hopefully, the launch of Michelin Guide in Singapore and the mandatory advancement of service industry that follows suit will eventually eradicate the social stigma associated with working in hospitality and retail sectors. The negative connotations attached to jobs in such industries have driven away many young Singaporeans – and the end result is a lack of manpower.

On a separate note, Michelin Guide Hong Kong Macau 2016 edition, Michelin has created a new category to recognise street food for the first time. This has most definitely elevated the status of less-than-glamourous street food and what-have-you, and has reinstated their positions in the ever-prospering city.

Michelin Guides International Director Mr Michael Ellis recently announced that a myriad of fine dining establishments, mid-tier restaurants and hawker vendors will be featured in the official inaugural Michelin Singapore guide. It seems like a future Tim Ho Wan is already in the making and Michelin might just be the saviour of our disappearing hawker heritage.

Having said that, the lucky vendors given an elite star would soon be experiencing an overnight transition from nobody to somebody. These hawkers could seize the opportunity to increase their economical budget prices or even embark on a new journey of global franchise. The opportunities are evidently endless, thanks to the emergence of the almighty Michelin Guide.

THE POSSIBLE LIMITATIONS THAT A MICHELIN STAR MIGHT BRING ABOUT

It is also vital to note that certain restaurants – especially in France – have resorted to keeping their menus stagnant and are unwilling to experiment with new dishes for fear of losing their stars.

Would such a limitation trend in Singapore emerge too in the subsequent years following the Michelin launch? And will customers get tired from sampling the same items? There will always be two sides to a coin, and only time will tell which works better and is more sustainable.

Moreover, many might lament that these stars are not justifiable due to the mysterious operations and subjective tastebuds of the Michelin ranking system and its inspectors. Would Michelin Guide inspectors be able to tell a plate of good chicken rice and a mediocre one apart? Do they know Singapore’s hawker food and our culture/ traditions/ preparation methods well enough to judge it? Many other variable factors such as spice level are also highly dependent on individual’s preference.

DEALING WITH INFLUX OF CUSTOMERS AND HIGHER EXPECTATIONS

Any new restaurant that are about to receive a Michelin Star will have to deal with the sudden influx of customers from around the globe. Diners will have much higher expectations of a Michelin restaurant. Will the restaurants be able to cope with the tremendous pressure, and to ensure that the food quality and service standard remain the same?

COST OF DINING IN SINGAPORE TO GO UP?

And it is inevitable that prices will go up when a restaurant receive a Michelin star. Academic studies have shown that restaurants awarded Michelin stars felt the need to invest in service and décor and hence, increase their prices in order to fund the changes.

Another study has also found out that restaurants are observed to increase their prices relative to other restaurants even two years before receiving a Michelin rating. This is most likely due to the extra expense of raising the quality of their fare and improving their amenities in the hope of qualifying for an increased Michelin rating.

That being said, we cannot deny the abundance of benefits Singapore’s food scene is about to reap. The influx of foodie travellers will bless Singapore’s tourism, and we will enjoy an increment of profits generated from overseas discerning diners.

A bilingual edition of Singapore’s very first Michelin Guide in English and Mandarin will be launched in the second half of 2016. Singapore’s cut-throat food industry is about to revolutionise and we can only cross fingers that the most deserving restaurants will be rewarded by the stars, while everyone else who did not will be inspired to up their games.