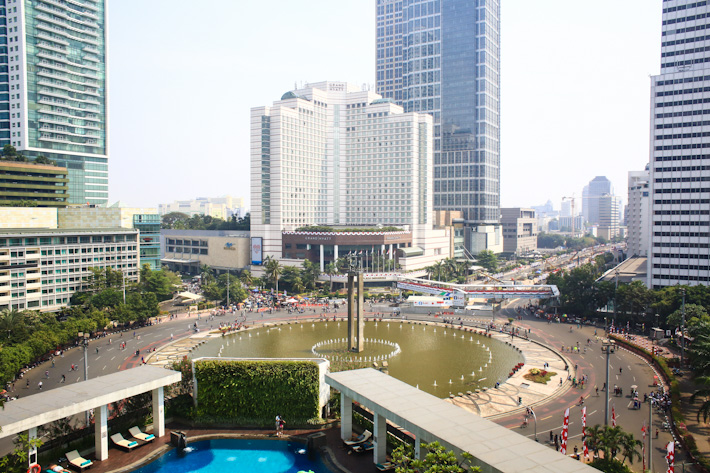 Lucky for us who stay in the little red dot, our home is in such close proximity to our neighbouring countries. This gives us an excuse to have a quick weekend getaway whenever a long weekend arrives or whenever there is an airplane ticket promo (whichever comes first).

And let’s face it, Singapore has everything we could possibly want. But once in a while, an exploring trip overseas wouldn’t hurt – for a different experience, for a weekend of alternative fun, for feasting on the food that we do not really get back home, for any and every reason you can possibly think of! Traveling needs no excuse, though.

Jakarta is literally a short one-hour plane ride away from Singapore and there is so much you might not know about this metropolitan. What if we tell you that with S$300, you could have 10 different experiences that expose you to the Indonesian culture, get a taste of some of Jakarta’s famous cuisines, and have some pampering?

If this gets your attention, keep reading this itinerary that consists of 10 things to do in Jakarta for 3D2N with under S$300.

Jakarta’s latest pride to attract tourism into the city comes in a form of these double-decker tour buses that was introduced last year. The bus route that begins at Jakarta’s iconic Bundaran Hotel Indonesia will take a loop around the city centre, and everyone onboard will be able to catch a glimpse of the city’s great monuments and tourist attractions.

If you do stay in the suggested boutique hotel, Artotel Jakarta (read about it at the end of the article), it is walking distance to one of the designated bus stops, which is the Sarinah Department Store. It takes about 1.5 hours to make a full loop but some of the destinations are worth stopping by for, including the National Museum, Pecenongan Street Food area and the National Monument better known as Monas. 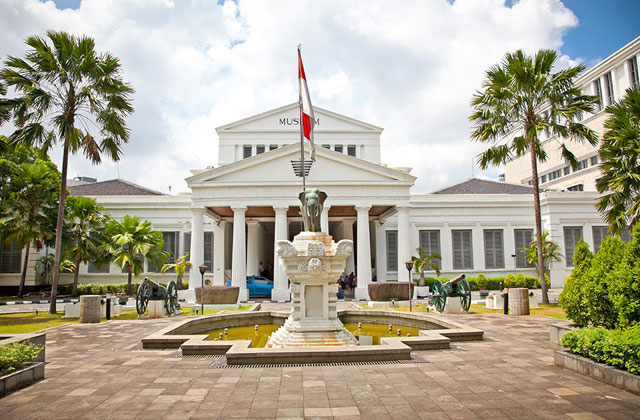 If you appreciate the beauty of art and culture, National Museum is a place you should not miss. The artefacts mostly provide a glimpse to the rich culture of Indonesia from its 300 ethnic groups that are spread across 922 inhabited islands. Look out for the English tour that is available every second and fourth Saturdays of the month.

#3 FEASTING AT AN AUTHENTIC PADANG RESTAURANT

You may say that you have had nasi padang many times, especially since nasi padang stalls are so common in Singapore. But you haven’t had an authentic Padang experience until you visit a Padang restaurant in Indonesia and ask the waiters to “hidangkan” your food.

Hidang literally means lay out all the food, and with that, the waiters will carry stacks and stacks of small plates filled with all kinds of Padang dishes and place them all on your table for your selection.

Don’t be surprised though, you didn’t just order everything on the menu! Eat only the dishes you want and the rest will not be charged to your bill. Any Padang restaurant will give you the same experience but Natrabu in Sabang is highly recommended. 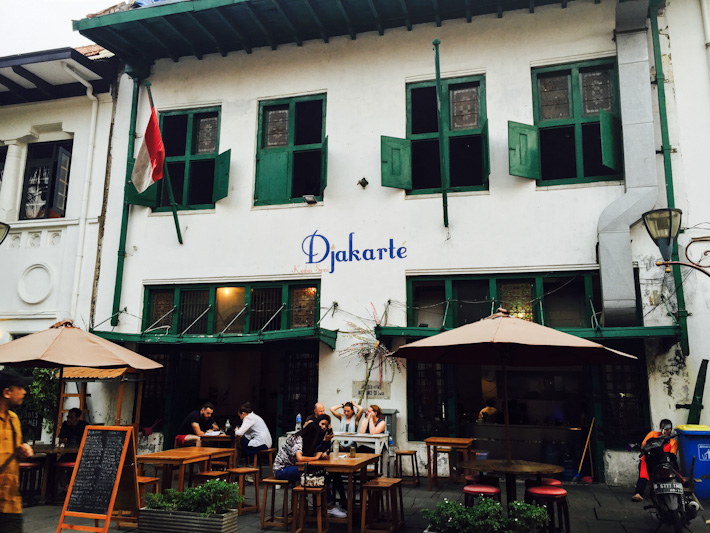 Kota Tua is an officially designated area and heritage site in Jakarta. In 1972, the Jakarta’s governor decided that it was necessary to preserve what was left of the city’s architectural roots that were highly influenced by the Dutch. 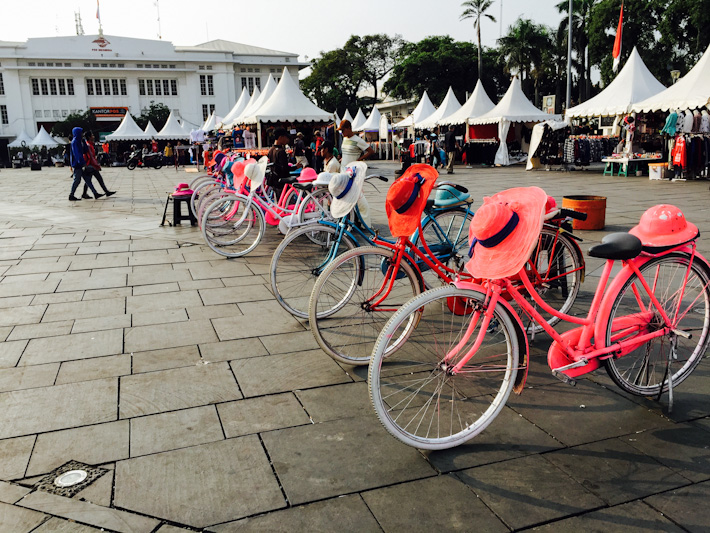 Today, Kota Tua is still a popular area among tourists that is often circled by walking or by taking rented sepeda onthel (traditional bicycle). With just Rp 50.000/S$5, the renting of sepeda onthel will include a tour guide who will take you to five iconic places around Kota Tua. Café Batavia is the second oldest building in Jakarta after Fatahillah Museum. Its colonial era décor is still very genuine and beautiful; it is akin to stepping into Jakarta in the 19th century. 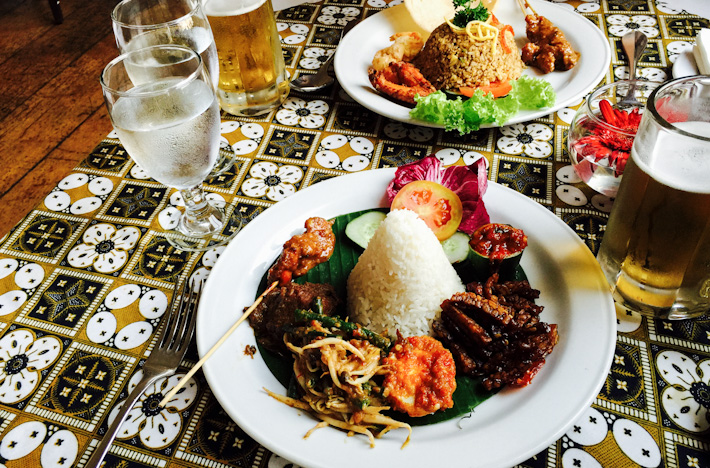 This is definitely the place to savour the exquisite historical ambience. It is also a plus point that every corner of the place is Instagram worthy!

A water park may sound like a place for the kids, but it is not when it looks like Waterbom! Its Bali branch is an international favourite that was named the best water park in the world in 2011, but the Jakarta one is a great breezy place to escape from the Jakarta heat. With a lot of crazy slides and a “lazy river” to float around, we suggest spending half a day here for some unadulterated fun. When in doubt of what to eat in Jakarta, go to PIK (read: peak). The area itself is a housing estate, but its entrance is filled with hundreds of restaurants, including some regional favourites such as Tim Ho Wan and Nam Nam Noodle Bar. The best part about PIK is that you could jump from one restaurant to a dessert place and then to a coffee shop, all within walking distance. It is really a whole enclave of goodies for the foodies.

For a casual yet tasty dining experience, Shao Kao is high recommended. As its name suggests, it is the Chinese version of barbecue. Authentically serving the taste of ‘shao kao’ from the streets of China, the skewered meat and vegetables to choose from are ready for grilling after being seasoned with distinctive Chinese spices. Prices range from Rp 4.000 – Rp 10.000 (S$.040-S$1) per skewer. 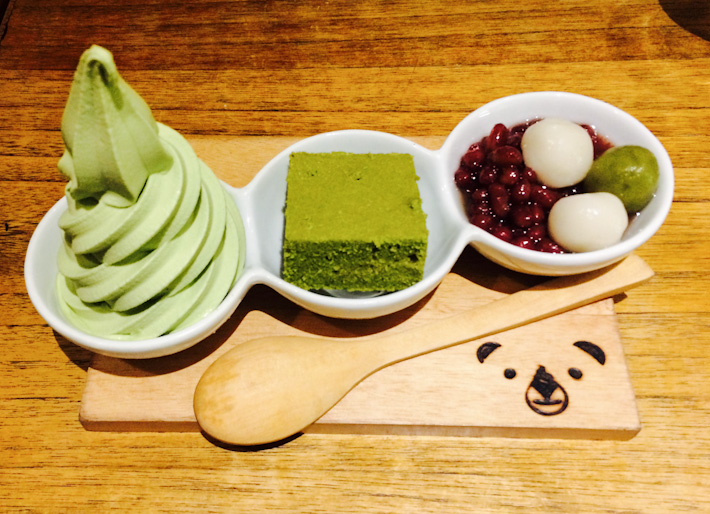 Shirokuma is a Japanese dessert café that is famous for its matcha soft serve, and of course, very cute presentations. The simplest serving of matcha in a cone costs Rp 15.000/S$1.50.

Perhaps, setting time aside for a spa session is tough when in Singapore, because we are ever busy with our lives – work, family and whatnot. But when you are on a holiday, you really should treat yourself to one of these relaxing and pampering spa sessions. Zen is a family spa that has all kinds of treatments just the way you like it, be it Balinese massage, oil-free massage or a body scrub session. 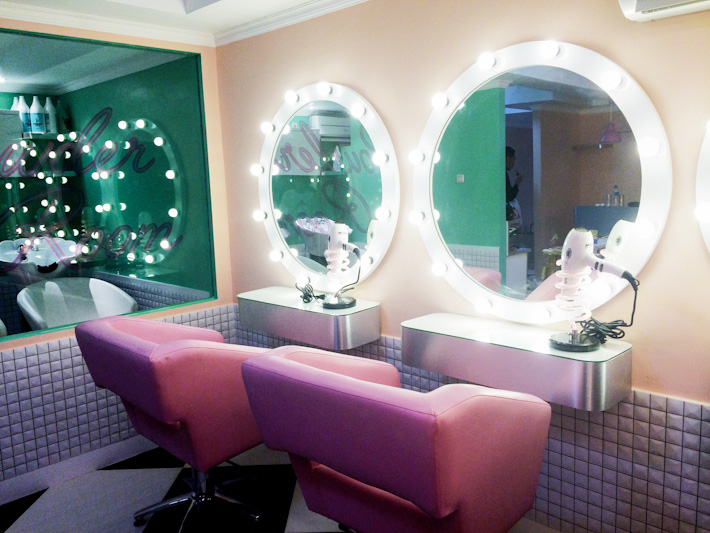 Going for a beauty fix in Jakarta is always a good idea as you would probably pay a quarter of what you otherwise would in Singapore. It is even better when the salon looks like a scene straight from the musical Hairspray (or Grease)!

Pasar Santa was actually just another traditional market. But very recently, its top floor has been converted into an interesting, cool and vibrant scene filled with Jakarta’s young crowd. The top floor is now filled with stalls selling “pop-culture food”, vinyl records, street clothing, good coffee and anything hip.

One of our favourite stalls would be Mie Chino that makes a very simple but mouth-watering bowl of Chinese Indonesian chicken noodles paired with beef balls (Rp 27.000/S$2.70). It is one of Indonesian’s comfort food packaged in an irresistible American Chinese takeaway-box style that makes you want to queue despite the long waiting time during lunch hours! 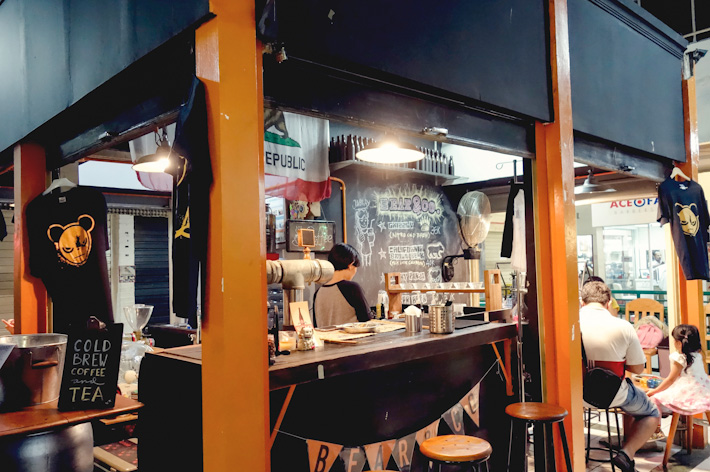 For a coffee fix, do try the interesting ice coffee options at Bear & Co. Coffee. The pipe-style beer dispenser that you’d normally see dispensing draft beer is what they use to dispense yummy drinks with names such as Nitro coffee, Cold brew, Yeti and California latte with prices ranging from Rp 35.000–Rp 50.000/S$4-S$5. 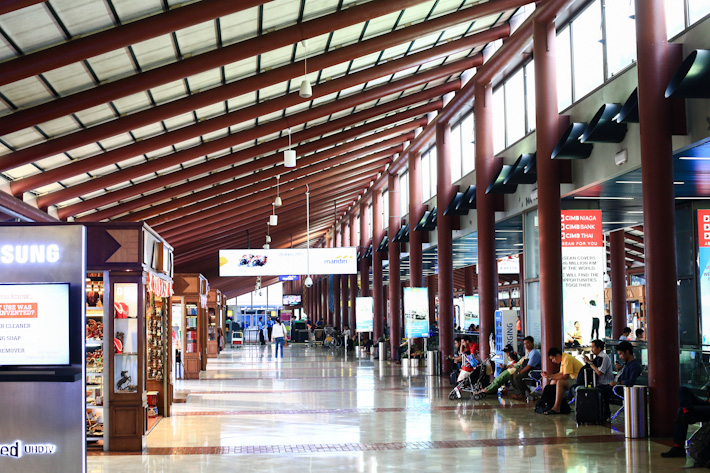 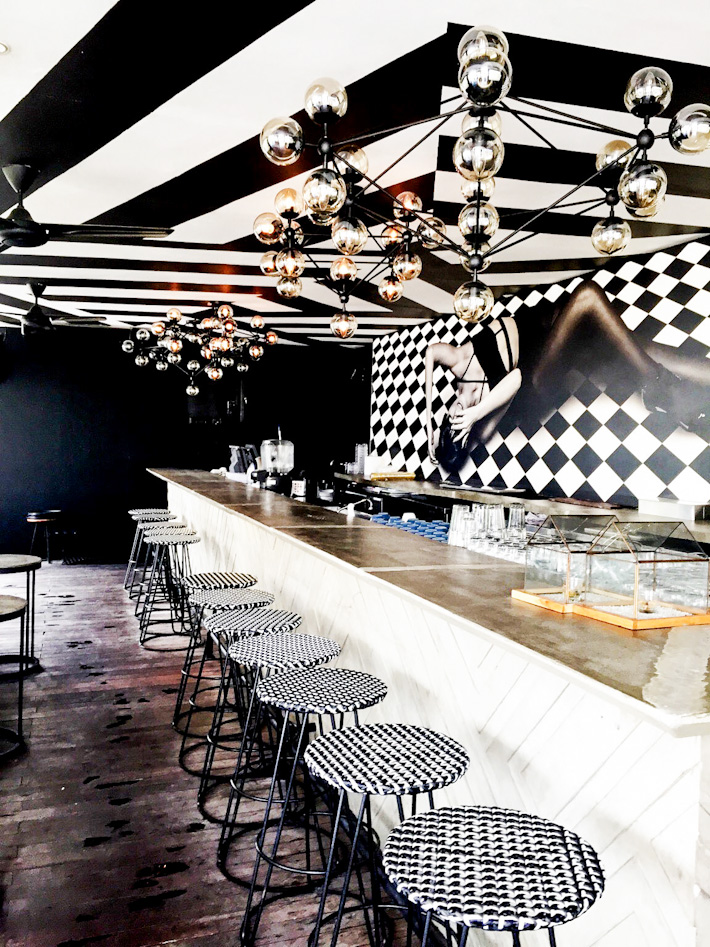 Artotel is a recommended boutique hotel in Jakarta, and is famed for the artistic themed rooms and décor. It is located right in the heart of the city and within walking distance to Jakarta’s famous street-food stretch. It is also a 5-minute drive from Jakarta’s two hugest shopping malls, Grand Indonesia and Plaza Indonesia.

Unfortunately, in Jakarta, it is not exactly safe to rent a motorbike to get around, like what tourists would usually do in Bali. Renting a car is a possible option but driving in Jakarta can be extremely frustrating due to the daily traffic congestion. A recommended option is to rent a car and a driver, but Uber has a cheaper rate and it is more often than not reliable.

TOTAL EXPENSES FOR A 3D2N GETAWAY

About the writer:
Charina Prinandita is a non-superficial person with a very superficial taste in shoes. Aside from the aformentioned shoe obsession, restaurant hopping with her girlfriends and travelling with her boyfriend sum up the few things that put her in her happy place.