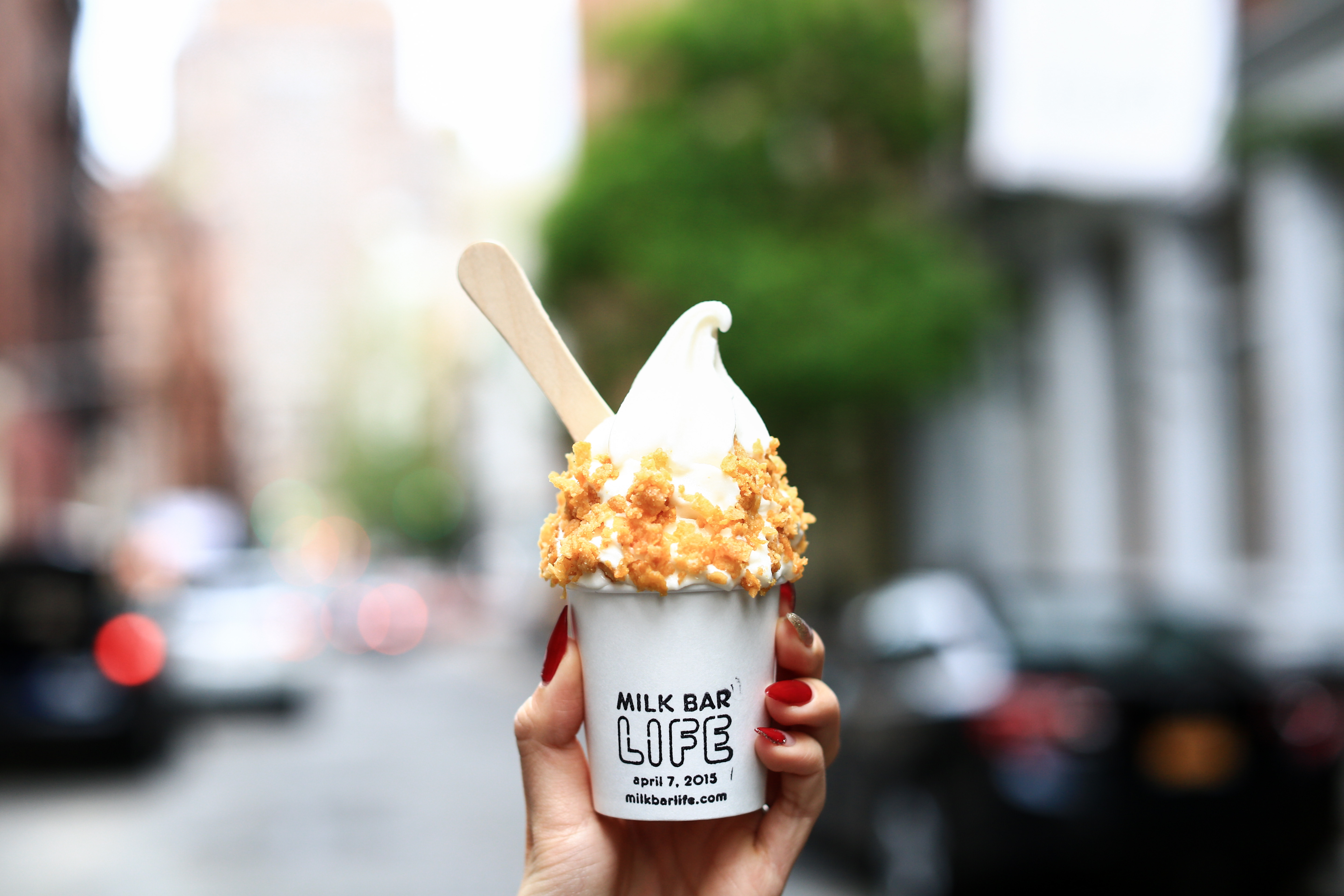 Expect to see the unexpected at Momofuku Milk Bar. From corn cookies to birthday cake truffles, the interesting menu never fails to excite its customers. The impressive mouthwatering creations are the brainchild of celebrity pastry chef Christina Tosi. You may find her familiar – she is now a judge on Master Chef starring alongside Gordon Ramsay and Graham Elliot.

Best-selling confections include Crack Pie (USD 5.50 per slice, USD 44 for entire pie) and Cereal Milk Soft Serve (USD 5 for 4 oz. cup, USD 10 for a pint). The former is a gooey butter cake with toasted oat crust, while the latter is a soft serve ice cream made with milk, brown sugar, cereal and a sprinkle of salt.

The winning formula of their addictive treats is simple yet genius – salt. Tosi’s personal preference of integrating contrasting flavours for a balance has unintentionally transformed New Yorkers’ notions of confectionary forever. Even those without a sweet tooth found themselves irresistibly hooked!

From Martha Stewart Weddings magazine to even The Tonight Show, Momofuku Milk Bar has made an appearance on almost every press possible. Over the years, word of Momofuku Milk Bar has crossed continents and became a must-eat destination for foodies worldwide. We were not disappointed – Tosi’s marvelous desserts were indeed worthy of its hype!

About the writer:
Hui Jun Ng is a staff writer for ladyironchef. She was previously a marketing executive and freelance photographer in the food industry. Her work has been published on Epicure, Lifestyle Asia and Meld Magazine etc.

I was there last year during summer. Liked the concept, but the love wasn’t there. The girls and boys in the store seemed disinterested in their job and even more so when there was a lot of people queuing for their goodies. Got to my turn at the line and damn. It was a pretty damn expensive an ice cream @@! And very salty too =.=!

Hi Lorena, thank you so much for pointing out the typo. I’ve just fixed the error