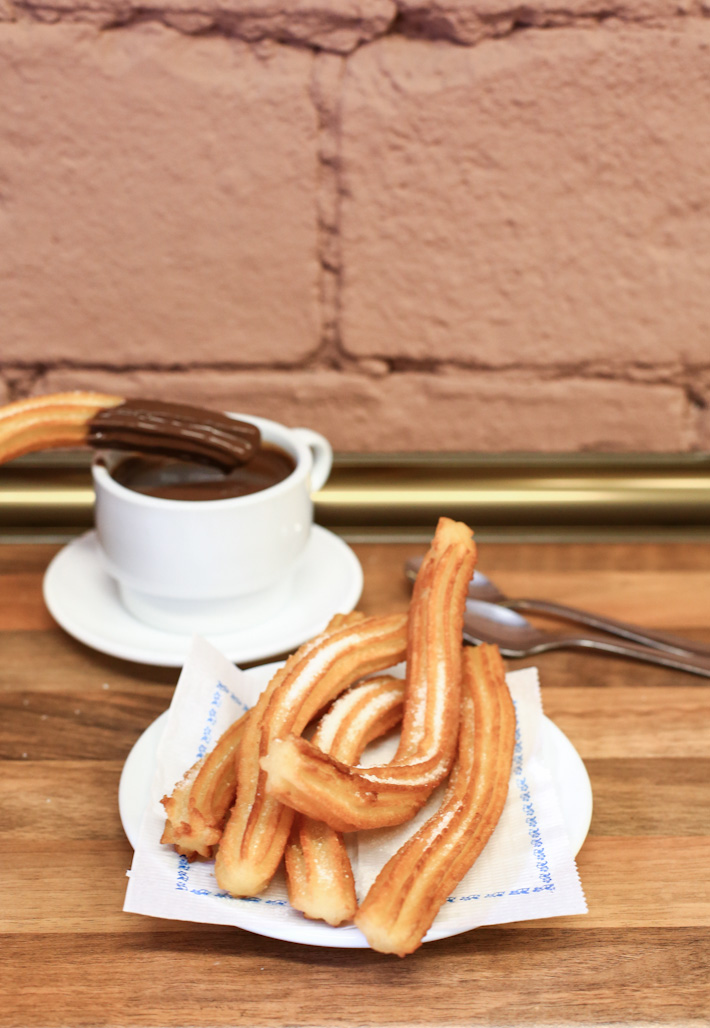 Mention Barcelona and most people think of F.C Barcelona, Gaudi and tapas. But what about churros? The fried-dough pastry is a supremely popular snack in Spain, and especially so in Barcelona. They can either be thin or thick, usually eaten with a chocolate dip, or has fillings inside like cream and chocolate. Dusted with powdered sugar, eating churros in Barcelona is a very quintessential Spanish thing to do. 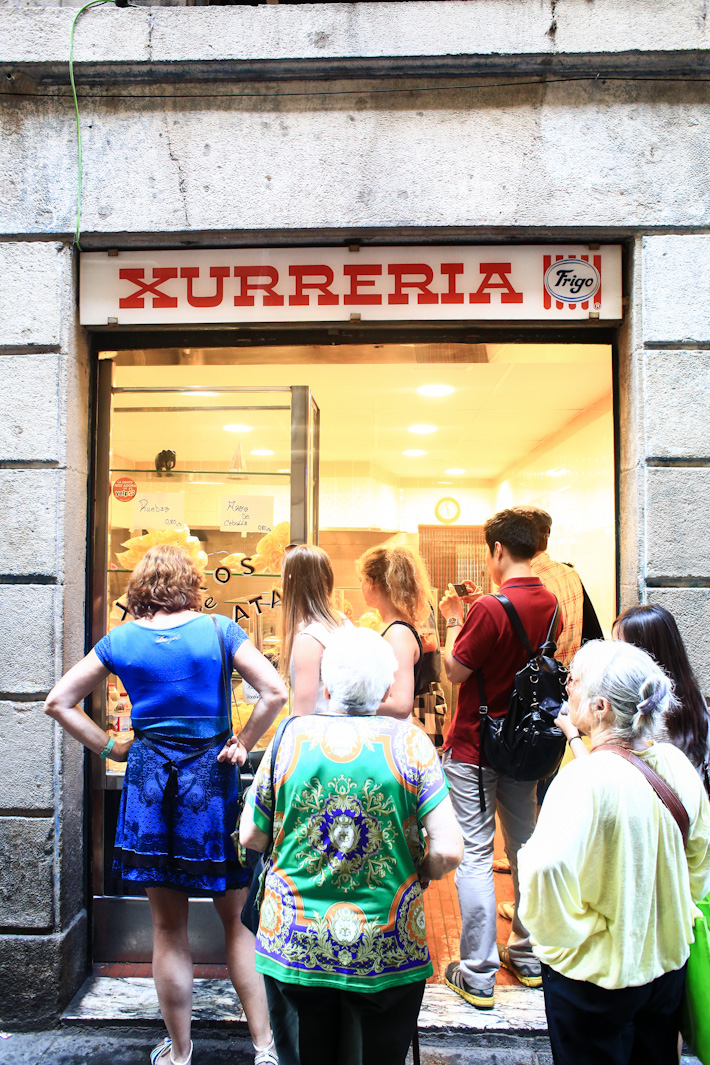 Don’t be surprised to see a line outside Churreria Manuel San Roman, a small no-frills churros shop that has been around since 1969. 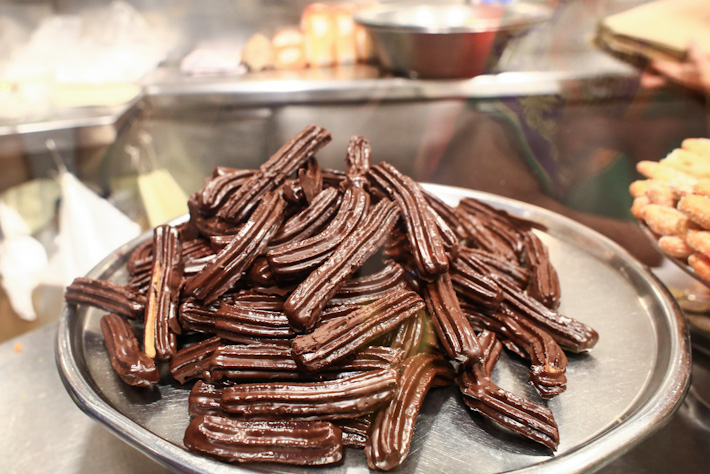 The chocolate coated Churros are lip-smackingly good. It was so good that we gobbled down a bag of churros within minutes, and went back to the shop to grab another portion for supper that night. 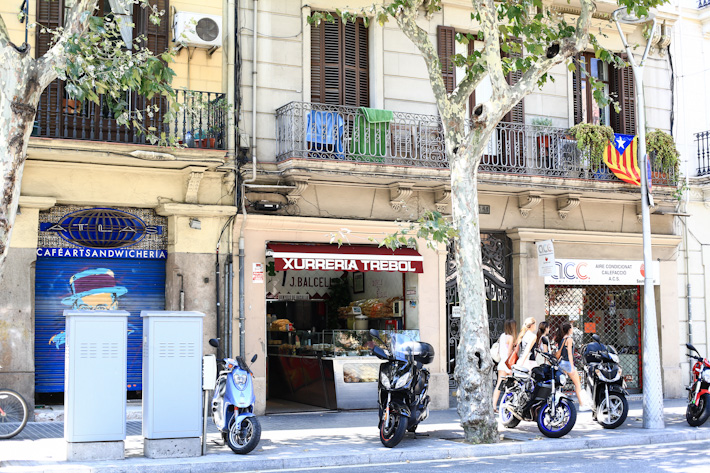 Right at one end of Passeig de Gracia – near to Diagonal station – is Xurreria El Trebol, which has been around since 1950. Here, they serve three types of churros – original, chocolate and cinnamon. We can’t decide if the chocolate or cinnamon was more satisfying. Xurreria El Trebol is also quite possibly the only xurreria in Barcelona that opens 24 hours during the weekends. If you are craving for Spanish doughnuts at night, make your way here and get your churros fix. 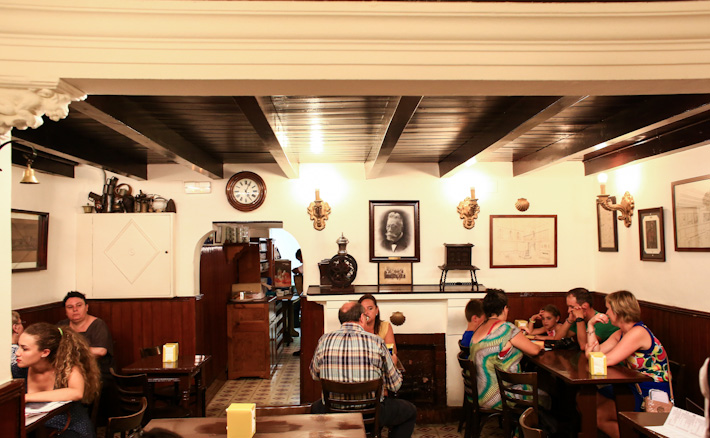 Established in 1941, Granja Dulcinea Xocolateria is an institution in Barcelona. The cafe sits pretty near to La Ramblas, making it the perfect pitstop for a churros break after exploring the area. The highlight is the Churros (€1.60), of course. But what makes Granja Dulcinea stand out – among all the churros places in Barcelona – is its hot chocolate (€2.90 – €4.20) which comes in different variations of caramel cream, Catalan cream, yogurt, and cottage cheese with sugar. So rich, so decadent, so heavenly. Besides churros, it also offers snacks like croissants, waffles and sandwiches. 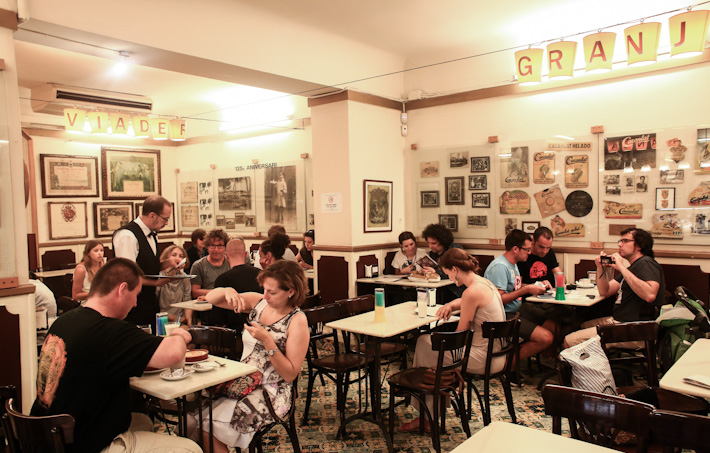 Tucked in an alley near to Barcelona’s famous La Boqueria market, Granja M Viader is an old-school cafe that has been serving coffee, pastries, hot chocolate and churros since 1870. 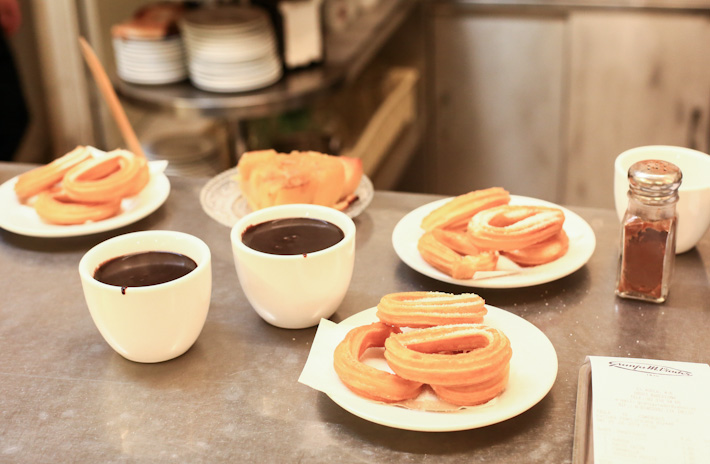 When you are in the Les Rambles area, be sure to drop by to try the signature Cacaolat – a chocolate milk drink first invented by Granja M Viader – and of course, piping hot churros. 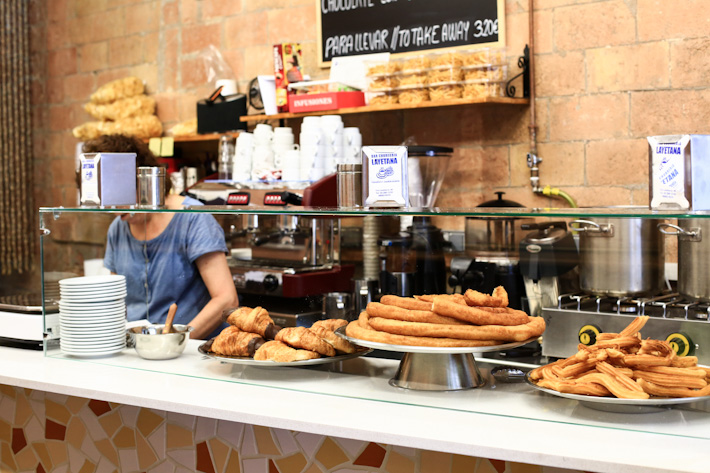 Going on a mission for Spanish churros is going to take a toll on your waistline, but the churros at Xurreria Laietana will definitely make it worth the while. Situated near Barcelona Cathedral, this churros shop has been diligently serving churros to its regulars over the past 29 years. There is only one item on the menu – Chocolate Con Churros (€3). There isn’t any seat, but you can always stand around the bar and watch the owner prepare the churros. 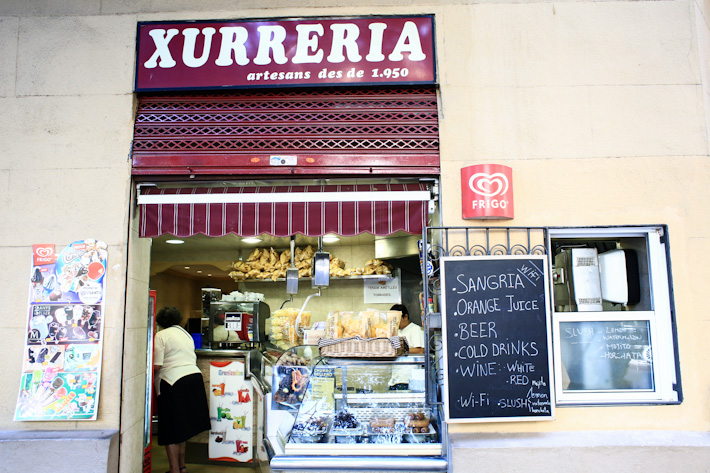 Located just a stone’s throw from Sagrada Familia – the most famous landmark in Barcelona – Xurreria Sagrada Familia is a good option if you want awesome churros. It may look like a tourists’ trap, but have faith, step in, and place your order and you are on your way to churros’ heaven. 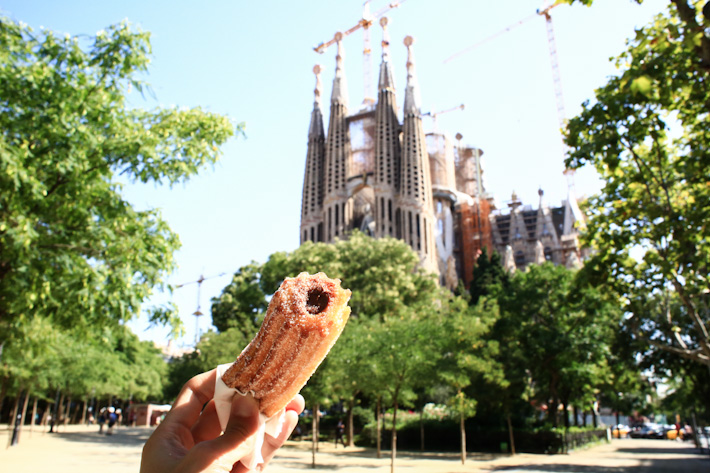 They have five different flavours – original, nutella, dulce de leche, cream Frankfurt and cream and chocolate. Get a dough stick or two here, then head over to the adjacent park to admire Sagrada Familia while munching on some churros.

For more recommendations, read our guide to Barcelona’s Top 11 Tapas Bars that you have to visit at least once.