The F&B industry is a booming one. Everywhere in the world, there are possibilities for a career.

Have you ever wondered what goes on behind the scenes in the kitchen of a restaurant? Are you interested in a career in the Food & Beverage industry? In this feature, we share with you the various roles in the F&B industry – from the restaurant’s management team, to the rank and file of the restaurant, and the hierarchy of chefs in the kitchen. Also, we have included a rough guide on the salary that each position gets.

Here is our guide to the roles in the F&B industry and how much they are paid.

In order to give you a complete picture of the F&B industry, we have included every role that is found in a formal restaurant. However, not every restaurant will have all the positions stated – in fact, most restaurants are probably short-handed most of the time and a staff usually performs the duties of multiple positions.

Besides daily operations, the restaurant’s manager also has to look after other areas like the maintenance of the restaurant, dealing with customers, managing staff, training new staff, and allocating manpower. 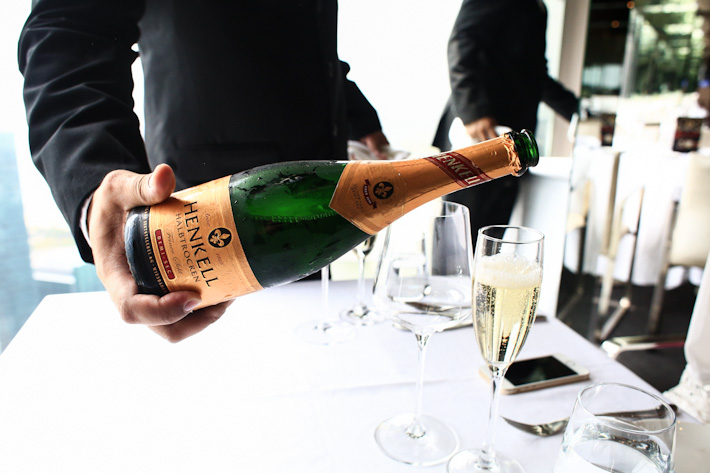 From curating the wine list to recommending food and wine pairing to guests; training the captains and service attendants for proper wine knowledge; serving wine in a professional manner; and managing the wine inventory, the sommelier (or wine steward) is a trained wine professional and is in charge of everything that is related to wines. His job is not only to maintain a healthy level of inventory, but also to look after the P&L of wines in the restaurant.

Someone who shows a keen interest in wines and is assigned to the role of assisting the sommelier.

The job scope of a Maître d’ – also known as the “front of the house” – includes recognising and greeting regulars by name; managing the restaurant’s database, reservations and walk-ins; handling private event bookings; and planning seating arrangements for customers who have made reservations. In short, the job is to make the customers happy and satisfied. 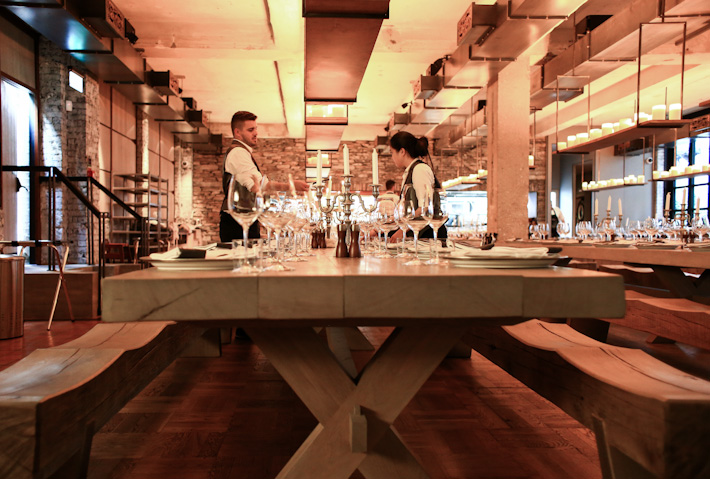 The hosts help to assist the Maître d’ in bringing the guests to their designated tables. They are also tasked to take in reservations and to handle the walk-in guests.

The captain, or senior waiter, has the most interaction with the customers and acts as the ambassador of the restaurant. He oversees a group of tables and manages a group of service attendants. His job is to recommend – and if possible, upsell – dishes and take orders. It is of utmost importance for him to have strong product knowledge of the food and wines served in the restaurant.

Like the captain, the service attendants are assigned to a group of tables and their main role is to support the captain and to ensure that everything runs smoothly. They mainly set and clear the tables, while learning more about the food and menu.

Service attendants in a formal restaurant are usually divided into two teams. One group will support the captains, while the other group will be food runners and performs other tasks such as polishing cutleries, and preparing bread and coffee. 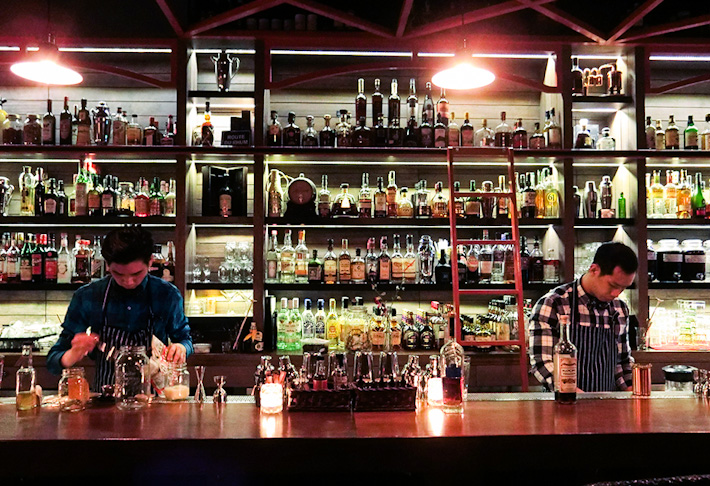 Also known as barman, barmaid or a mixologist, the bartender is the one who makes your alcoholic beverages. Other than managing the bar and taking care of the bar inventory, the bartender also has to come up with new concoctions. Make friends with the bartender and you will be well taken care of. 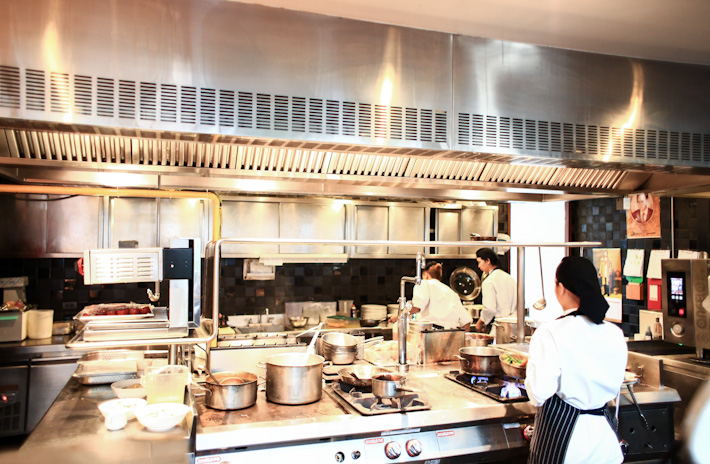 The Executive Chef – only applicable for hotels and bigger restaurants with various outlets – is the leader who looks after the big picture and determines the direction for the team. From planning the menu with the head chef, to creating recipes, managing food costs and product inventory, dictating the salary of the kitchen staff, and performing administrative work, the executive chef is the brain behind the kitchen and because of the nature of the responsibilities, this role is more of an executive position and he does not cook in the kitchen day to day.

Chief of the kitchen, the Chef de Cuisine is the one who takes charge of daily operations from liaising with suppliers, to managing staff and planning menus.

Sous chef, or literally translated as “under chef”, is the second in command who takes charge of the kitchen when the head chef is not around. In reality, he is the reliable guy who is always around and someone that the other staff look for when they need help. He also works closely with purchasing to ensure the quality of the ingredients.

Within the sous chef hierarchy, it is further divided into three levels – executive (only for hotels and big restaurant groups), senior and junior. 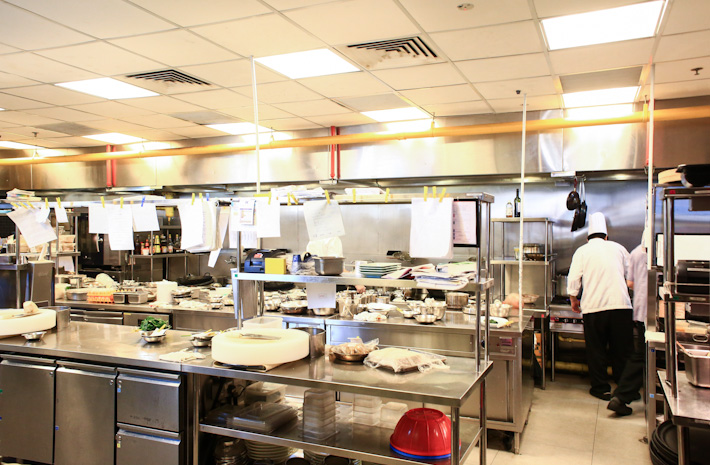 The Chef de Partie, or chef of section, looks after a certain section such as grill, sauté or pastry. He manages the line cooks and make sure that the respective section delivers the goods.

This position is given to those who show potential of having responsibility to look after a section, while at the same time, can perform his individual tasks well.

The most junior staff in the kitchen who does the most work but get paid the least. The commis is in charge of basic preparation like cutting and portioning of ingredients.

However, in reality, the commis position is slowly being removed because graduates from culinary schools will go straight into the kitchen as demi chefs. 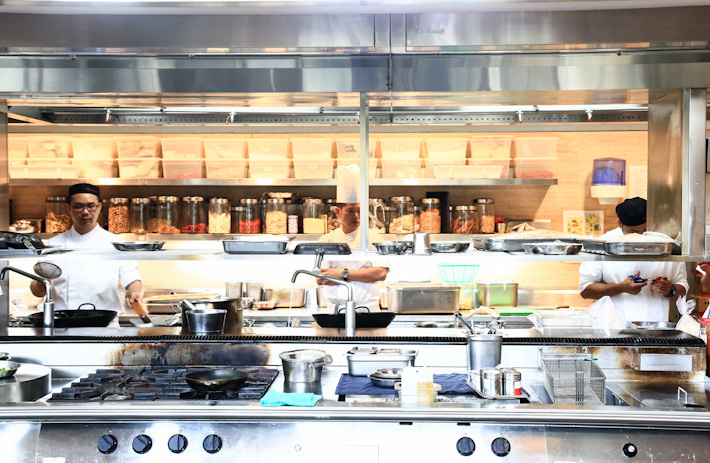 The greenhorns – usually culinary students – who are exposed to the reality of the F&B industry for the very first time.

The kitchen helper is an unskilled worker who helps to support the team by doing basic jobs like peeling onions and potatoes, as well as chores like cleaning the kitchen.

The porter does everything – from doing the dishes, to maintaining the cleanliness of the kitchen, and throwing of rubbish – in the kitchen.

thank you for this article. Good across the board clarity and the salary range presented is on the ground and not blown out of proportion. For the 14 hour shifts that many chefs put in, it’s not that much.

well all above salaries are mostly foreigner pay.. For us locals and work permit holder is very hard to get that amount.. Ahhh yes also the E/Spasses holder they also get that kind of pay.. Coz I’ve been in that field for 15years and I know better..

A year old article yet nothing’s improved, salary-wise. In fact it has regressed. I’m a local chef de partie in a very, very reputable hotel and pump in 10-14 hour days almost 6 days a week yet they’re only able to offer $1600 a month. (And that’s the going rate EVERYWHERE these days!) Sure the brand name looks good on paper, but on a day to day basis, we’re suffering. To add to the indignity, once we leave, it can be such a pain in the butt, cos they’re not the best employers to get referals from. Even with an immaculate attendance and conduct record. *sigh*

I fully agree with Bob. These figures are totally wrong. I WISHED I got these kinda pay packet you’ve illustrated here. Try not to paint the wrong picture for our young people who may want to enter this industry. Lol.

Is there a difference between local peoples pay and let’s say someone from Europe? And why