If you’re planning a trip to The Big Apple and you’re strapped for time, here are our top five neighborhoods in Manhattan, New York City worth your time of day, as well as a list of hotspots you won’t want to miss.

A lesser-known neighborhood (to the naked eye), Chelsea has one of the most vibrant gay scenes in Manhattan, albeit more commercialized over the years. Despite that, there are still noteworthy restaurants and watering holes, and sprawling flea markets where one can score antiques and vintage pieces.

A premier contemporary art district, Chelsea showcases some of the most edgy yet increasingly blue chip galleries like David Zwirner, Gargosian Gallery, Gladstone Gallery, Haunch of Venison, Petzel Gallery, as well as the recent addition of the High Line—a resurrected green space that offers walkers a bird’s eye view of the bustling neighborhood (one of Manhattan’s most popular destinations).

One of the best pizzerias in New York City is Grimaldi’s (it’s even got the thumbs up by Zagat) at Limelight Marketplace. The best part is its 24/7 call ahead for pick up that eliminates waiting in line. For something a little more opulent, head over to The Nomad for decadent classics like foie gras torchon, and roast chicken (stuffed with foie gras and black truffle). The East Village is best known for two things: drinking, and shopping—vintage shopping, to be more precise. One of the best neighborhoods to score some pretty great buys—we’re talking good-as-new Salvatore Ferragamo belts from as low as US$90—the East Village is a paradise for vintage lovers. Our favorite stores for high-end and luxury brands include Amarcord Vintage Fashion (of which said belts were purchased), Buffalo Exchange, Eleven Consignment Boutique, Screaming Mimis and Tokio 7.

Top of our list cocktails at PDT include an old-fashioned made from bacon-infused bourbon and maple syrup, as well as an aptly named Sazerac: Staggerac, of 140-proof bourbon and absinthe. If you’re feeling adventurous, check out Yellow King at Pouring Ribbons—a gin and mezcal cocktail that includes yellow pepper thyme syrup. 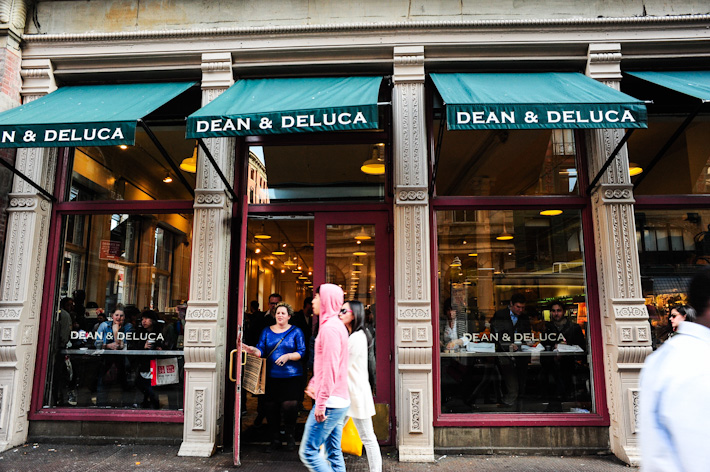 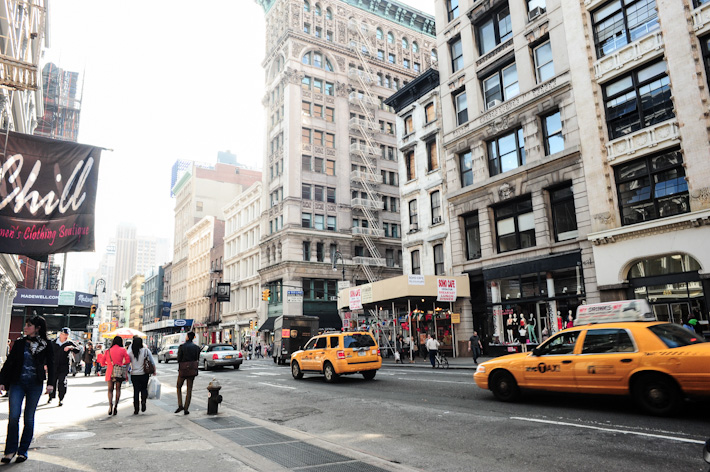 Named after the South of Houston Street in London, SoHo back in the 20th century used to be a neglected slum of manufacturers and wholesalers, followed by galleries (due to the widespread availability of artists’ lofts and architectural buildings)—eventually turning it into the new headquarters for the New York art scene that attracted the chic art crowd.

Today, the trendy and eclectic neighborhood has taken it a notch up with restaurants, shops and unique boutiques like Evolution: a taxidermied animal greets you at the door, and a plethora of anatomy merchandise like skulls and animal teeth awaits—‘nuff said.

Here is a guide to 5 of New York City’s best restaurants & most talked about eateries. From a small bar-concept Japanese diner to 3 stars Michelin French restaurant, there is bound to be one that you will like.

Popular contemporary art galleries include Museum of Modern Art (MoMA); one of New York City’s high-profile museums, and SOHO Gallery for Digital Art that will wow tourists with contemporary digital art and events—admission is free. While small, the Guggenheim Museum SoHo (don’t mistake this for the famed Solomon R. Guggenheim Museum on 5th Avenue) showcases modern art that lures curious minds back with its permanent exhibit of Andy Warhol’s series of paintings, The Last Supper. 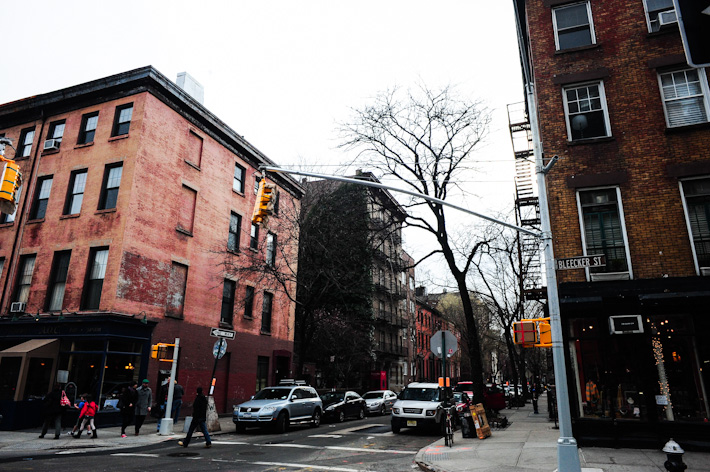 The L.A. of New York City, the West Village (located fairly near Chelsea) played a crucial role in the gay-rights movement. While the scene has since died down, shops, bars and restaurants in the West Village (along Christopher Street) still remain loud and proud.

Despite its rich and famous demographic, the small neighborhood still manages to remain cozy and picturesque with spunky joints like RedFarm—a modern Chinese-inspired farm-to-table concept that features inventive dishes like manila clams with Lousiana crawfish and lemongrass lobster broth served as a shooter, and pac man shrimp dumplings (each ‘pac man’ comes in a different flavor).

Unless you’re made of cash, a holiday in this ‘concrete jungle’ will easily set you back by the thousands. Read our guide on how to travel to New York City on a budget.

Famous for their chargrilled burger is Spotted Pig, a couple doors down from RedFarm. Accompanied by Roquetfort cheese and incredibly addictive shoestring fries, this juicy burger is a mouthful of perfectly grilled meat. If you’re up for a drink, don’t miss Employees Only that bagged the #12 spot in The World’s 50 Best Bars 2013. Head bartender Steve Schneider whips up spanking bespoke cocktails that never fail to deliver. 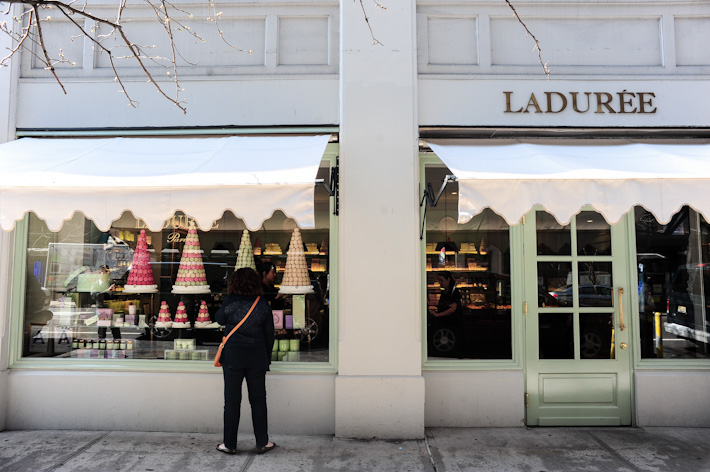 Best known for filming hit American television series Sex and The City (1998) by HBO, and recent teen drama series Gossip Girl (2007) by The CW, the Upper East Side is one of the most famously affluent neighborhoods in the Manhattan borough. Luxury departmental stores that stock high-end brands like Dolce & Gabbana, Gucci, Jimmy Choo, Lanvin, Prada, and Valentino amongst others, line the street along Fifth Avenue; Bendels, Bergdorf Goodman, Bloomingdales, Nordstroms, Saks Fifth Avenue.

About the writer
Mandy Lynn is a former I-S Magazine nightlife writer and current editor of Nookmag; her dining and nightlife features have been published in Appetite Asia, Catalog Magazine and Singapore Tatler Dining. For bite-sized food recommendations, follow her on Instagram and Facebook, or join her on a Gourmet Adventure.

This list is so 2006, right out of Style City NY and obviously not written by someone who lives in Manhattan or even NYC for that matter.