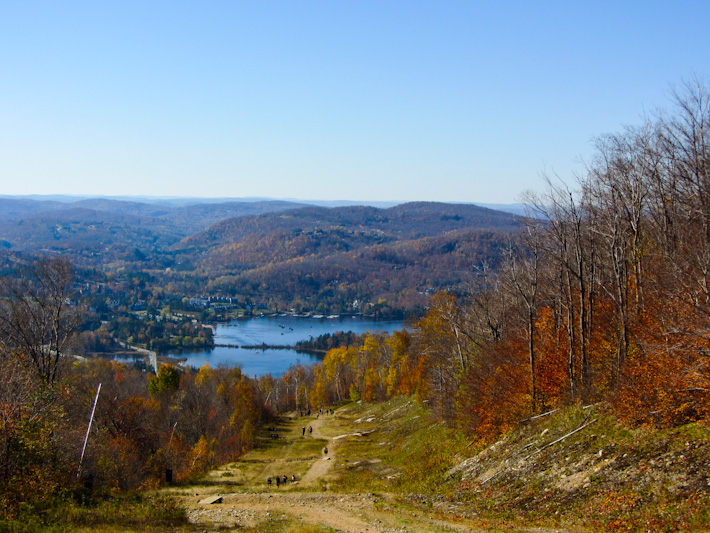 There are many reasons to love this city. Organically stylish, hipster, and creative city, Montreal is hard to miss on the international radar of coolness. If there’s such a thing. This is not a travel guide, this is not a Top 10 list, this is a slice of local perspective on why Montreal is so amazing!

The streets are always dead quiet on Sundays, since everyone is still hungover from last night’s partying. Brunch seems to be the only plausible explanation for being up before noon on a Sunday. Whenever I’m feeling indulgent, I’d hop onto the 55 bus and head straight to Sparrow, a bar turned Best Brunch Spot Ever come weekend. My favourite is the Red Velvet Waffles with crème frache, maple syrup and seasonal fruits—a beloved dish so popular that it is here to stay from the summer menu. Neptune (Eggs Benedict with salted cod cakes), the first dish I had at Sparrow, has made a comeback this winter!

I’d always imagine myself being the chic girls sipping on Mimosas but I can never pass up Sparrow’s house blend coffee. It is a bottomless cup, so I never shy away for seconds. To get to Sparrow, take bus 55 and get off at Boulevard Saint-Laurent/Fairmont intersection. 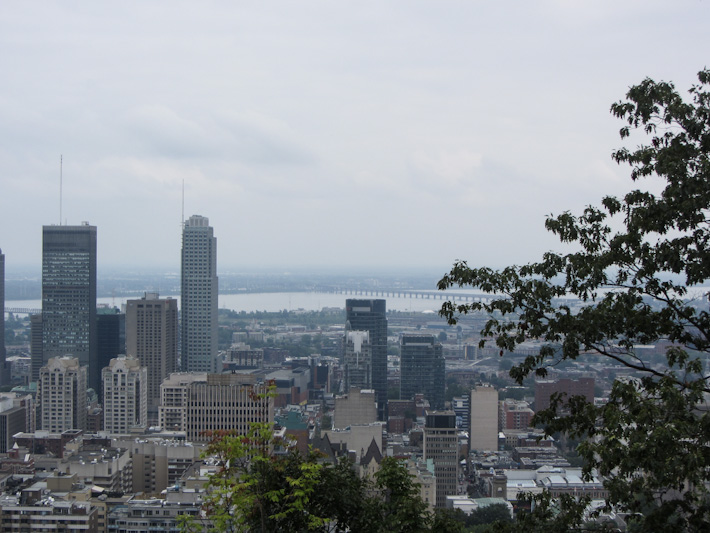 Then there was that crazy time when I faked the whole health buff thing and hiked up Mont-Royal, the namesake of this city—in French pronunciation, the ‘t’ in Montréal is silent. Mont-Royal is gi-normous and spans over several neighbourhoods, but I took the Peel entrance which was the easiest one and finally made it up to… the Kondiaronk Belvedere. A wide, grand, Classical-style lookout, the view of the city was stunning. Nope, I did not make it up to the summit. Next time round, I’d be sure to take the 11 bus to cover places I missed, like Beaver’s Lake and St. Joseph’s Oratory. 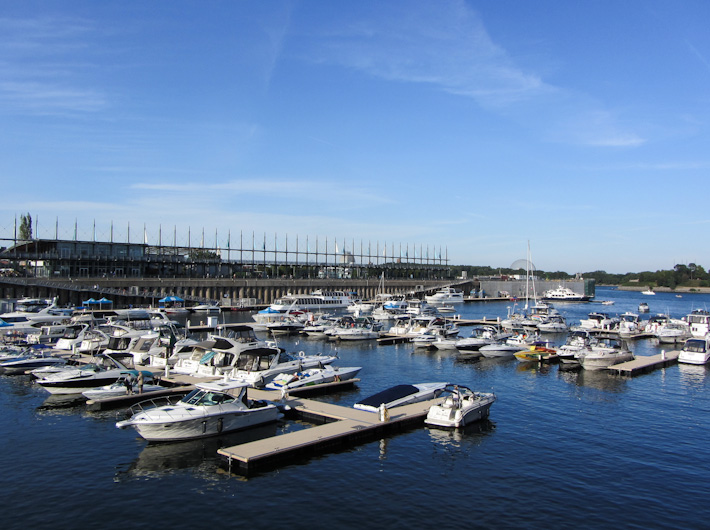 J’aime Montreal for… its Continentalism

Due to Montreal’s French-Canadian heritage, it is more Continental than its North American counterparts— which I absolutely love, because walking into Old Montreal is a bit like making a trip to Europe without an expensive air ticket.

Old Montreal is the historical and oldest part of the city, a testament to the city’s founding by early French settlers way back in the day. It is mainly a tourist site now, with lots of stunning art galleries, fancy restaurants, the inescapable souvenir shops and historical/cultural places of interest. The Notre-Dame Basilica is a must-see with its amazing Gothic-style architecture. Trivia: Celion Dion got married there! There is no speaking of the Continent without beautiful architecture and cobblestone streets. The Old Port overlooking the St. Lawrence looked very Nice, or Monaco, or St. Tropez for that matter. Come nightfall, the streets are lit up by soft lights creating a very romantic atmosphere. It’s apparently very different in the winter, where the skates and Christmas lights are out in fall force. More on that later, once I’ve experienced it! 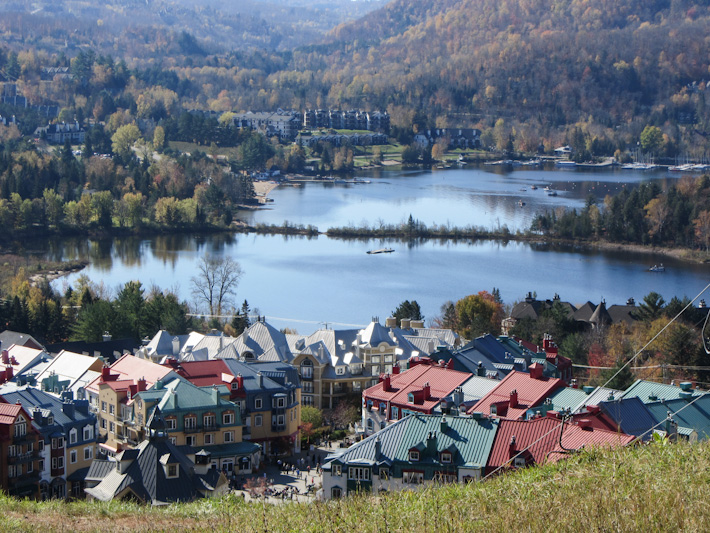 J’aime Montreal for… introducing me to slow-living

Living in a concrete jungle for 5 days in a week makes me want to prison break by the 6th. Occasionally, I’d have a chance to visit the Quebec countryside. A mere 2 ½ drive from Montreal is all it takes for a change in scenery. 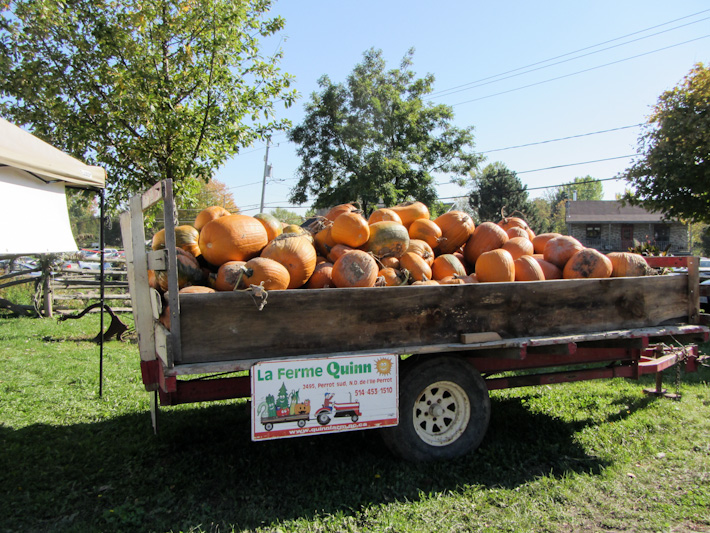 En route to Mont-Tremblant, swaths of golden yellow and bronze red of untamed, sprawling forests made me go, “Now this is the Canada we see on postcards!” Primarily a ski holiday destination, Mont-Tremblant is also popular for maple-viewing in the fall. Quebec is also famous for its orchards and wonderful farm produce, it was no surprise how much I enjoyed an apple-picking trip to a pick-your-own orchard from almost 2 years ago. Pay a fee and apples of every variety (Mac, Spartan, Gala, etc.) are for your taking. I desperately wanted a small pumpkin in the carts outside too.

I always thought I was an urban kid at heart and would get bored to death in the country. I was proven wrong – the leisurely pace, fresh country air and breathtaking scenery all but converted me into a Nature lover! For when the weekends are short, I’d take my escapade into cafés to sit around and space out for a bit. It might be a weird place for meditative contemplation with its eclectic décor, but Chez Jose is a nice place to chill. Though, who am I kidding, really? I’m there for the chouriço sandwich Portuguese salty meat dripping in its own fat. It reminds me a whole lot of salami, but I’m not sure if that’s the right reference.

Café Santropol is where I go sometimes, for its mega-sized sandwiches with thick slabs of its specially-customed rye bread. They have the prettiest courtyard tucked away at the back, a great place for hanging out with friends. Although, I’m not about the give up my usual spot within the off-beat, wooden, vintage (it’s real vintage folks) indoors anytime soon! 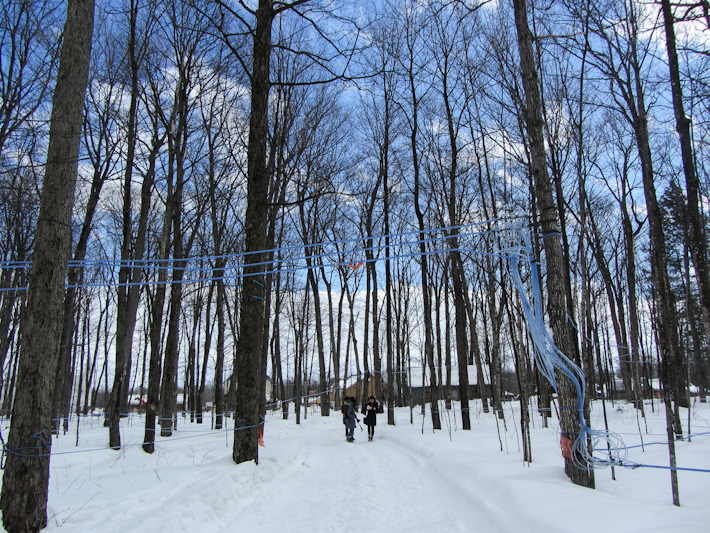 About the writer:
Ng Jie Yu is a final-year undergraduate student at McGill University in Montréal, Québec, Canada. She is currently studying English Lit, with a minor in History (European region). Jie Yu loves writing, fashion, food and travel; she hopes to be an author someday.