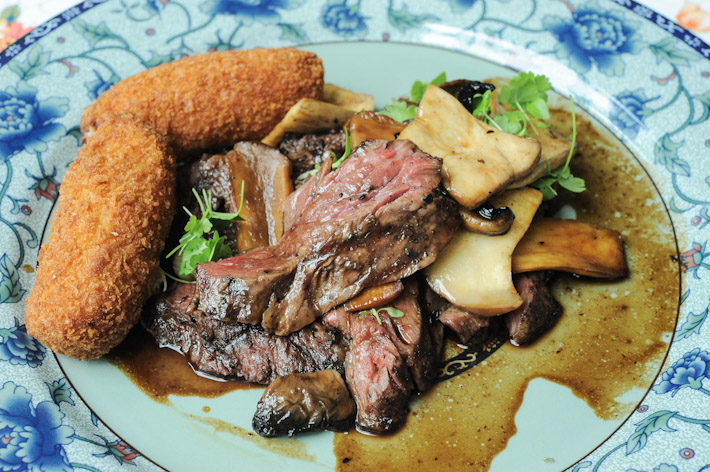 You may be familiar with ribeye, tenderloin and sirloin, but have you heard of other relatively unknown cuts like skirt, flat iron and hanger steak? Here is a beginners guide to the different cuts of steak. Read on to find out which cut suits you best. 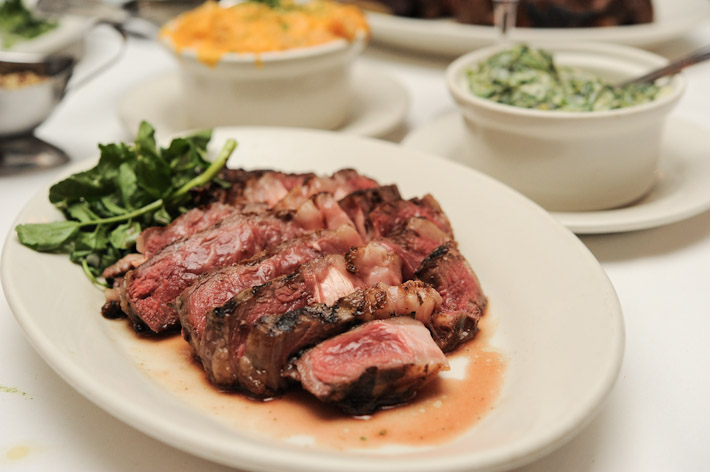 The ribeye – also known as Scotch Fillet, Beauty Steak or Delmonico Steak – comes from the area near the rib, so it has good marbling with a nice amount of fat in the centre to give it the distinctive concentrated flavour. Suffice it to say, it is easy to understand why this is usually one of the top sellers in steakhouses.

Tenderloin, or eye fillet, as it is known in certain parts of the world, is cut from the middle of a cow. As the muscle is less utilised, it is very lean and tender. Tenderloin is the crowd’s favourite because it is lean and does not contain too much fat. Also, it is a cut that is easy to cook and eat. 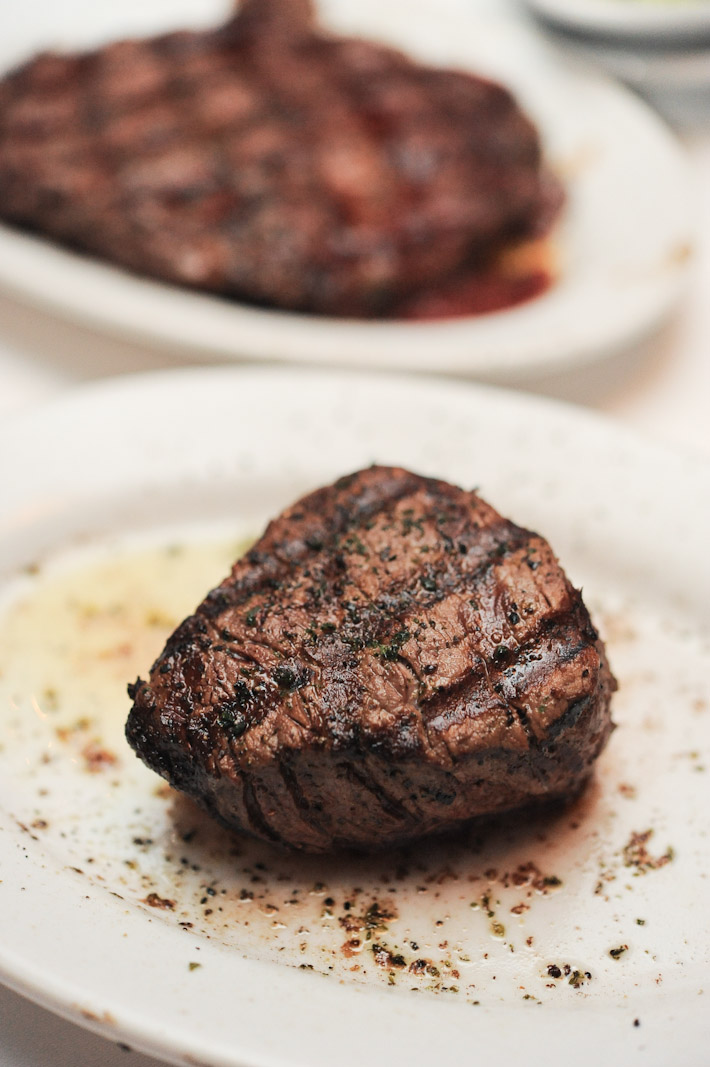 This cut is taken from the end of the tenderloin. It is extremely tender and has no fat as the muscle does not have to work. I am not a fan of Fillet Mignon as I prefer to have some fat in my steak. This cut, however, is perfect for
ladies.

The Flank is a beef steak cut from the underside of a cow. This part of the muscle is well-exercised, making it a naturally lean cut. Most people would probably be familiar with the flank steak as it is used for Fajitas and also as stir-fried beef in Asian cuisine. 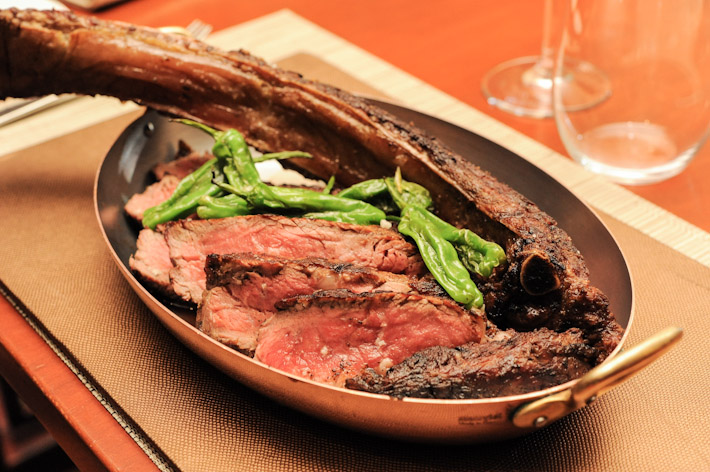 The T-Bone steak, recognised by the distinctive T-shaped bone, is cut from the centre of the short loin and it comprises both the top loin and tenderloin. Porterhouse, on the other hand, is from the rear end of the short loin, thus has more of tenderloin steak. In general, they are expensive in steakhouses as they contain meat from two of the most prized cuts of beef. My favourite is the Bistecca alla Fiorentina, T-Bone steak prepared in Fiorentine style, an exceptional charcoal-grilled steak that is tasty and flavourful; it melts like butter in your mouth.

A relatively unknown cut, the Flat Iron Steak has been gaining popularity in recent years as restaurants start to offer this cut on the menu as a more affordable option. For instance, Prive Grill is serving a 200g Australian Flat Iron Steak for just S$38, while The Prime Society has a Black Angus Flat Iron for S$48. 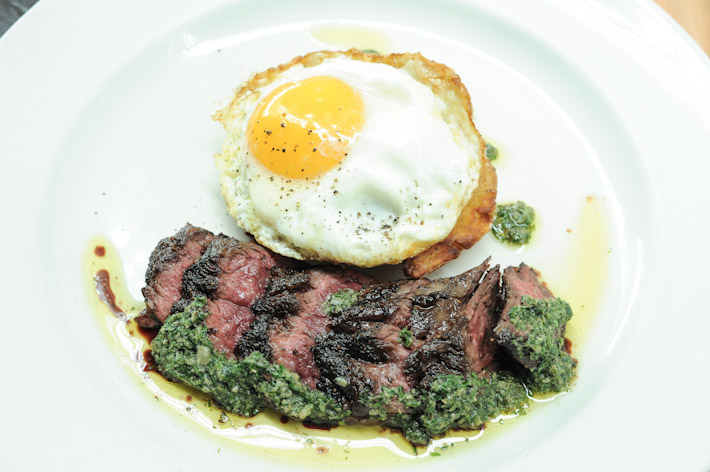 In an attempt to save on cost and to provide more variety, more restaurants are starting to offer alternative cuts instead of the more expensive cuts such as ribeye or strip. The hanger steak is one of them. It is inexpensive (usually you can get it for S$30), flavourful and rich. I have had several good hanger steaks recently. I would recommend going to Barracks Cafe, Osteria Mozza or Suprette at Kam Leng Hotel for their hanger steaks.

The skirt steak is a cow’s diaphragm muscle, located in the area just below the ribs on the cow. For what it lacks in tenderness, the skirt steak more than makes up for it with flavour. Most importantly, it is an inexpensive cut, and provides good value for money. The new Skirt at W Hotel Singapore serves the namesake Skirt Steak on its menu.

What about Prime Rib?

the hanger steak, also known as the onglet, is actually what you will usually get when you order steak frites at French bistros. traditionally known as the butcher’s steak, it’s so named because the butcher would keep that part for himself while selling the rest of the cow. if you’d like you could read more here:
http://www.seriouseats.com/2012/05/the-best-inexpensive-steak-for-the-grill-hanger-steak-hangar.html
cheers

sorry to say, it’s not that because it is not the muscle doesn’t have to work that means there is no fat. it means that there is less connective tissue and less fibers, so it is more tender.

where is the first picture of the Hanger Steak from?
It looks good.

Prime is the grading. So are Choice and Select.
Select < Choice < Prime
Prime have marbling and are usually the ones sold in rstns/hotels etc. They "melt in your mouth, if cooked properly.
Select and Choice, the ones that are sold in supermarkets, usually have more "bite"/"chew" and flavor (depends largely on the range/farm the meat is from).

Rib = rib portion of the beef.

Quite an awesome breakdown of steak cuts

There are so many different cuts, I think its only fair that the common cuts are stated. Not true that they only use hanger steak for french steak frites. L’Entrecote’s steak frites for example uses ribs cut(entrecote).

pretty much every part of the cow can be used as steak, but only a few parts actually taste decent