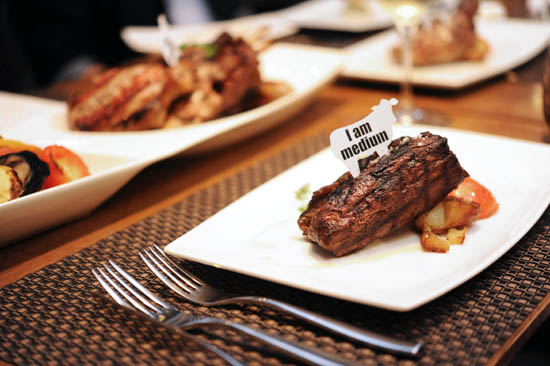 The Singapore Food Scene is unique as it is shaped by the many international cuisines that you can find here. Now, food lovers can rejoice with Salta Argentine Parrilla + Grocer being the first Argentina restaurant in Singapore.

Just exactly what is Argentina food? From what I understand, Argentine cuisine is strongly influenced by European cuisines, and their diet consist mainly of meat.

A few of us were late and it was almost 9pm by the time the food was served. Needless to say, we were extremely hungry and everyone was glad to see a table full of meat. 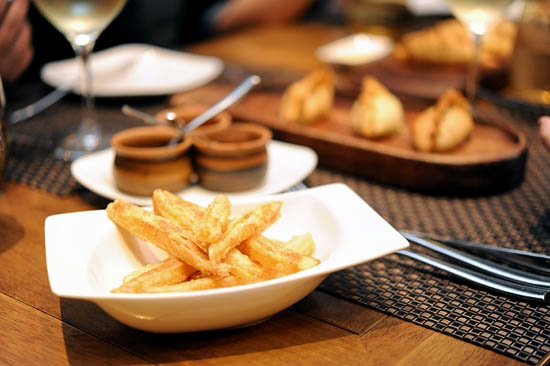 Salta Argentine restaurant has quite a few interesting Argentina appetisers like the Matambre (stuffed beef roulade), Molleja (grilled sweetbread) and Salchicha (grilled pork sausages), but to save our stomachs for the main course, we only had the Empanadas and the Sweet potato fries.

You have heard of Barracks Cafe’s truffle fries, but have you tried Salta’s Batatas Fritas sweet potato fries ($4)? Essentially, they are deep fried sweet potatoes, and I feel that they actually taste better than most fries.

Empanadas ($6 for 3) are pastries filled with meat and vegetables which are well known throughout Spanish speaking countries, being one of the signature dishes of Argentina food.

The Empanadas from Salta were shaped like curry puffs, but the pastry was slightly drier to help to soak up the sauce of the filling. If this is your first time trying Argentine cuisine, be sure to try the Empanadas at Salta restaurant. 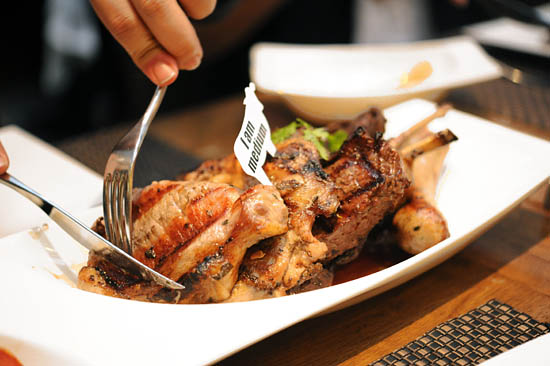 After the two starters, we dived straight into the grilled meat from the Argentine Parrilla menu, with most of the items being priced between $20 to $30.

The chicken was surprisingly good. It was succulent, tender and very juicy. On the other hand, the rack of lamb wasn’t as well-prepared. Maybe it was down to personal preference, but I thought that the meat had a rubbery texture and there was a very strong gamy taste. The pork from the platter did not taste as good as the Black Hog Pork Loin which we ordered separately, and rightfully so since it was a lower grade of black pig. Both the beef skirt and sausage were good and hearty, but nothing much to shout about.

I am not sure if we were too hungry, but I felt that the platter did not have enough meat to serve four. 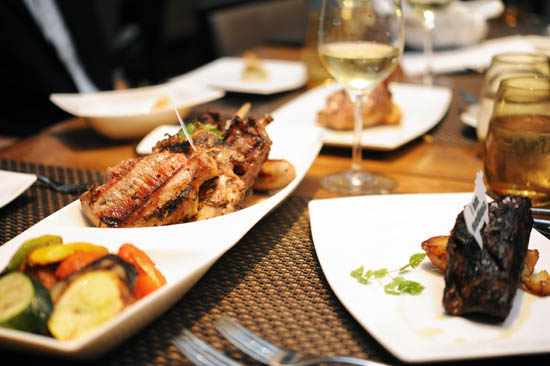 Picking up the fork and knife, I had my eyes on the prized black pig. We started to slice the meat eagerly, and boy, it was good!

Intensely, and wonderfully flavourful, Salta’s Black Hog Pork Loin (first photo) had just the right bite and in fact, this was the most memorable dish of the night. Well, I could be biased since I love pork, but really, you must try this if you are going to Salta Argentina restaurant.

We also had a separate order of Beef Tenderloin, but I cannot really remember much of it as I was too distracted by the Black Hog Pork Loin. Longingly — like a kid with his nose pressed to the glass outside the toy shop — we watched as the last of the meat was gone. 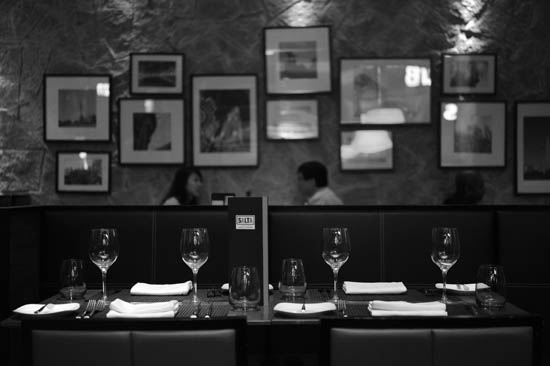 In many ways, Argentine parrilla is similar to the Brazillian Churrascaria, except the delicious grilled meat is portioned individually instead of being served on a skewer.

This was my first time having Argentinian food so I was not sure what to expect from it. Before I went to Salta Argentine restaurant at Icon Village, I did a quick search on Google and learned that the Flan De Dulce De Leche is one of the popular desserts amongst Argentine cuisine. I was actually scanning through the dessert menu before ordering the main course. The chocolate volcano cake also caught my attention, so imagine my reaction when we missed the last order by the time we were done with the meat.

For those of you who are still looking for a nice restaurant to have your Valentine’s Day Dinner, you can consider Salta Argentina Restaurant if both of you are keen to try Argentinean cuisine.

Is this an invited food tasting?

Just a friendly comment, that the number is missing one number. haha. cheers.

Awesome! I knew Argentina loved their meat. I’ve gots to visit the country at some point.

Hey, I’ve come across your blog and I love it!
Anyway, have you tried this Argentinian’s curry puff called ‘empanadas’? It’s on 9 Golden Mile Food Centre at level 1, I don’t know the stall number, but it is a corner stall, opposite the Tiong Bahru Roasted Pork (#01-70).

The stall sells pu tien noodles, pizza and empanadas. The lady learned to make empanadas in Argentina. You should try it especially the onion mozzarella.

Unfortunately, she said she will open until 20th July 2011. And don’t come on 18-19th July because it will be closed for cleaning.

I attended an event at SALTA this week, and to be frank this is the worst restaurant I have ever been to. The meat was delivered cold to our table, the slices were so thin and overcooked it was like eating leather. The service was so bad our host needed to pitch in and pour wines for the 40 guests. No one was happy with the meat, so we insisted on pasta. Straight from the cardboard box to us, awful, awful, awful.

We have lived in Singapore for 5 years, Hong Hong for 2 years, Finland for 5 years, and Australia and this restaurant is unequivocally the worst place I have ever been. Do not waste your time, money and save your stomachs from a culinary disaster.

40 other people echo my sentiments. I hope they close soon.