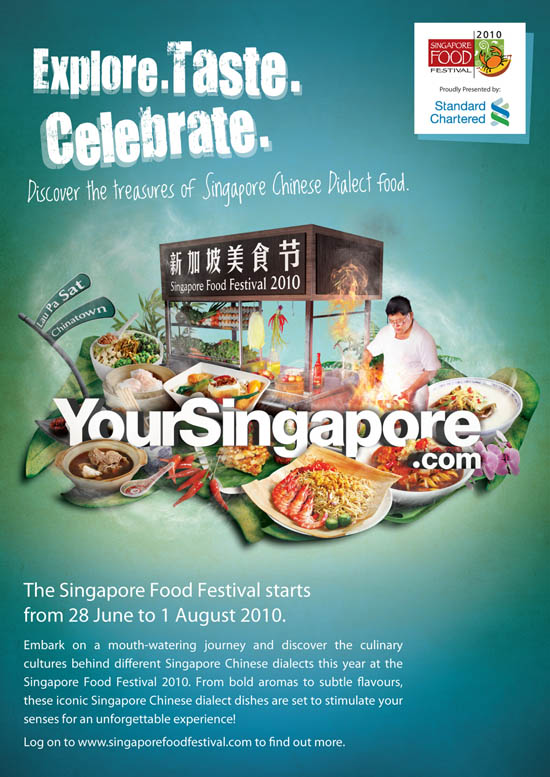 The Singapore Food Festival is an annual event that’s organized to promote Singapore Best Food to the world. I remember the theme last year was ‘celebrating our unique food heritage the Peranakan way’.

When I received the email press release for Singapore Food Festival 2010, I was pleasantly surprised to see that the SFF is focusing on specialty dishes from the various Chinese dialect groups – the Hokkien, Cantonese, Hakka, Hainanese, etc.

Are you ready to pig-out at the Singapore Food Festival 2010?

At the Singapore Food Festival Press Conference held at Mandarin Oriental Hotel recently, we were given a sneak preview of all the different Chinese dialect specialty dishes. 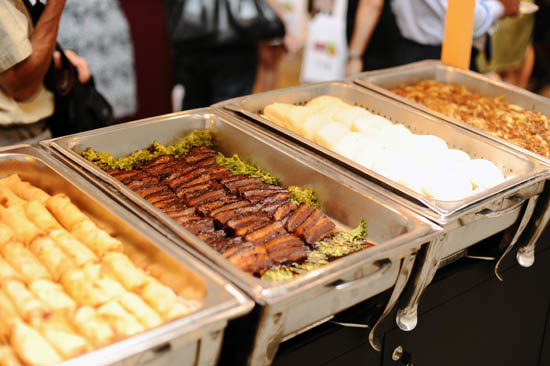 Reason #1 why I can never be a journalist: I was too busy gobbling down all the food while the real journalists were scrambling to get exclusive interviews from the key personnel.

It’s evident that I was very lazy, and I didn’t manage to take much photos of the delectable offerings from the different dialects. Let me makeup for the lack of photos with words, so it’s time for you to use some imagination. I attacked the Hokkien cuisine kiosk by the Gim Tim group first. Attack is an understatement since I grabbed three Kong Bak Pau and wolfed it down immediately. The braised pork was so fatty, and tender and of course sinful. It was such an indulgence, and I half regretted my decisions afterward. But hey, who cares really? 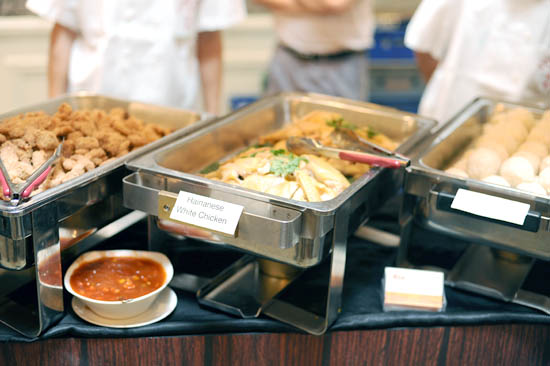 Since the venue was held at Mandarin Oriental Hotel, it was not surprising to see a food kiosk by the hotel’s Chinese restaurant Cherry Garden. Naturally, the center of attention went to their popular roast pork belly. It was easily one of the best roast pork that I’ve had before. Everyone queued up for this, and it was gone in a Jeffery! The other food bloggers, Camemberu, TheHungryCow and I simply camped directly beside the food kiosk. Needless to say, we had many helpings of the excellent roast pork. The sesame-ginger chicken offered by Mandarin Oriental was really good too!

Food is always the most exciting part at Media Press Conference!

Here’s the rest of the lineup for Singapore Food Festival 2010:

Have a good feast at the Singapore Food Festival 2010!

Your posts always make me so hungry that I want to hate you but I can’t resist looking it!

Hmm.. the food looks so good! The food pictures in your blog are so appetizing at 2am in the morning. I’m getting too hungry! (: xx

ruiting: you know you love me! xoxo

charlene: hahaha yeah if i am not wrong, the major events all happen during 16th to 25th, but there are some fringe events which is spread throughout the month.

Shirin: hehe why are u not sleeping at 2am? go grab some food when u wake up!

are u coming to the clarke quay event? hahaha. ring me if u r here on a weekday!

Hi, you didn’t exactly comment on food taste and quality, just what you attacked. Can you pls? Cos that’s also why they invited u right?

Which of the food stalls have the most delicious nosh?

daphne: hahaha i am not going, it’s gonna be so crowded!

yc: i have a weakness for Hainanese pork chops and kong ba bao, so i will definitely think that both of them are the most delicious! And also cherry garden has one of the best roasted pork in Singapore! : )